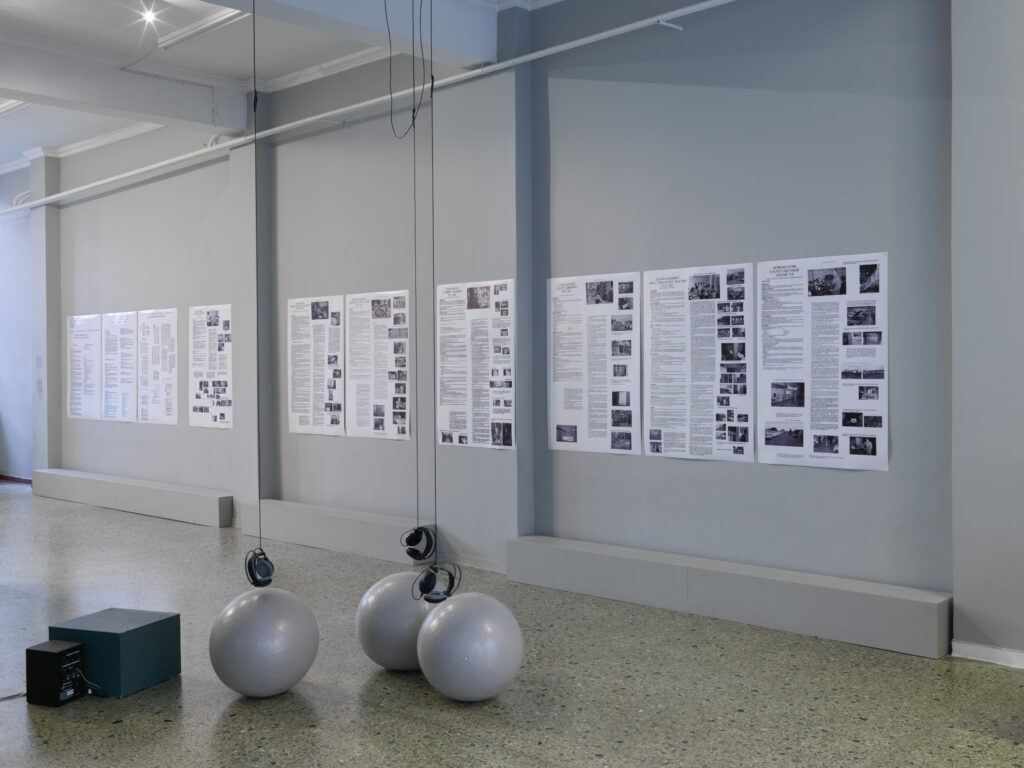 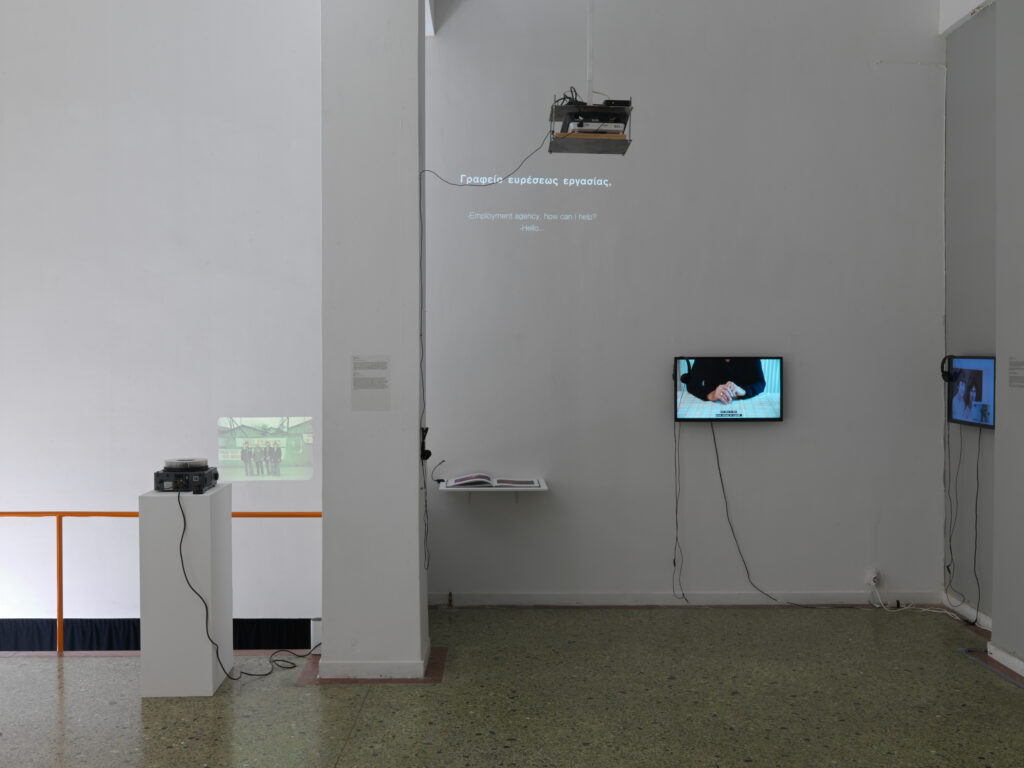 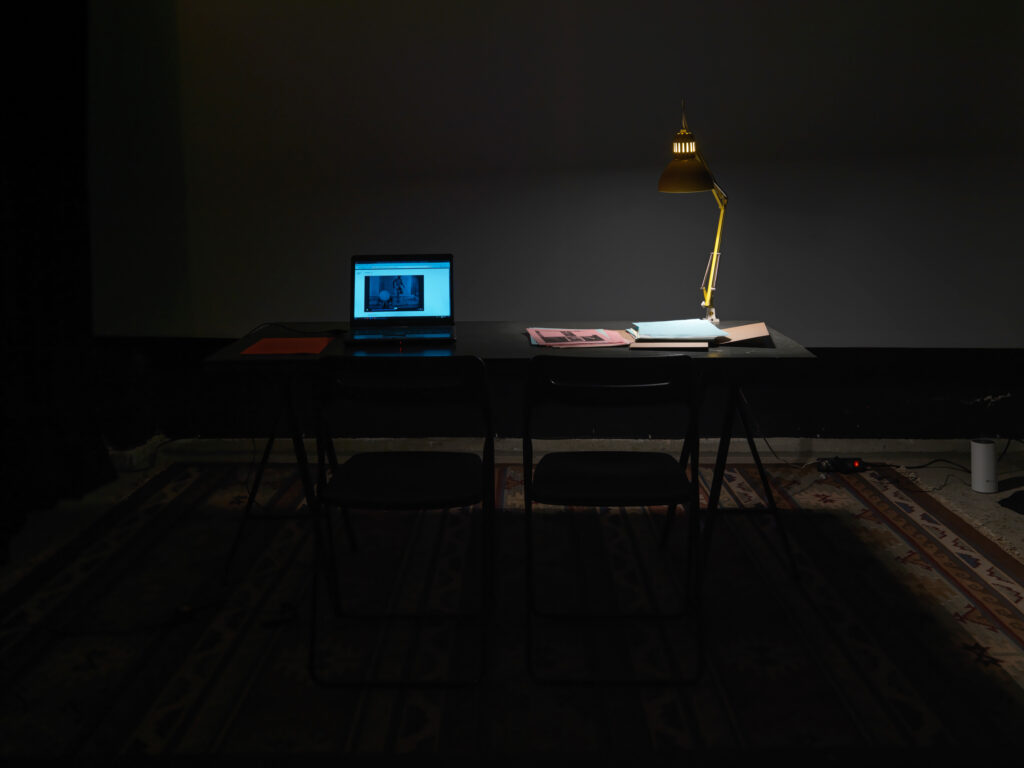 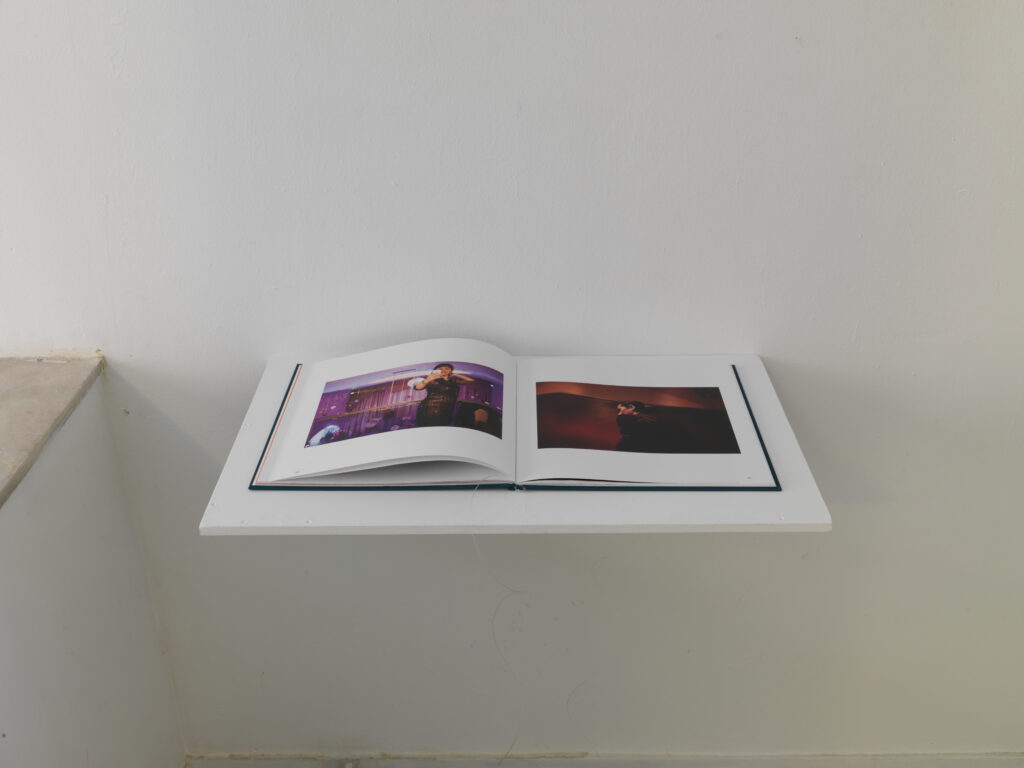 With the exhibition Waste/d Pavilion, episode 1, the Temporary Academy of Arts (Elpida Karaba, Yota Ioannidou, Vangelis Vlahos, Despina Zefkili) inaugurates its collaboration with State of Concept Athens, by taking over its artistic directorship for a year and presenting Waste/d Pavilion, a project which comprises exhibitions, public events, performances, educational activities, screenings, lectures, workshops, discussions and readings around the thematic axes of waste, surplus and abject.

“For Work, about Work, by Work.” These words, used by American artist Fred Lonidier – a core member of the San Diego group that adopted the methods of conceptual art for the purpose of social documentation in the 1970s – to describe the essence of his work, could serve as a leitmotif for the first episode of the Waste/d Pavilion. Although Waste/d does not focus on a strictly delimited theme, episode 1 revolves around different waste/d bodies and places and their claims. Looking at labor in the cultural sector itself, such as the violent occupation of the National Theater in Tirana, where art became a front for the controversial real estate projects of former artist and current Prime Minister Edi Rama.

What are the new wastes of the ongoing “crisis,” with the current war bringing to the fore how expendable and exhaustible human lives are and reminding us once again of the urgency of the energy-related crisis. Can we attempt to write a new social contract? And what can be the role of art and culture in that?

The opening text “Europe after Eurocentrism?” by Chiara Bottici and Benoît Challand, included in the publication accompanying episode 1, invites us to rethink the European project in a global context, characterized by mass migration, the challenges of establishing new forms of citizenship, and the new forms of oppression produced by war and climate change.

*The project of Pegy Zali and Xenia Kalpaktsoglou is a collaborative exhibition within the exhibition with the following participants: Danai Anagnostou, Ofrah Fergal Kasei, Lysimachos, Ioanna Mitza

The programme ‘Coalition of the Care-full’ is part of :

The European Pavilion enables cultural spaces to experiment and reflect on Europe. To question, discuss and define what Europe is and what it could become in the future. To tell stories, to imagine, to question. Is there a more appropriate venue for such an undertaking than the European Pavilion?