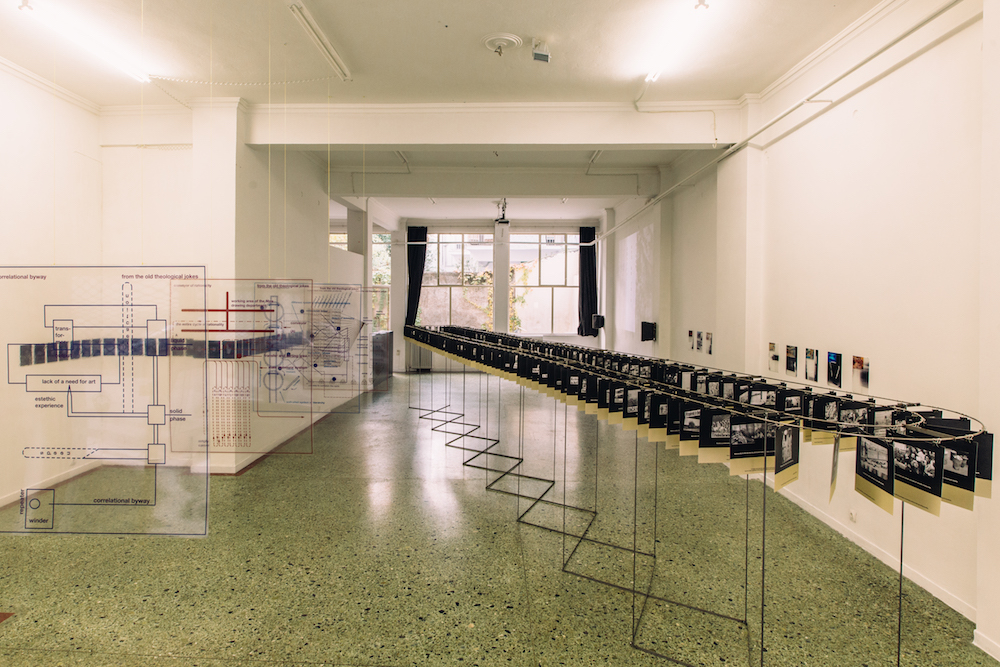 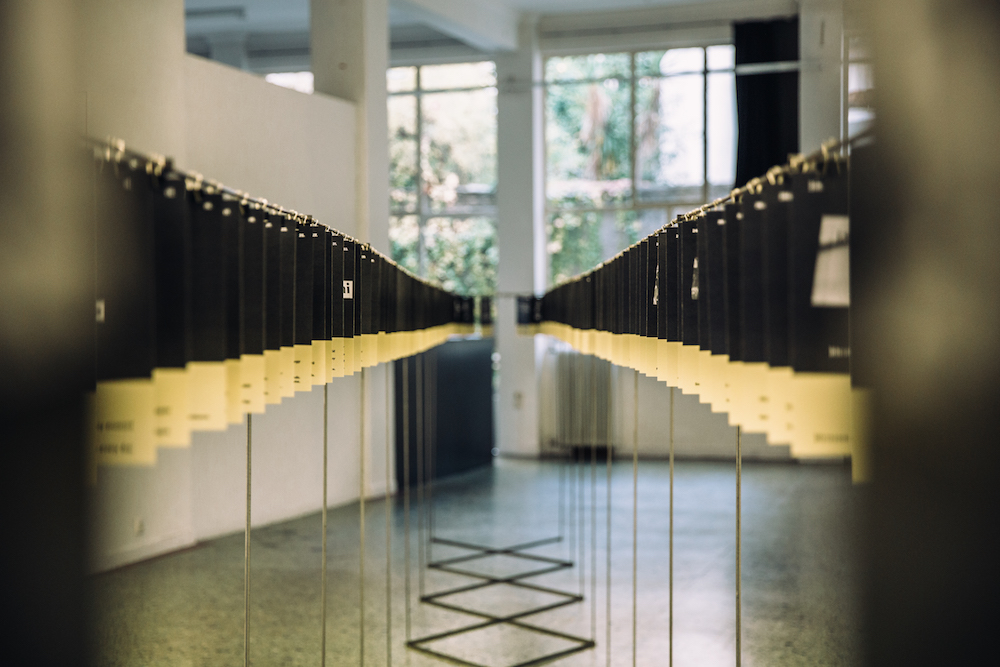 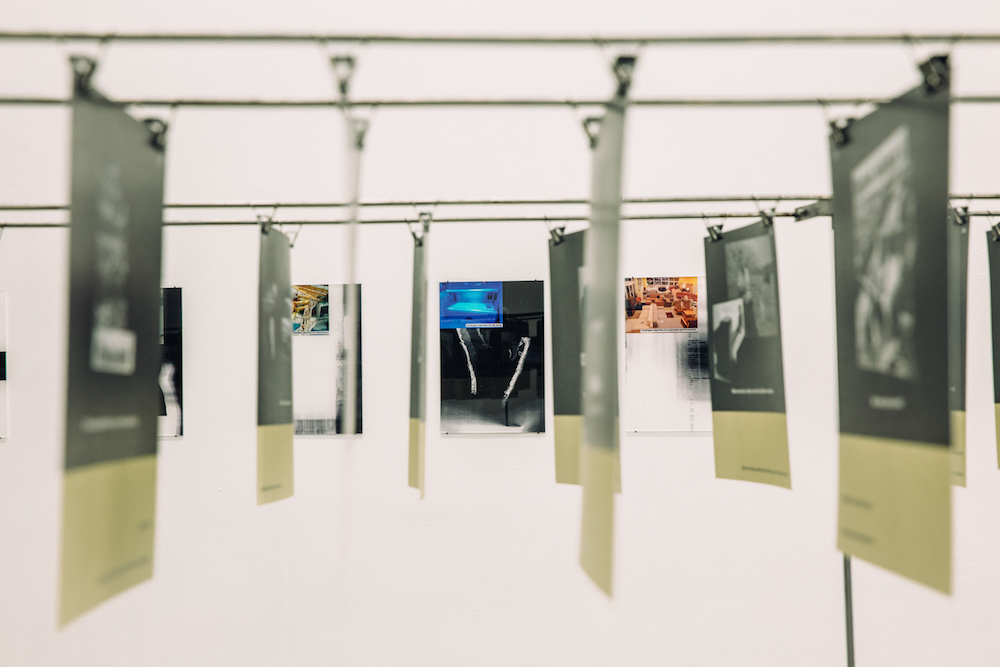 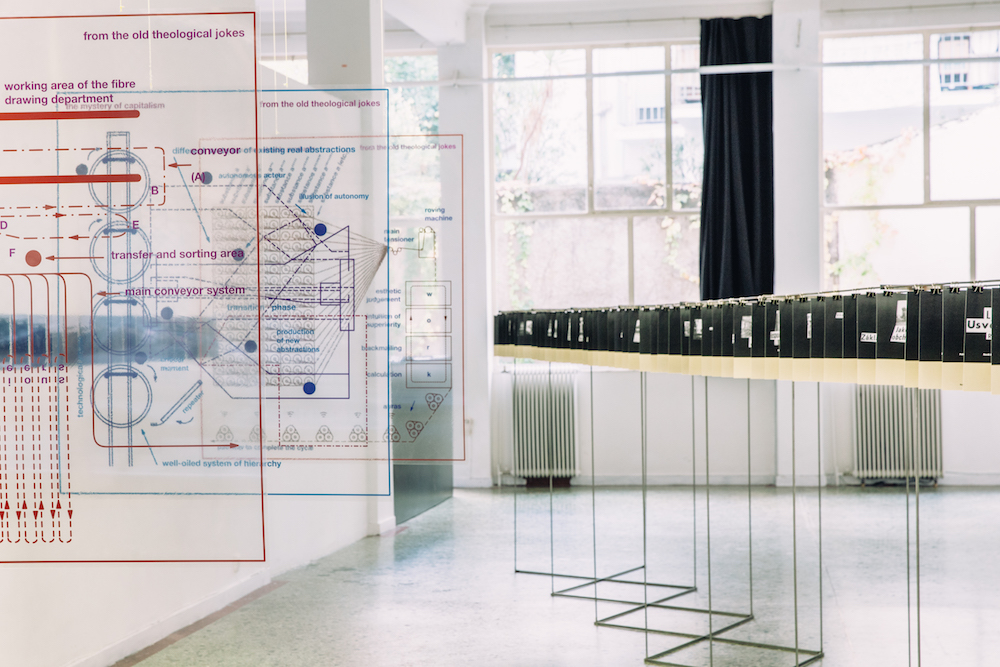 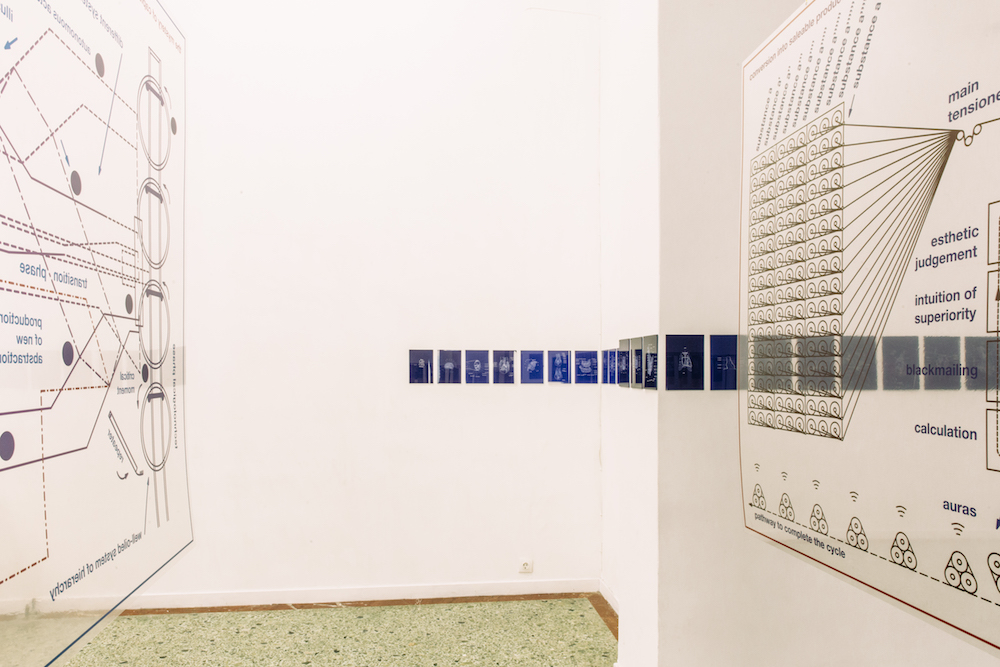 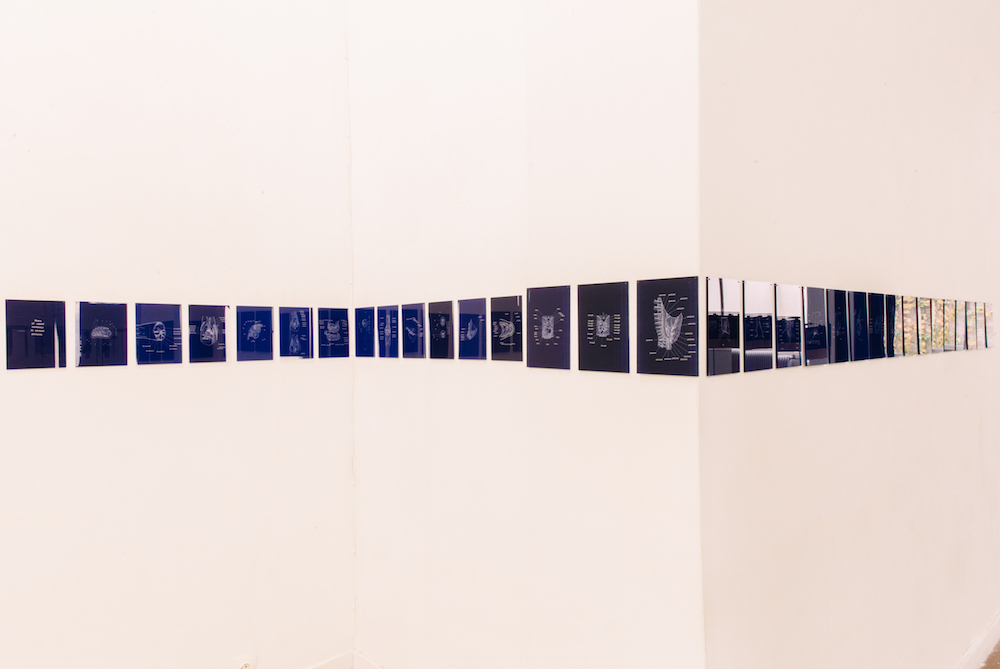 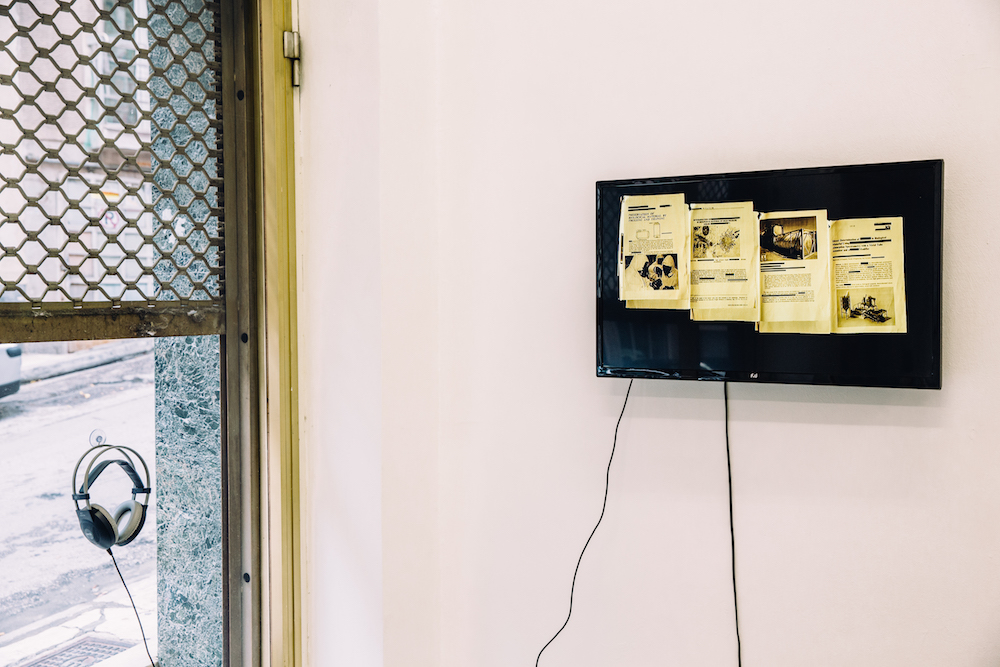 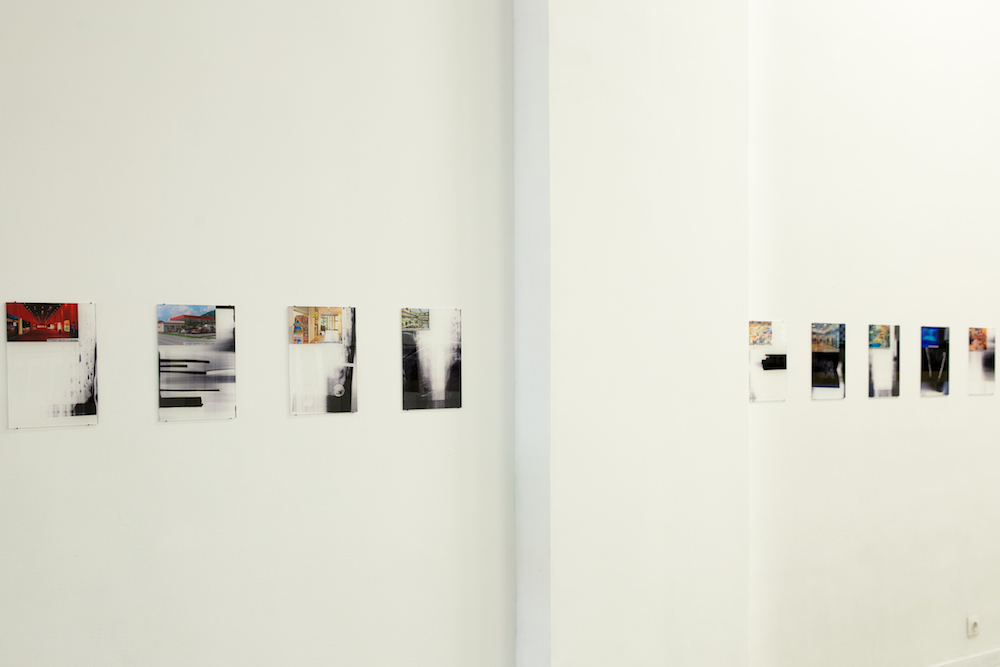 Difficulties to describe the truth

State of Concept is happy to present Zbyněk Baladrán’s first solo exhibition in Greece entitled “Difficulties to describe the truth” that opens on the 15th of November at 19:00.

The exhibition is a culmination of twenty years of artistic practice of Baladrán. The artist works text and image as his main tools. For this exhibition, he presents a new body of work produced by State of Concept and ARE. His new film entitled “String Figures / Peer to peer Protocol / 1st Episode”, is the first of a trilogy of films that the artist will be working on the coming period. The video will be presented together with a new sculptural installation of photo-diagrams as well as previous works.

Through film, text, drawings and diagrams Baladrán has been for years reconfiguring narrations of knowledge representation. His films, often described as “visual essays”, move from rhetorical questions to factual scientific statements, presenting concepts and ideas that emerge through philosophical texts and research.

For the exhibition at State of Concept, the starting point is a short text of Bertol Brecht, entitled “Five difficulties to writing the truth”. Brecht’s text resonates strongly today, in an era of post-truth and alternative facts, where politics are reinventing the modus operandi of propaganda and are creating parallel realities.

The five main points of the author are the following:

1 The Courage to Write the Truth.
2 The Keenness to Recognize the Truth.
3 The Skill to Manipulate the Truth as a Weapon.
4 The Judgment to Select Those in Whose Hands the Truth Will Be.
5 The Cunning to Spread the Truth Among the Many.

Brecht’s text could today operate as a manifesto of real politik, in a world where facts and phenomena run with different speeds in parallel political and social realities. But also it could act as an opportunity to revisit the notion of truth today. What truth is worth telling? What truth needs to come out? And what truth manages to surface? In light of the current worldwide developments in politics and finance, not only for the so-called Western world but the globe as a whole, the value of truth is once again re-examined.

The artist, belongs to a generation that has lived doubts, resistance and constant questioning already. The collapse of the former Soviet bloc after 1989, created a new narration of truth for Central and Eastern Europe, formed by new governments and nation-states. A supposed direct and sudden democracy that brought with it privatisation and the surge of capitalism, offered in abundance by a Western ideology of “freedom”, gave birth to feelings of confusion, distrust and dislocation that are existent until today. The disenchantment that followed the desire to adapt to a new liberal and consumerist model, has resulted for one part of that generation to find shelter in ultra-nationalism, that now flourishes in the region. Contra to that, stands the notion of the commons and how they could be now contoured, after being proposed and enforced by the previous ideologies and regimes of the region.

Through his newly commissioned film the artist looks into the role of the modern citizen, within a society of automation and rapid accumulation of data. He asks whether the extreme influx of information, in which we immerse ourselves daily through thousands of images stored as temporary data in our brain, can actually create or distort the value of truth. In the face of the current socio-political landscape of the world, the artist hints that sometimes the best thing to do is remind ourselves that truth is not contingent upon us finding it. “Seeing an image is useless, all you need is data” his film states. He aims to transport onto the works the methodology and thinking of Brecht’s text. By appropriating it and transporting it to an era of cybernetics, Baladrán questions what he names “the future of techno optimism”, an idea of a new form of automation, of copying and peer-to peer production, that can offer a new imaginary for what the commons might become.

The way the works of this exhibition are displayed, demand an active audience, one that follows the narration of the text and the image that create lines in the space, from diagrams, to installations to films. It is as if we are directly following the trail of thought of the artist that supposes the future morphologies of truth.

Zbyněk Baladrán was born in 1973 in Prague, where he lives and works. He is an artist, author and curator. His recent solo exhibitions have been presented at Frieze Projects, London (2013), Galerie Jocelyn Wolff (2013), Kunstverein (Milan) (2012), and Castillo/Corrales, Paris (2008). He has also participated in the following group exhibitions: Film as Sculpture, Wiels, Brussels (2013); Nouvelles impressions de Raymond Roussel, Palais de Tokyo, Paris (2013); the Seoul Biennale; the Rennes Biennale (2012);Cartographies, La Caixa, Barcelona; Du monde clos à l’univers infini, Le Quartier, Quimper (2012); the Lyon Biennale (2011;Erudition Concrète 3, Le Plateau – Frac Ile de France, Paris (2010). He represented the Czech Republic at the Venice Biennale in 2013. In 2001 he founded Galerie Display in Prague, which merged with the research and exhibition platform Tranzit in 2007. In 2010 he was one of the curators of Manifesta 8 in Murcia, Spain.

With the continuous support of Outset Greece

The exhibition is produced in collaboration with Are

Difficulties to describe the truth