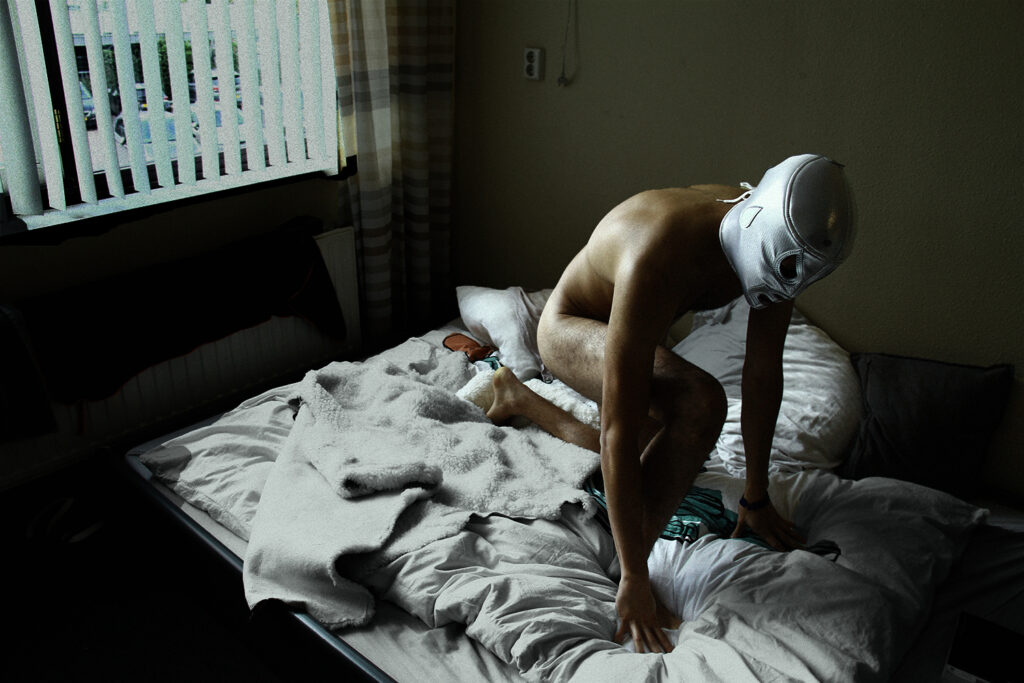 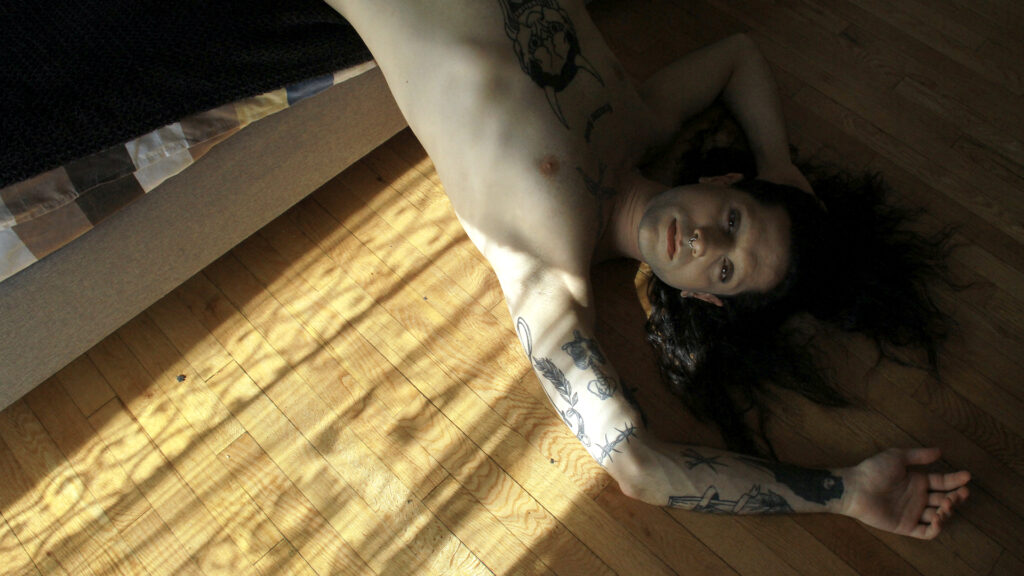 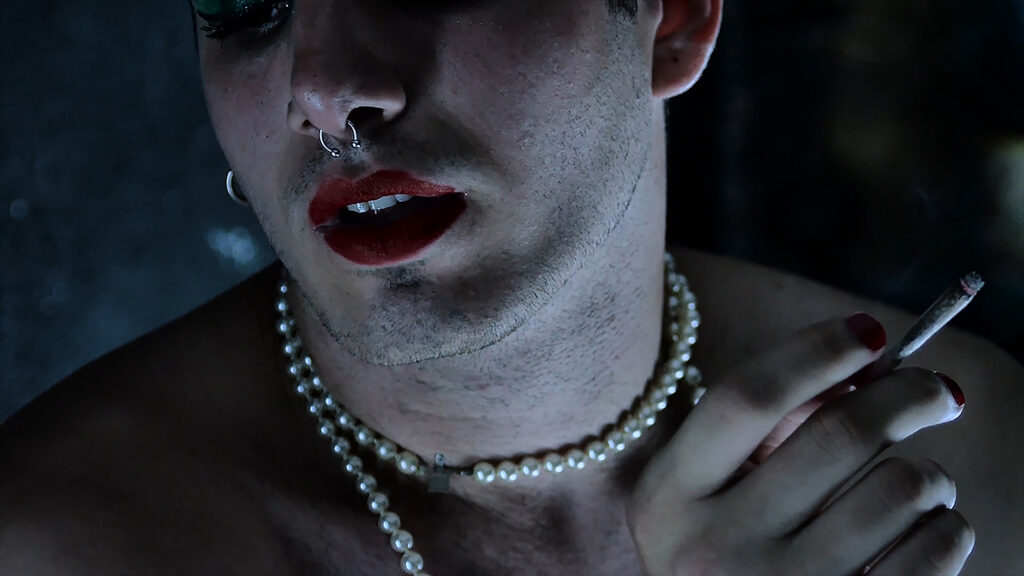 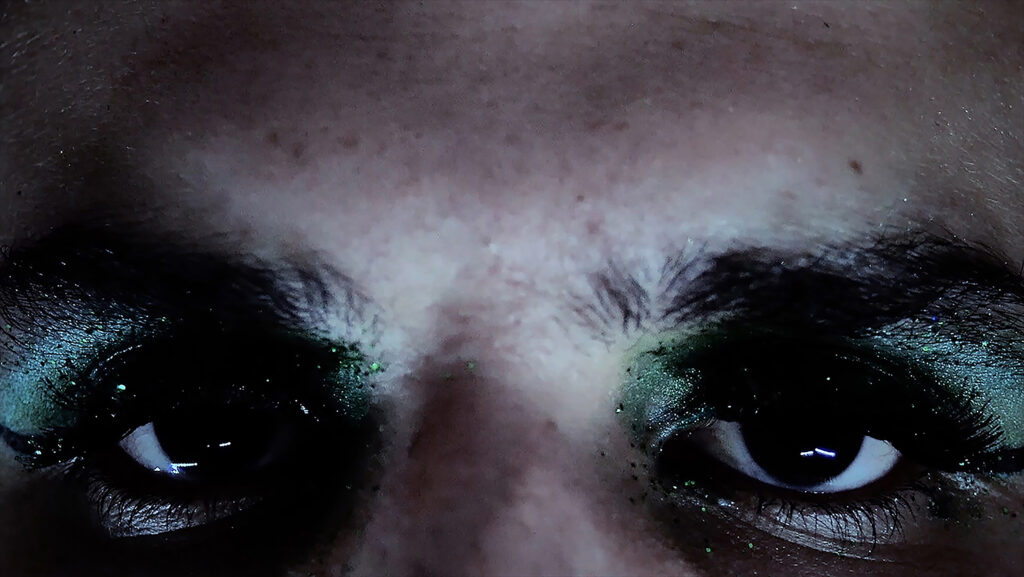 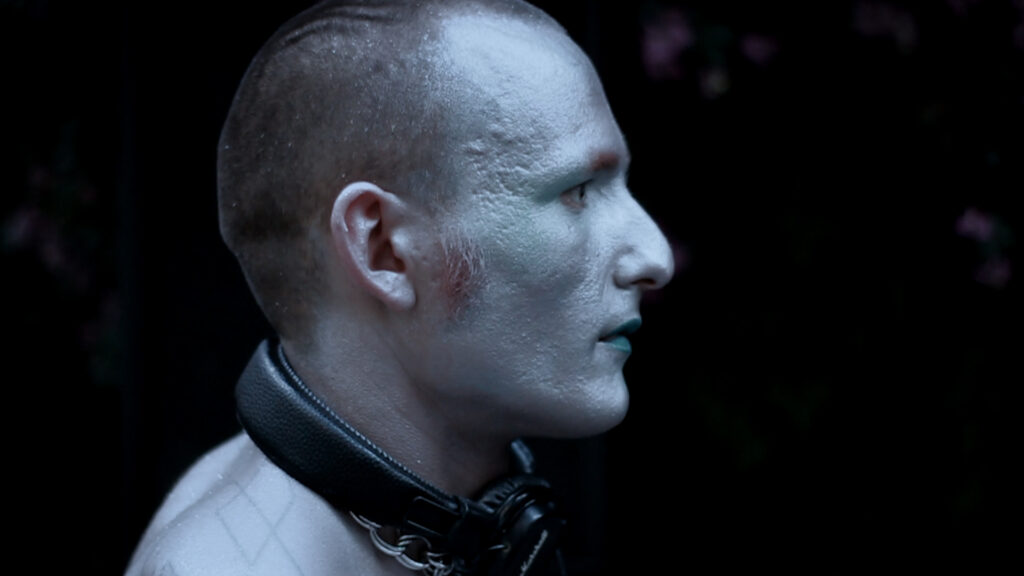 A new series of exhibitions entitled Bona – Fide and dedicated to contribute to the promotion of young Greek and international artists and critics/curators. It is with great pleasure that we inaugurate this new chapter with visual artist Vera Chotzoglou and curator and critic Christina Petkopoulou.

‘A pair of plastic, white horns on the table. Your mum’s shirt on the hanger. Metal long nails spur from your gloves. Tonight, you will be a carnivorous flower. You will spread your arms and embrace me tight. Tomorrow, you will make land amongst us on your space-snake and we will clap your landing. We will sleep until the time the night reveals our next favourite city in the dark. Vera Chotzoglou follows with their gaze, people and listens to the sounds they produce when they breathe, sleep or dance. Chotzoglou stares at the cities, the buildings and apartments that host human presence, and the spaces that suffer from the lack of it. They are mesmerized from the choreography of the body movement, even when it is simply breathing. Chotzoglou studies the skin: naked, or covered in satin, vinyl, velvet, glitter, colours and wounds, appearing melancholic in the blue light of dawn and flushing during the night. The artist observes human faces, the spaces and the objects that surround them, in the same way that a child feels the urge to fit the whole world
in its mouth to comprehend it.

Christina Petkopoulou, born in 1992 in Athens where she lives and works, has studied Archaeology and History of Art at the National and Kapodistrian University of Athens and completed a master’s degree in Cultural Management at the Panteion University of Social Sciences. Between October 2020 and January 2021 she curated Lipiu, a contemporary art project and a group show at A-Dash space and along Asklipiou street in the center of Athens and digitally with the support of the Greek Ministry of Culture and Stavros Niarchos Foundation. She is a researcher and curator of the archive of Athens Report, a crowdsourcing online platform. She has curated exhibitions and educational programmes as a freelance curator (Playing Ground, Automatic Transmission, 2019, Liminal Aristeidis Lappas solo show, Praxitelous 33, 2016, Choro-graphies-Points of flight, Artscape Athens, 2014 and more). She has worked for the Greek Contemporary Art Institute (ISET) researching and documenting its archive and she has also collaborated with several cultural institutions such as the Athens Biennale (2013, 2015), Art Athina (2014, 2015) and Archaeological Dialogues (2015). In 2016 she was chosen for the Neon Foundation curatorial exchange programme in collaboration with the Whitechapel Gallery and in 2019 she has been awarded with the Artworks Fellowship. She also works as a teacher and a copy editor.