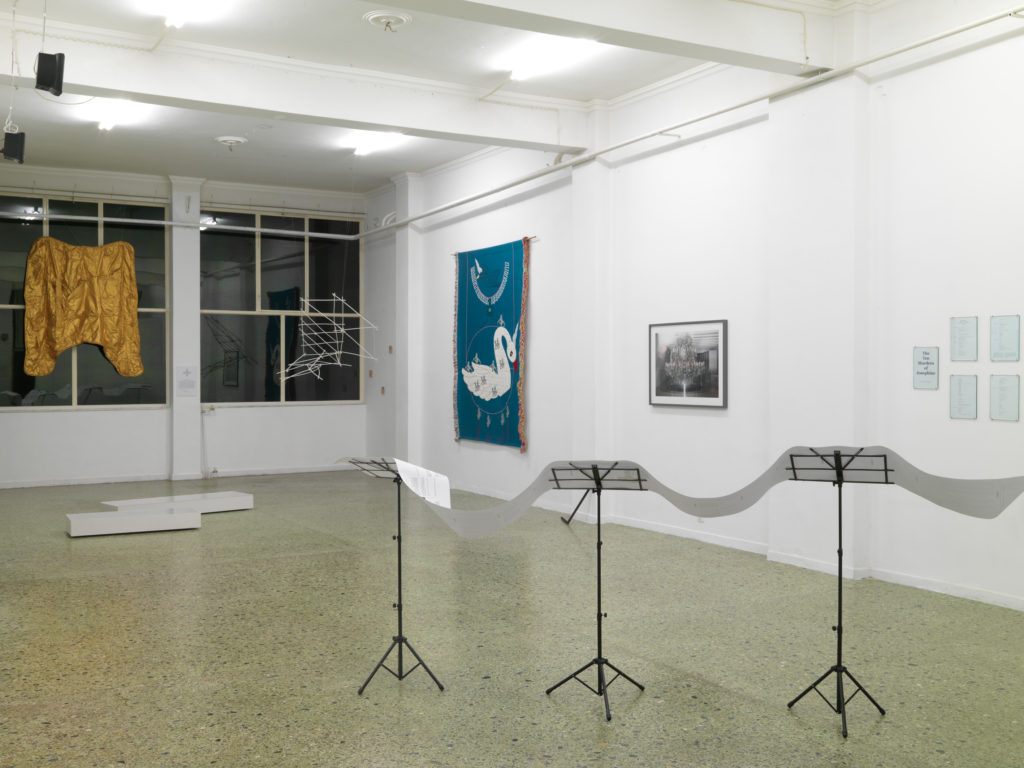 utters excess in between, installation view, 2020 © State of Concept. Photo by Stathis Mamalakis 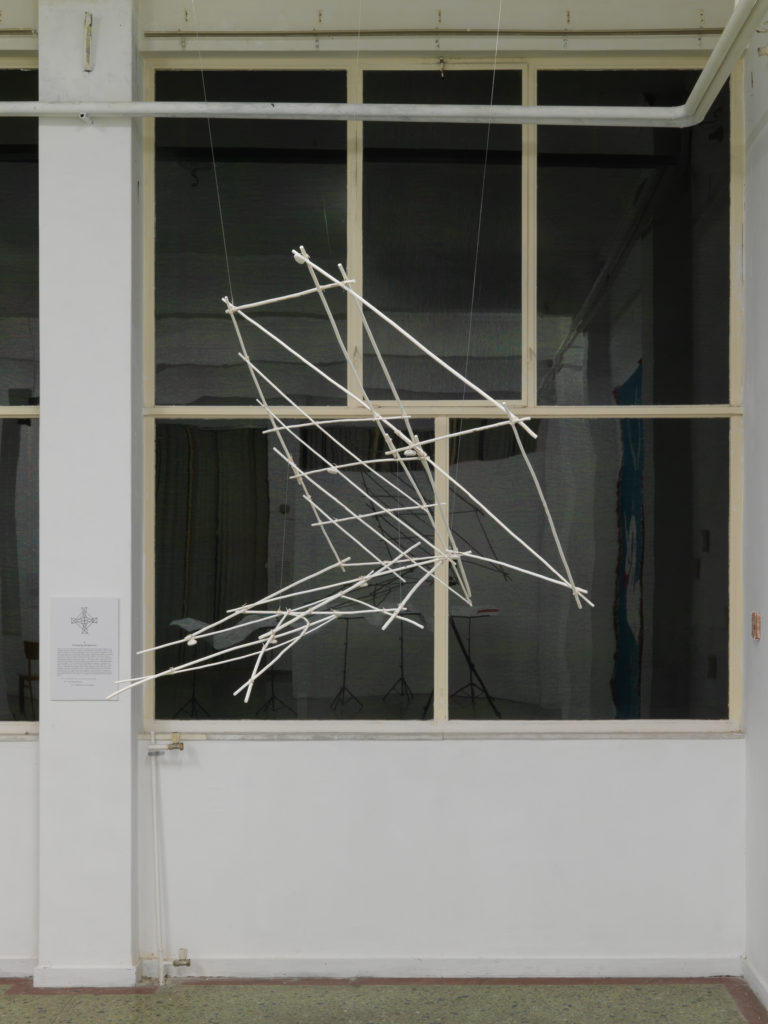 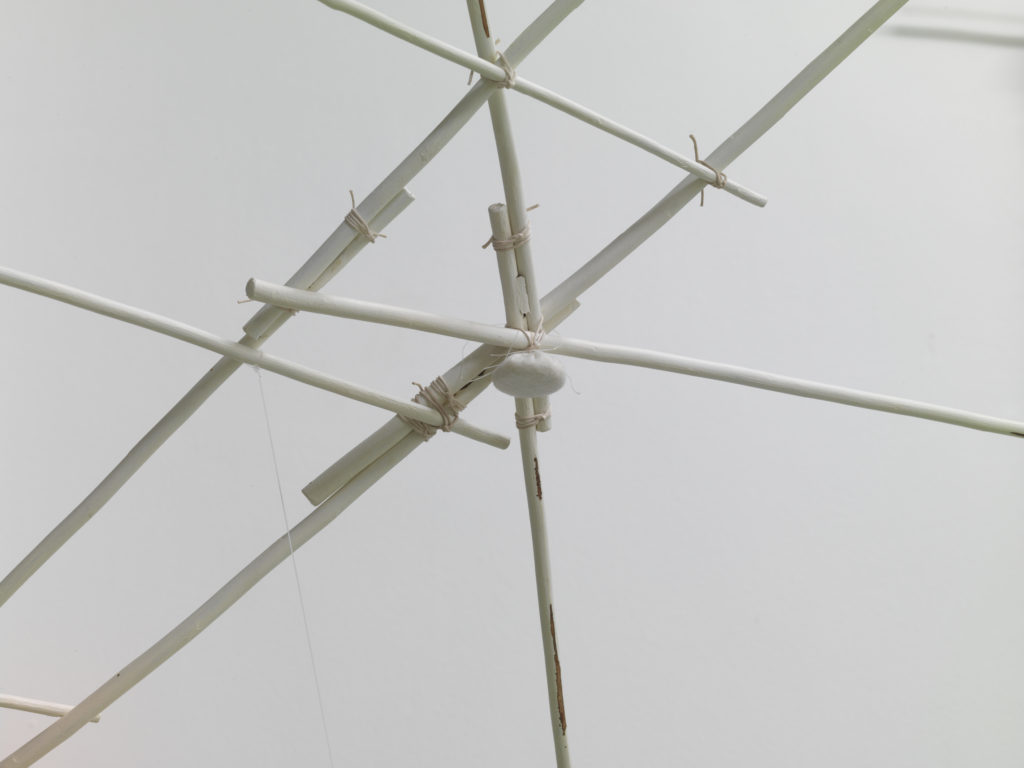 Mehraneh Atashi, I have never remembered those lips again,2019,installation view, 2020 © State of Concept.Photo by Stathis Mamalakis. 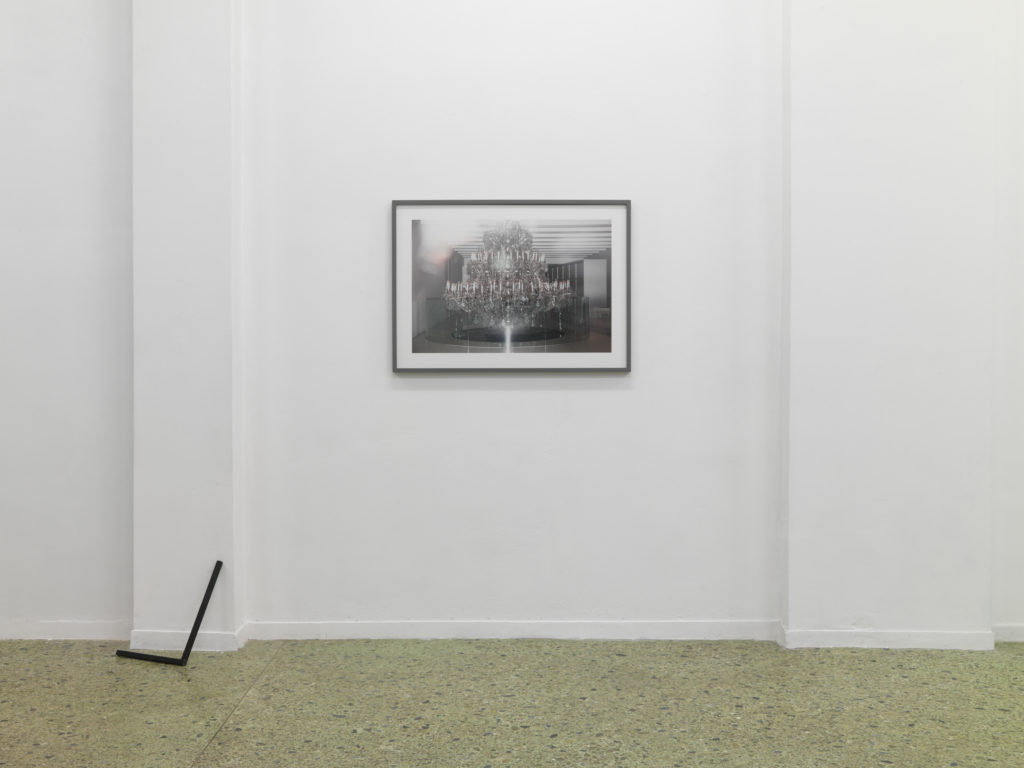 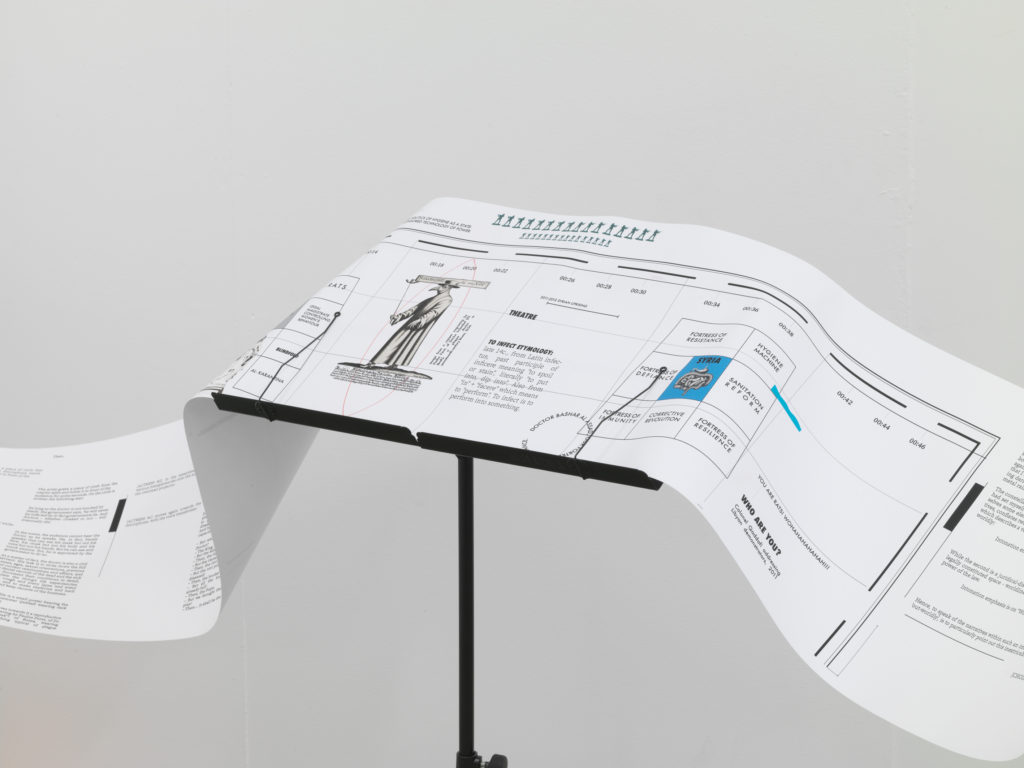 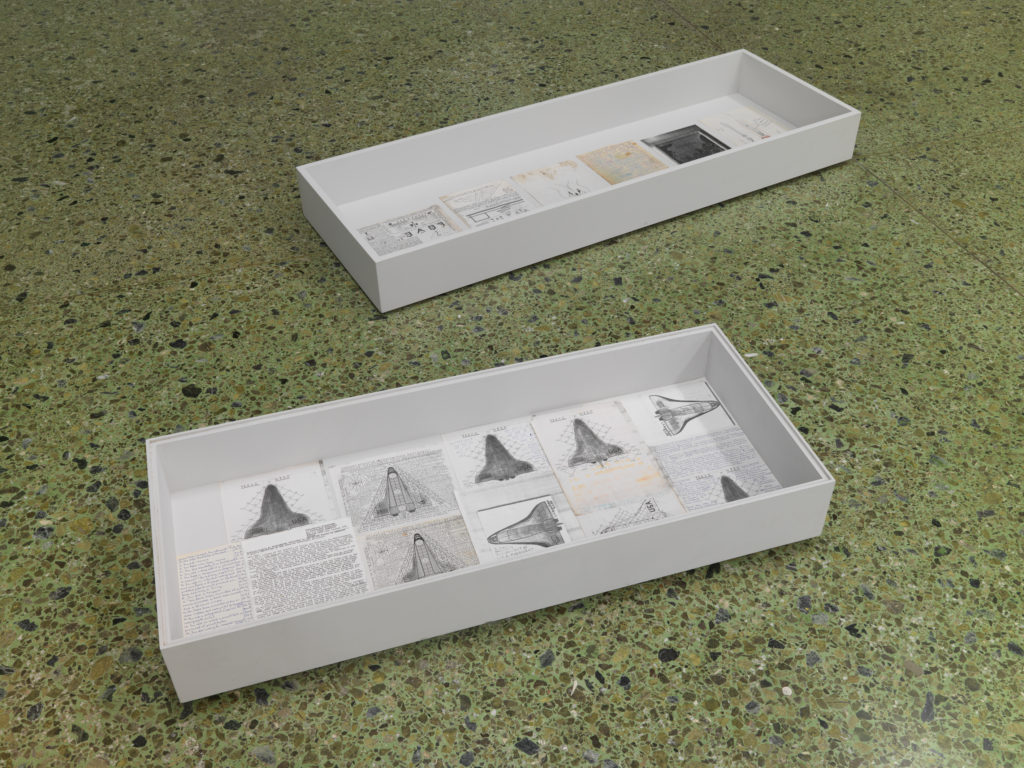 Marina Xenofontos.We are not alone-We are a fly in the milk of infinity,2016,installation view, 2020©State of Concept
Photo by Stathis Mamalakis 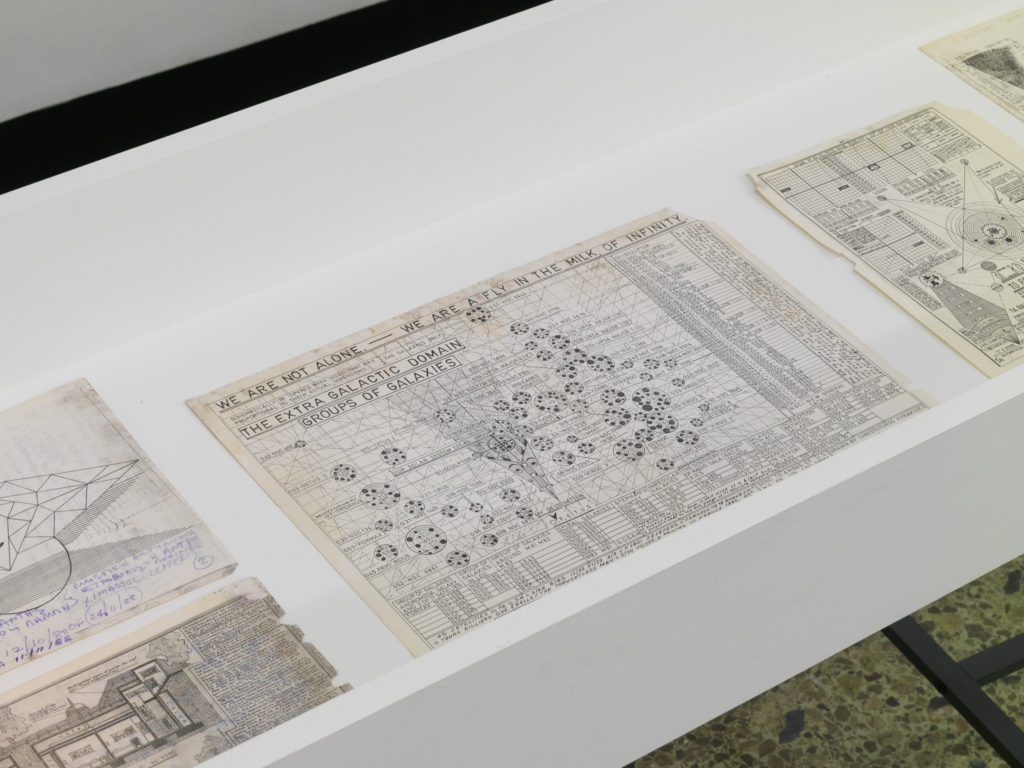 Marina Xenofontos.We are not alone-We are a fly in the milk of infinity,2016,installation view, 2020 ©State of Concept.
Photo by Stathis Mamalakis 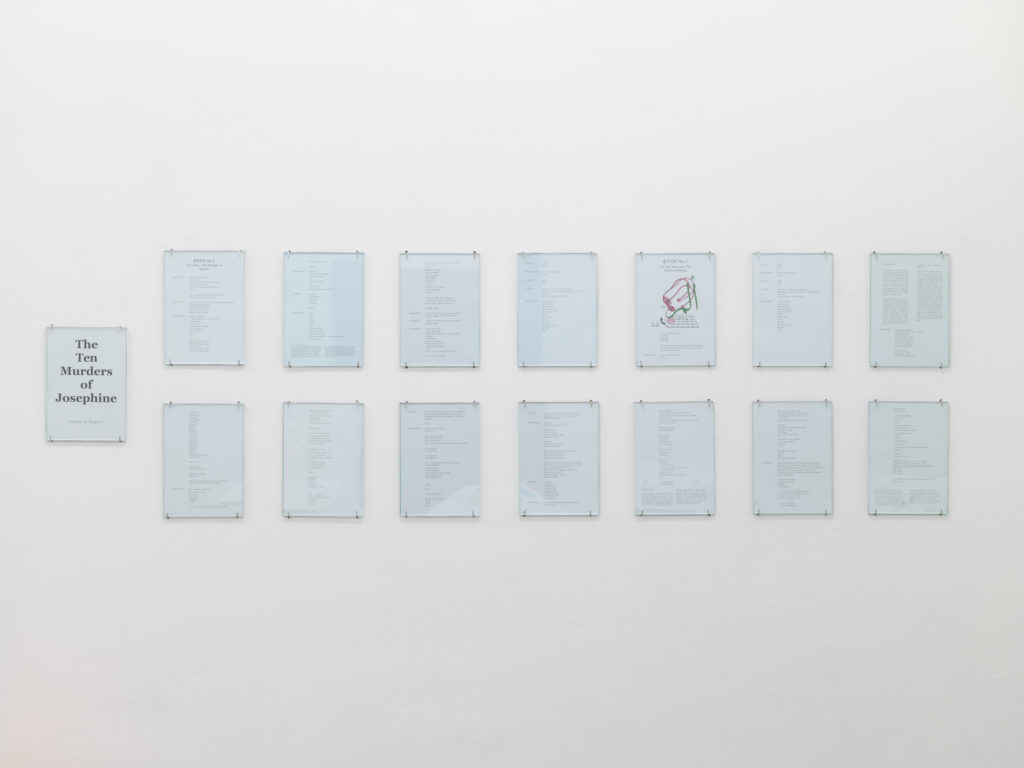 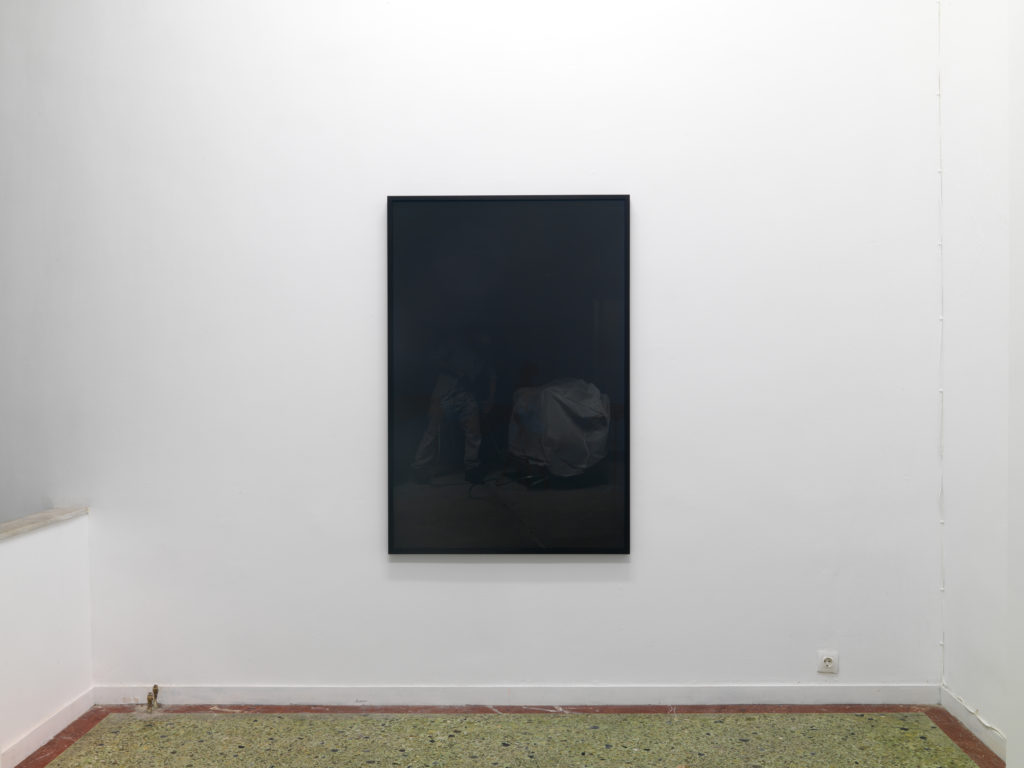 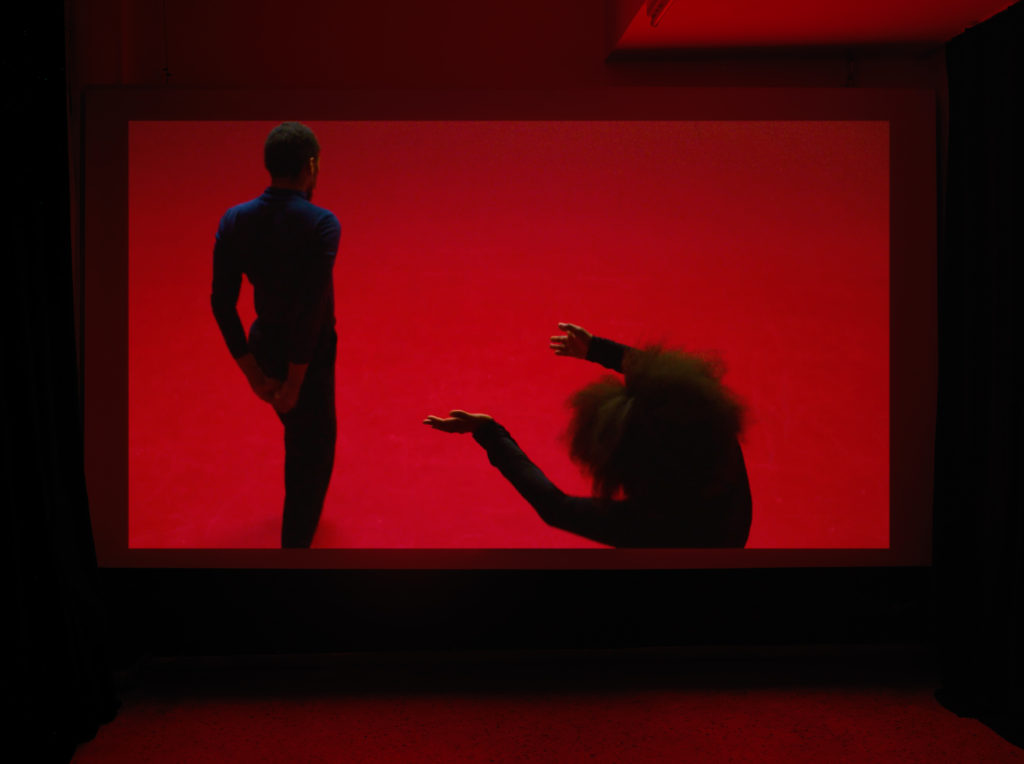 utters excess in between*

*This title and exhibition is inspired by Hypatia Vourloumis’ work and research on paralanguage and excess.

utters excess in between, draws on the linguistically intangible; that which resists legibility and cannot be uttered in language or explicitly understood through its canonical syntaxes. What Hypatia Vourloumis terms as the ‘paralinguistic’, “the entanglements of sound, gesture, tone, rhythm, texture, feel – those material features of language not generally understood as part of the language system” becomes the axis of the exhibition’s narrative. * Vourloumis’ research on paralanguage and excess is a vital inspiration for the show. The unintelligible, the one which remains in between speech formulations, which escapes words or rational meanings, is used as a metaphor. The works presented in the show, aim to legitimise what is in excess of language; undeciphered cries, unfiltered screams, human and non-human idiolects. They draw on voices unheard, silenced, or not yet documented, to speak about a subverted archive of desires, memories, senses and affects.

The show utters excess in between, strives to stay with identical or collective ruptures, agonies, traumas, with narratives unfolded otherwise. The artists exhibited, are thinking through suppressed histories, socio-political frameworks and economic patterns, whilst forming links and resonances between them. From the dispersed installative gestures of Falke Pisano to the subtle filmic thesis and sculptures of Janis Rafa, the show seeks to traverse canonical rhythms, times and spaces. Accordingly, from Rana Hamadeh’s practice drawing on “that which subsists within the documental voice, both because and in spite of that voice,” to Christian Nyampeta’s film as an ongoing enquiry into ways of living together, the exhibition functions as a means of rearranging hierarchical structures. Through capturing aspects of everyday life, Yorgos Prinos’ large-scale photographs and Mehraneh Atashi’s textiles, remap scenes, activities and feelings uncanny.

How can the exhibition operate as a methodology where unruly and disorderly visions come together as justified forms of being? How could the works be potentially felt, touched as metaphors, as fluid movements towards alternation? Acts of production and exchange, fictional and diaristic experiences, construct a visual vocabulary that questions the universality of governing ways of living. utters excess in between, lingers over the incalculable, the occult, the mythical but also the subjective in an attempt to confront the politics of total legibility.