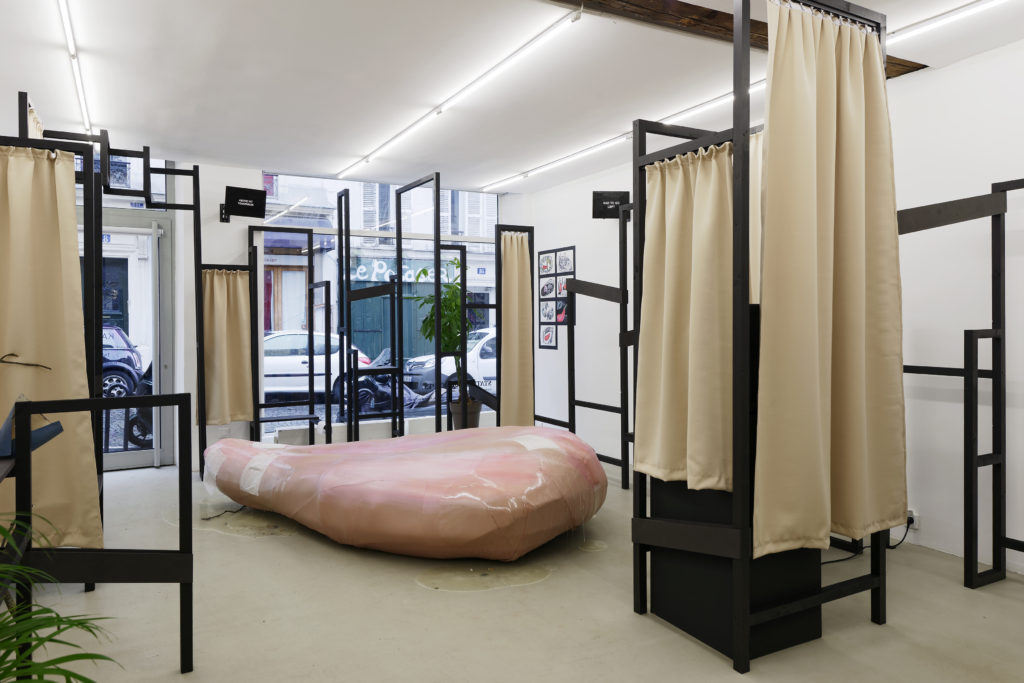 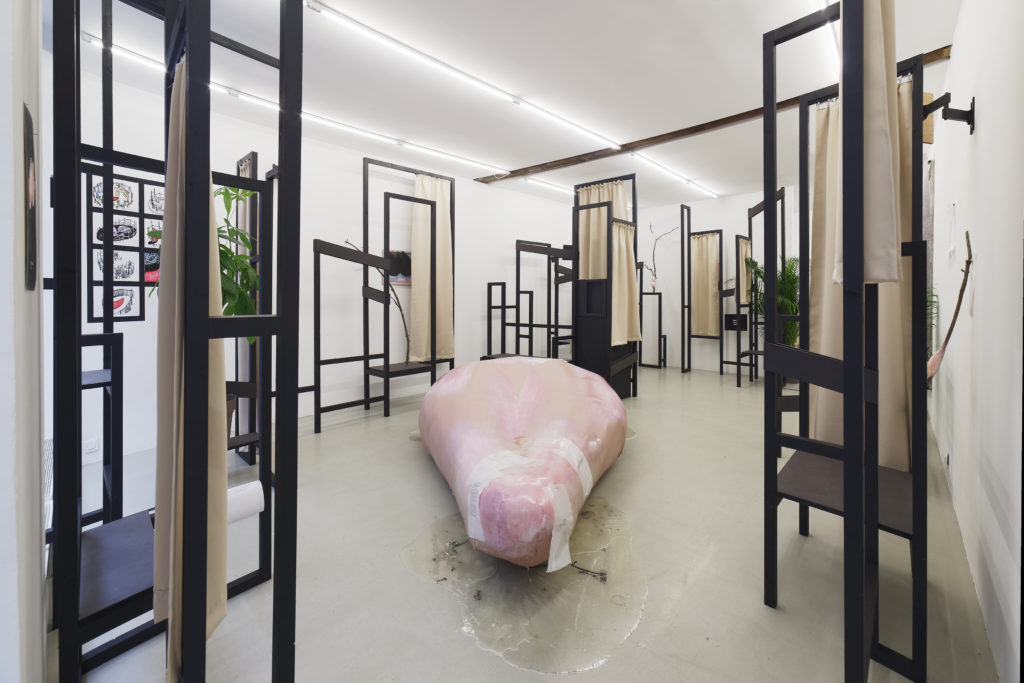 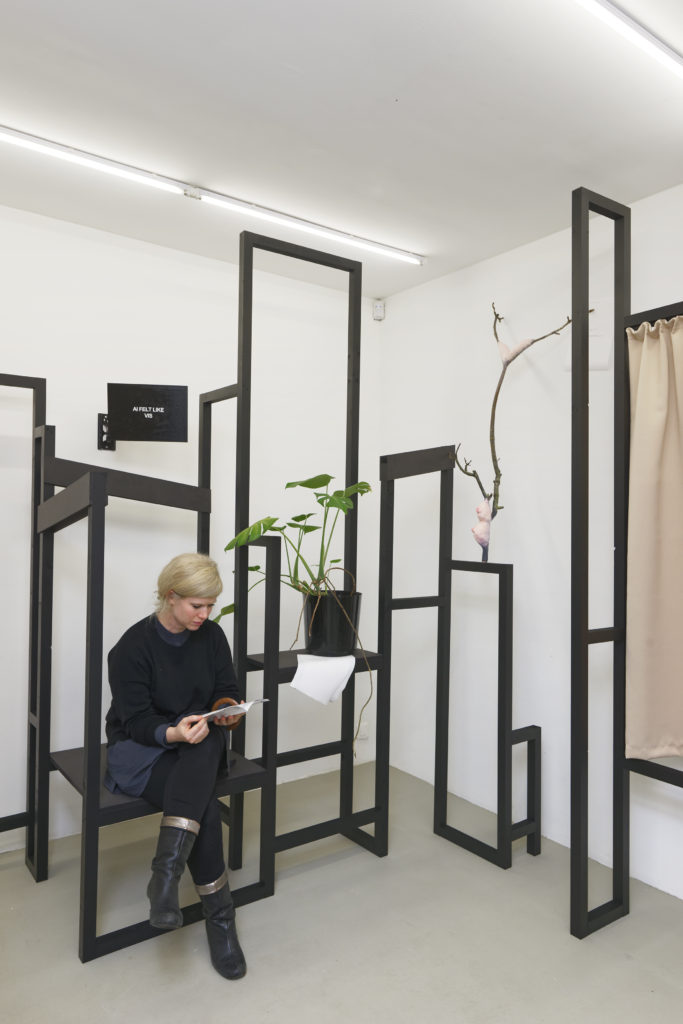 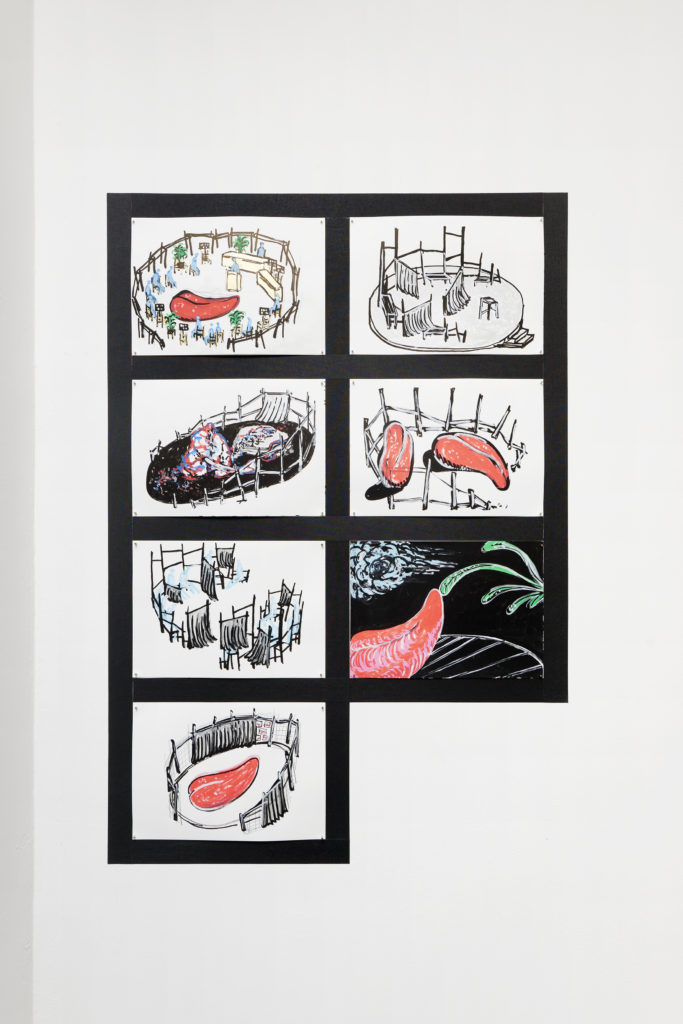 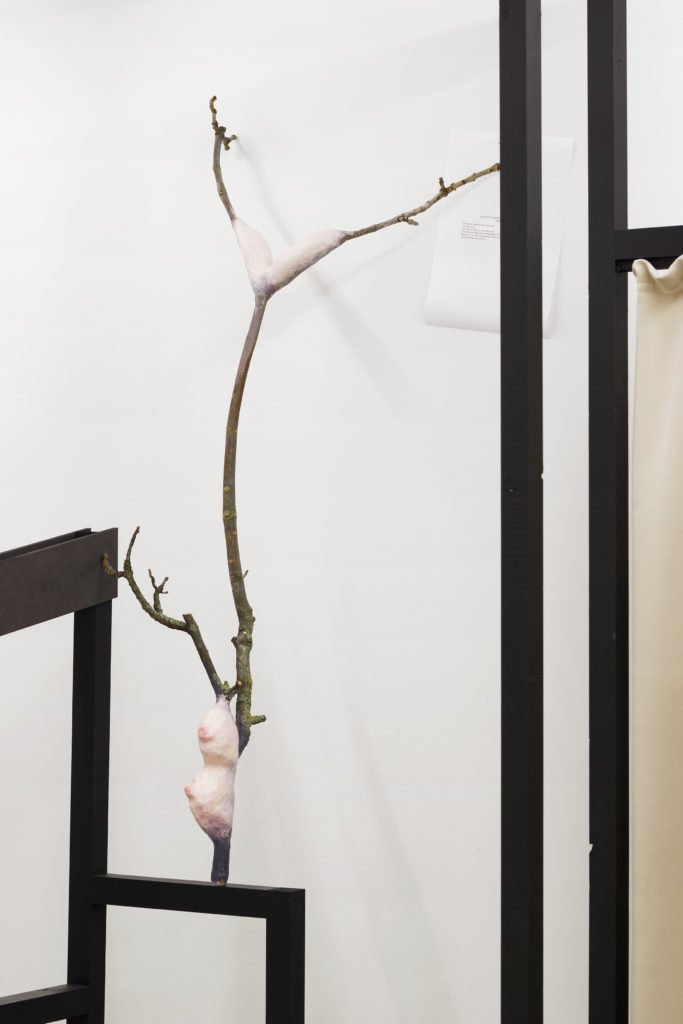 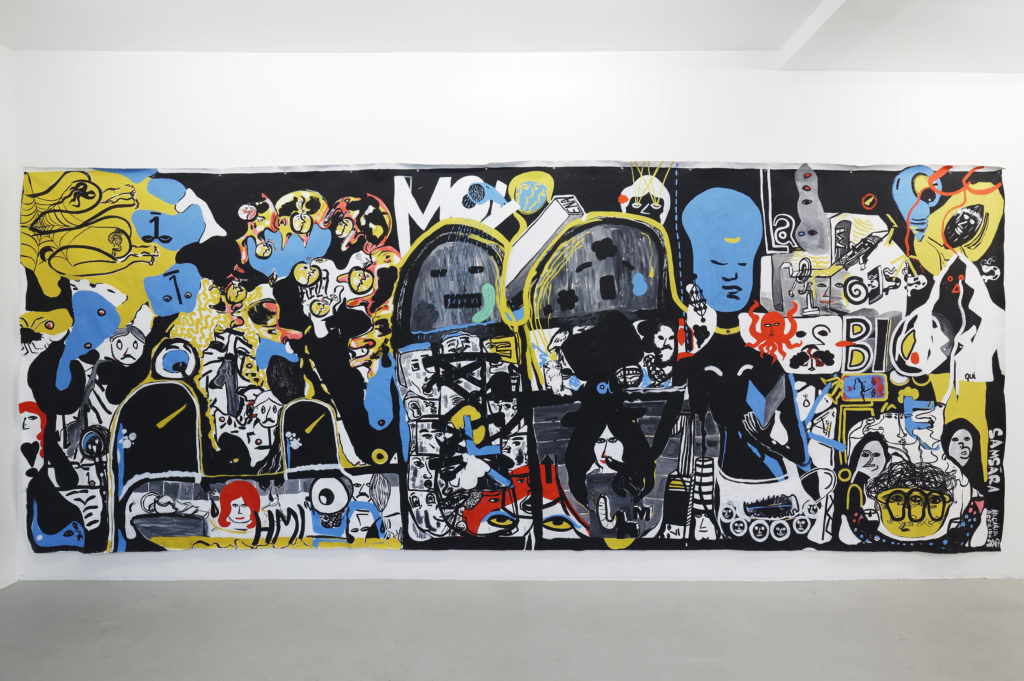 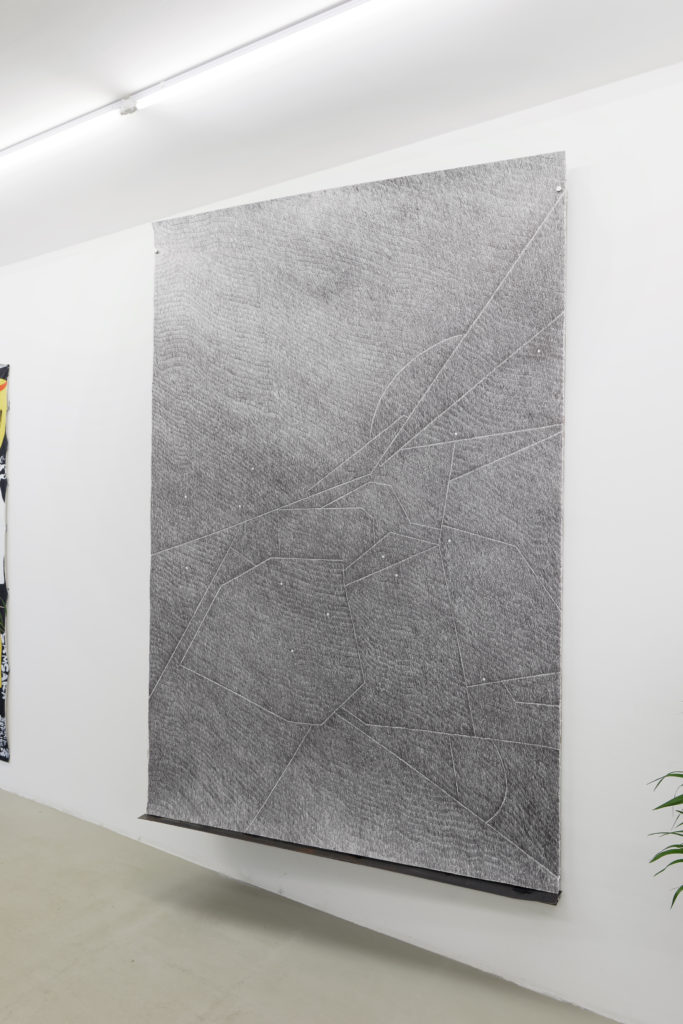 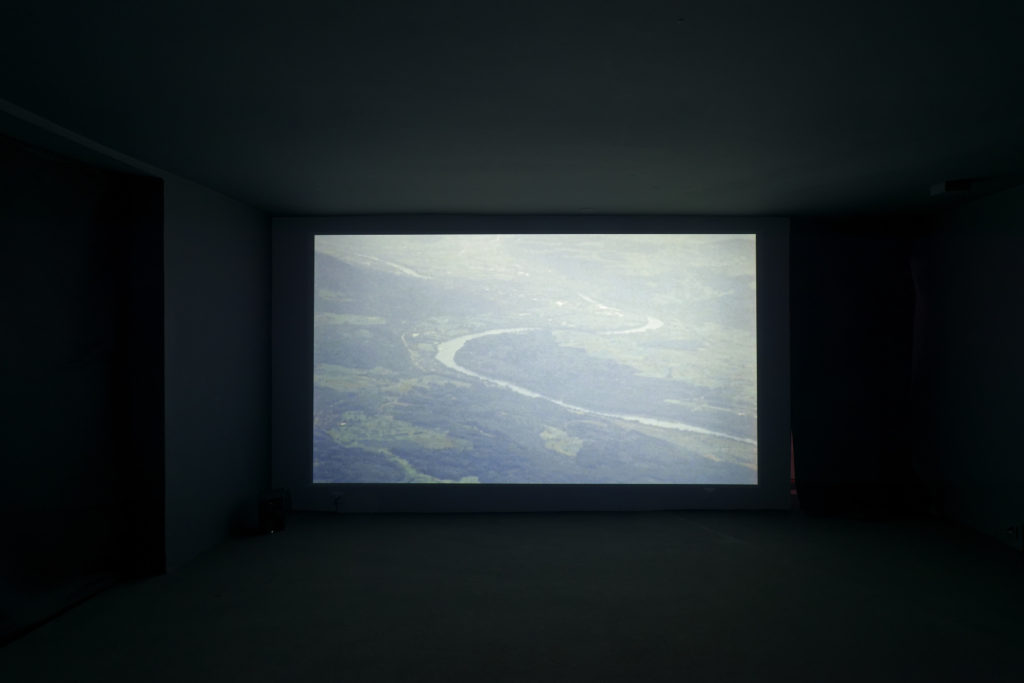 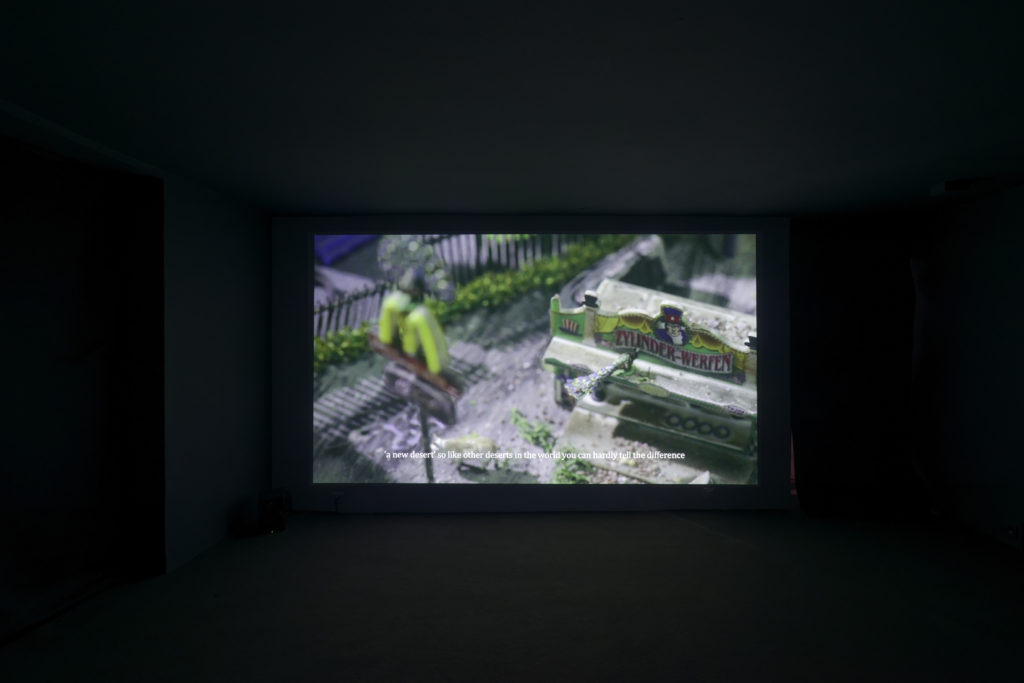 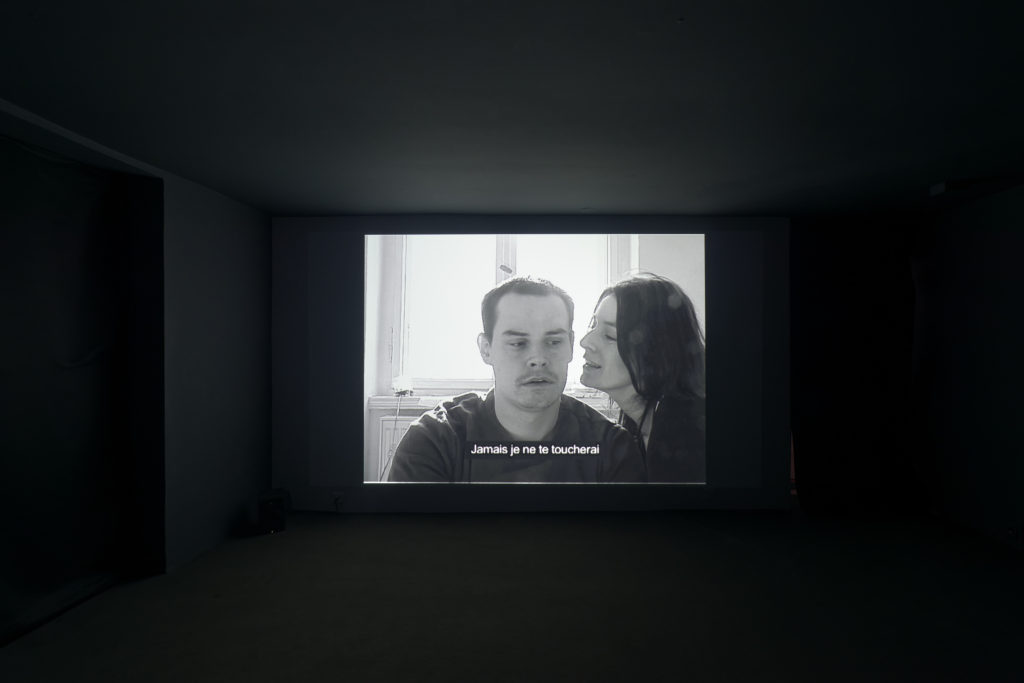 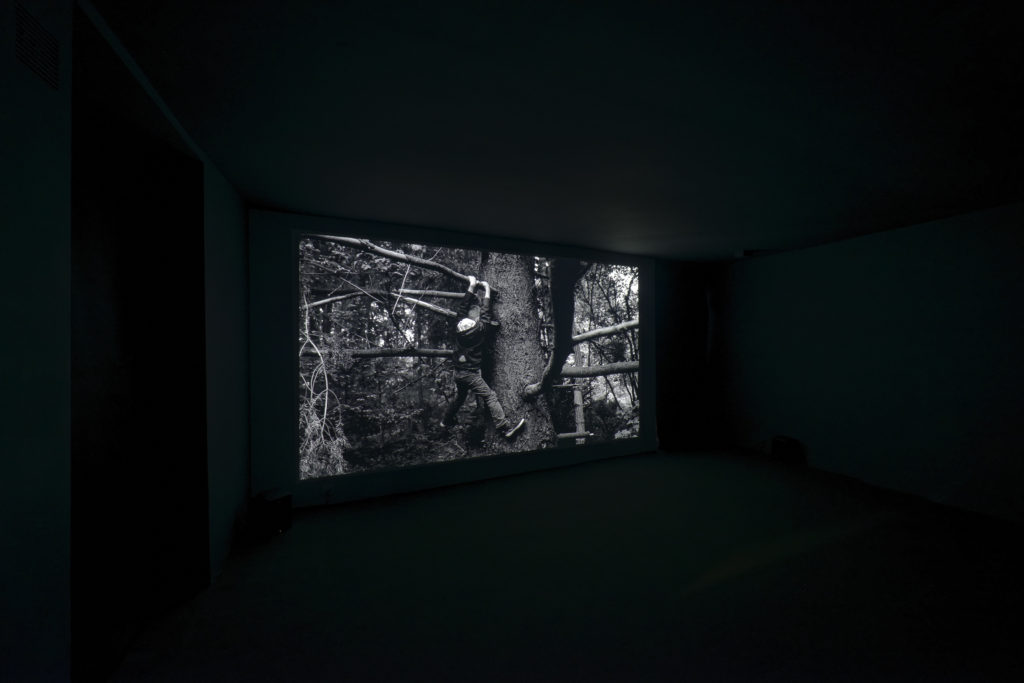 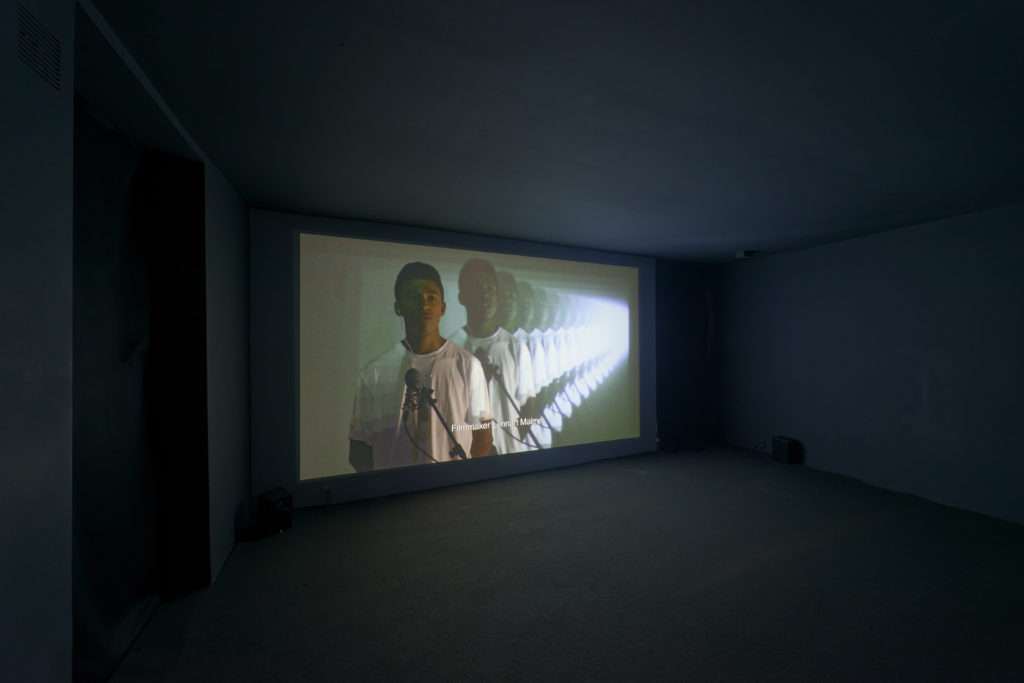 State of Concept is very happy to invite you to the exhibition State (in) Concepts, a retrospective group show of the four years of activities of the institution, curated by its founder, iLiana Fokianaki and hosted in KADIST, in Paris from October 21st until December 17th, 2017. With Margarita Bofiliou, Laure Prouvost & Jonas Staal, Alexandros Tzannis, Zbyněk Baladrán, Filipa César, Keren Cytter, Cao Fei and Basim Magdy.

Starting from the question ‘what could a European artistic program be?’, KADIST invites iLiana Fokianaki, Founder and Director of State of Concept, a non-profit institution located in Athens, to present a retrospective of her program that began in 2013. State of Concept has since its inception focused on solo exhibitions by international and Greek artists (such as After Europe by Jonas Staal in 2016, Margarita Bofiliou Everything’s wrong Xerxes in May 2015, Laure Prouvost C’est l’est not ouest in April 2016, a.o.) whilst inviting international curators to comment on the current socio-political landscape of Greece and beyond. During the last year, the focus of the exhibition program has zoomed into the many European crises. Fokianaki aims her exhibitions to function as agents that operate in between the domain of the political and the artistic, a space in concept, in which core notions that define our understanding of the world can be challenged and redefined. What other classifications, defining our place beyond or parallel to the state, the nation, the city or the community, can be imagined? The question addressed behind the exhibition at KADIST is ‘could a non-profit art institution born into a region of crisis be considered as a sovereign entity?’ What if we considered an art institution as a State in itself?

Fokianaki revisits the work of Deleuze and Guattari, particularly the notion of Urstaat, “the eternal model of everything the State wants to be and desires”1. Primarily the State desires itself to perpetually exist and to refer to its previous existence, and simultaneously there arises a collective desire for its existence by its subjects. Deleuze and Guattari clarify: “we are always brought back to the idea of the State that comes into the world fully formed and rises up in a single stroke, the unconditioned Urstaat2”. For them, the hypothesis of the Urstaat, creates a theory of the State-form that identifies its modus operandi, through social production and unconscious production, simultaneously.

In the exhibition, the artists are invited to think of the art institution as a sovereign State. The front room of KADIST will become the State’s headquarters, its parliament, functioning as the core of the exhibition, and hosting discursive events: a new collaborative work by Jonas Staal and Laure Prouvost, The Aube’s cure Parle Ment, (Prouvost’s proposition for a new phonetic pronunciation of “Obscure Parliament”, typical of her play with words throughout her practice, wishes to highlight in French the words “speak” and “lie”). The Aube’s cure Parle Ment is an alternative parliament for subjectivities that are neither humans nor objects, and as such, not recognized within the established political discourse.
In dialogue with this installation, Margarita Bofiliou and Alexandros Tzannis present new works. Bofiliou’s painting literally draws the set structures that define our everyday conditions as citizens of nation-states, but also suspends the grim realities we witness by humorously depicting daily urban rituals or mundane habits. Tzannis creates environments that challenge the frontiers of his life in the city. He is particularly interested in the notion of mapping, and will revisit the representation of the banlieues of Paris, and their politically charged signifiers.
State (in) Concepts aims at recomposing our understandings of the State—and all that forms it: identify, citizenship and class, within the structures of institutional powers that surround us. Here the artists question our perception of the real and depict the different forms of violence that emerge from these structures.

These questions will also be developed in the exhibition space through a screening program in two parts: « Obscure States » will portray the city as a character with works by Basim Magdy and Cao Fei; and « Concepts of States » will zoom into different conceptualizations of citizenship with works from Filipa César, Zbynek Baladrán and Keren Cytter.

State of Concept has been supported since its inauguration by

This exhibition receives the support of

All photos by Aurelien Mole