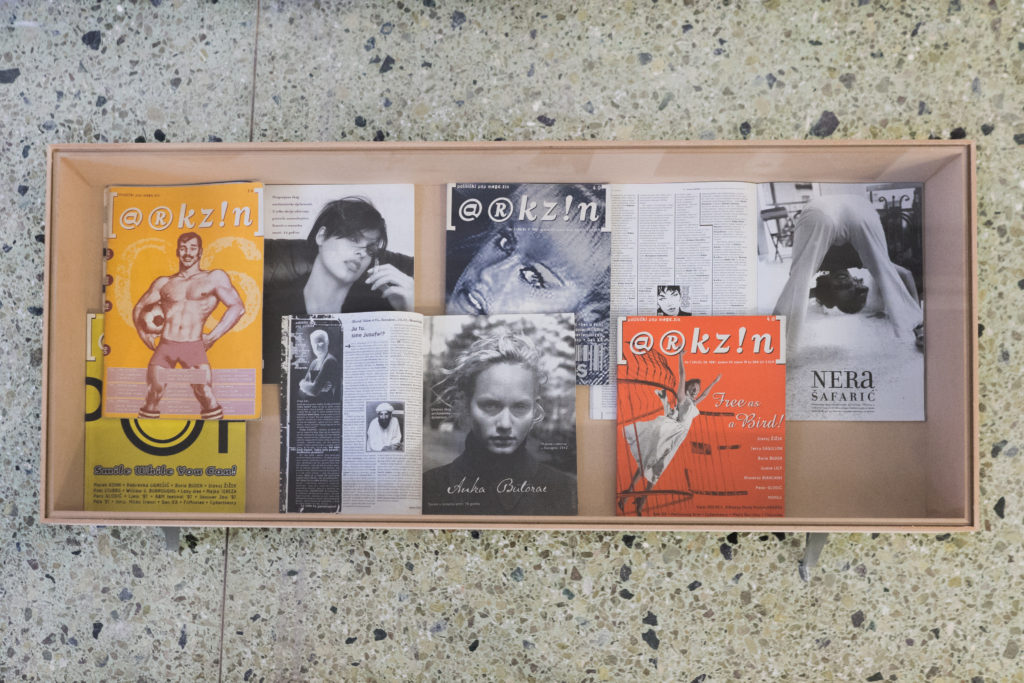 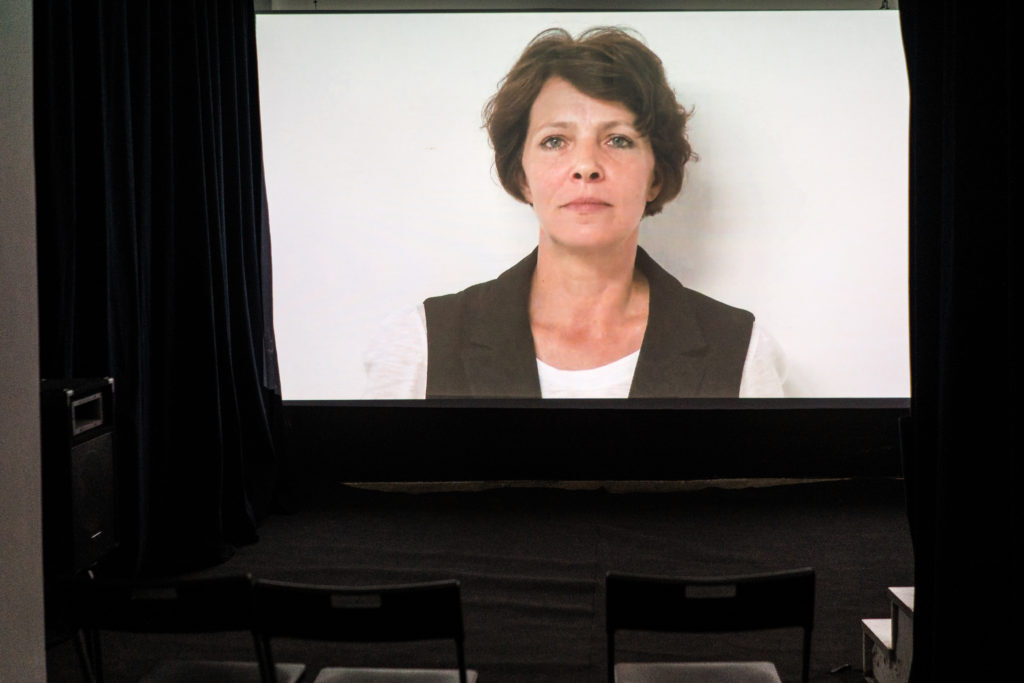 We are happy to present the first solo exhibition in Greece of one of the most important pioneer artists from former Yugoslavia, feminist and performance artist Sanja Iveković. The exhibition entitled RED STAR FEAR NOT is curated by iLiana Fokianaki and opens on the 1st of March at 19:30. The new performance “Whether we were brave” will be presented at 20:00, on the day of the opening.

Sanja Iveković’s solo RED STAR FEAR NOT is a survey exhibition of the artist’s tireless and continuous investigation into the role of women in structuring societal conditions and performing the political in their own terms. Whether it is through deconstructing the social conditions of consumerism, or through challenging the personal in the political by proposing the female body as the field on which the battle between capitalism and socialism took place, Iveković has been throughout her career an accurate chronicler of the politicization of gender. At times she acts as an agit-prop artist, uncovering the erasure of histories of the feminine, evident in works such as GENXX, (1998-2011) where partisan women, forgotten heroes of the socialist legacies of ex-Yugoslavia re-appear on the pages of fashion magazines, or her newly commissioned works for this exhibition that propose an imaginary of a feminist future, by looking through the past.

The two newly commissioned works: “Greek History Lesson” (2018) and “Whether we were Brave”(2019) are a reference to the thousands of women in the greek resistance in the period of the Second World War, that remain until today, a footnote in the official History  produced by the Greek State. Iveković, after many months of research in Athens, is inspired by historical documents and oral histories and uses them to transmit a comment on contemporary neo-fascisms and anti-feminisms in political and social life.

Focusing on the close affinities of the histories of former Yugoslavia and Greece, particularly the anti-fascist and anti-nazi struggles during World War II, this exhibition reflects on today’s disintegration of liberal democracies, following a constant reshuffling of the political landscape in the regions of Eastern Europe and the Balkans since the Cold War. A reshuffling that can in hindsight, be seen as the precursor of a political contemporaneity governed by right-wing populism, new nationalisms and societal divisions.

The exhibition is using the historical period of World War II as a point of departure from where the figure of the partisan woman emerges; a forgotten paradigm of emancipated subjectivity, that is today only but a footnote of history. Operating as a proposition for imagining a future of feminisms that spurs from such historical moments, employed to rewrite a script of living guided by intersectionality, self-organising, pluralism and horizontal self-governance, the female partisan is examined as both a modern and contemporary topos from where we can re-configure today’s feminisms and the tropes of their resistance, in a landscape shaped by anti-feminist rhetorics.

Sanja Iveković (1949 Zagreb) studied at the Academy of Fine Arts in Zagreb, and graduated in 1971 from the graphic arts department. A feminist, activist and pioneer in the art of “new media” such as video art, performance, installations and the use of public space, was distinguished as a representative of New Art Pracice (Nova Umjetnička Praksa) an alternative movement that emerged in Belgrade and Zagreb after the students protests in 1968.

The starting point for Iveković’s work was (and still remains) the position of women in our society. Iveković’s strong feminist stance is a constant in her long career and her overall work is distinguished by her political interference with the dominant cultures and politics that shapes memory. She has presented solo exhibitions at the Museum of Modern Art MOMA New York, MUDAM Luxembourg, and has participated in exhibitions in various institutions and events such as documenta 12 and documenta 14, TATE Modern, Irish Biennial EVA International, Manifesta, Gwanju Biennale etc.

The exhibition is the third iteration and further unfolding of the exhibition chapter “Department of Justice” that begun with Yota Ioannidou’s “A case of Perpetual No” and continued with “Forms of Freedom” by the Rojava Film Commune (both in 2018).