Rachel Maclean - The Lion and The Unicorn, 2012. Installation view 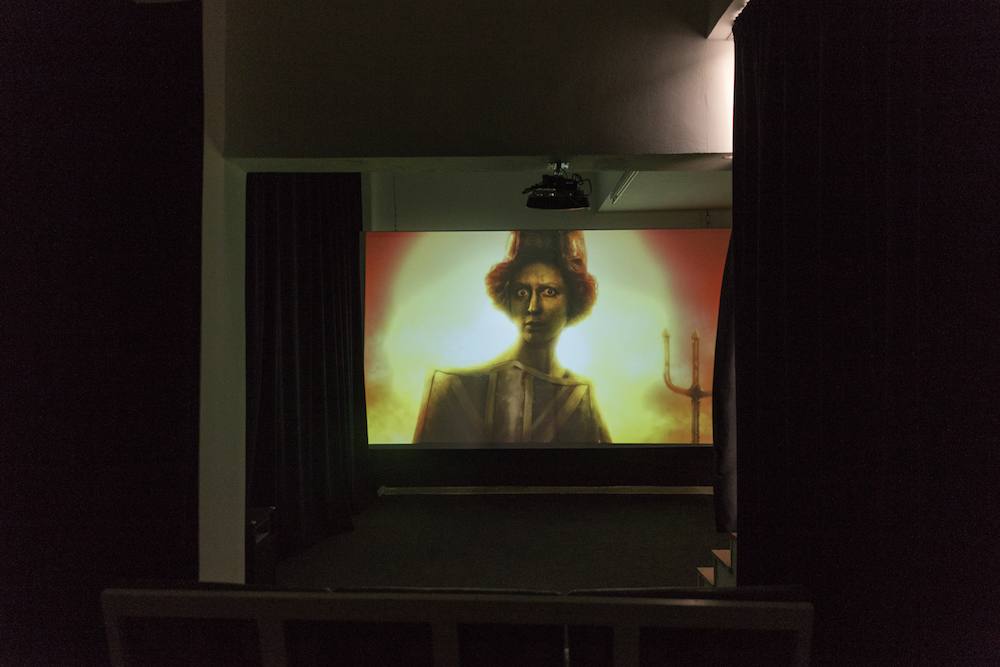 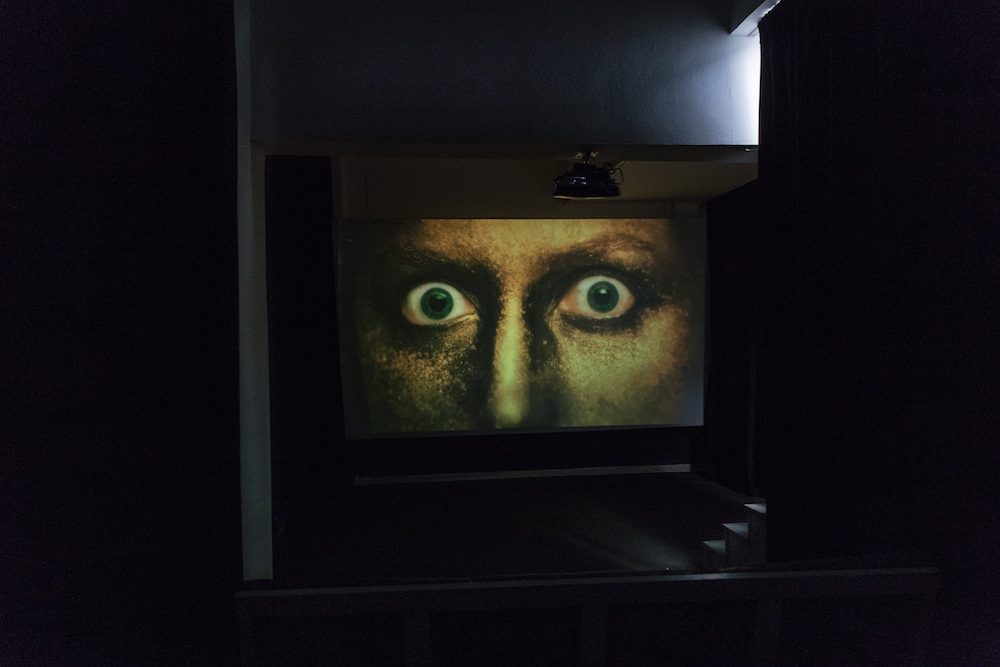 The exhibition is the second part of “State Affairs” with subtitle – Folder 002, which is a new exhibition chapter of our programme, that commenced in November 2017 with artist Anton Vidokle. For this exhibition, entitled New Worlds, the artist will present her films The Lion and The Unicorn (2012) and A Whole New World (2014).

“State Affairs” is dedicated to artists that work mainly with video, and presents artistic practices that focus on thematics that are being narrated gradually through several artworks and a longer timespan and are distinguished for their interest in shedding light in historical conditions and how they affect contemporaneity. The programme aims to address directly current affairs, predicaments, problematics and cul-de-sacs of contemporary living, by summoning the past.

Rachel Maclean is working mainly with film and photography, creating otherworldly characters and imaginary worlds, which she uses to address questions that are dealing with thematics such as politics, nationalism, identity, feminism a.o. Moving between history and fantasy, Maclean constructs narrations that are dominated by grotesque aesthetic elements, British television pop culture, consumerism and other contemporary social phenomena. In her works the artist is playing all the characters, which she constructs as “clones” that embody unstable identities: conversing, interacting and shifting between cartoonish archetypes, ghostly apparitions and hollow inhuman playthings.

Her exhibition at State of Concept Athens, presents a pivotal problematic that stretches throughout the European continent: the all increasing rhetoric around national identity, and the augmentation of nationalism in periods of crisis and instability.

“A Whole New World” visualises the fantastical ruins of a fallen empire. Combining grand narratives with cheap product placement, the work explores themes related to British imperial history and national identity. Shot entirely using green-screen, the film presents a computer-generated landscape littered with fallen statues and the distressed paraphernalia of a bygone age. Narrated by a statuesque Britannia Goddess, the narrative adapts a variety of existing tales, including St George and The Dragon and Tarzan. The action frequently shifts genre, moving from all singing, all dancing musical score to dry political debate, sedate period drama to battlefield conflict. Maclean plays all the characters in the work, miming to audio in variety of languages and bedecked in an elaborate combination of prosthetic make-up, historical costume and Union Jack encrusted tourist tat. The work strongly references the resurfacing demand of a part of Scottish society for independence from the United Kingdom, that increased after the Brexit.

“The Lion and The Unicorn” is a short film inspired by the heraldic symbols found on the Royal Coat of Arms of The United Kingdom, the lion (representing England) and the unicorn (representing Scotland). The piece uses representations of both alliance and opposition to explore national identity within the context of the upcoming referendum on Scottish independence. The video features three recurrent characters: the lion, the unicorn and the queen. These figures seem to emerge from disparate genres, including shadowy historical reconstruction, playful nursery rhyme and pragmatic TV interview. Inhabiting the rich historical setting of Traquair House in the Scottish Borders, they are seen drinking North-sea oil from Jacobite crystal, dividing up the pieces of a Union Jack cake and inciting conflict over the mispronunciation of Robert Burns.

On May 24th at 7pm we are happy to invite you at Museum Benaki of Greek Culture (Koumpari 1 st. Athens) which will be hosting the screening of Maclean’s film “FEED ME”. After the screening the artist will discuss the film and her work with the curator of the exhibition and the founder of State of Concept, iLiana Fokianaki. The event is organized in partnership with the British Council.

Rachel MacLean (born 1987 in Edinburgh) lives and works in Glasgow.Working predominantly with the moving image, Maclean has had significant recent success, with her representing Scotland at the 57th Venice Biennial and with major exhibitions at HOME, Manchester and Tate Britain in 2016. After graduating from Edinburgh College of Art, her work came to public attention in New Contemporaries 2009. She went on to win the Margaret Tait Award in 2013, was twice shortlisted for the Jarman Award, and achieved widespread critical acclaim for Feed Me (2015) in the British Art Show 8.