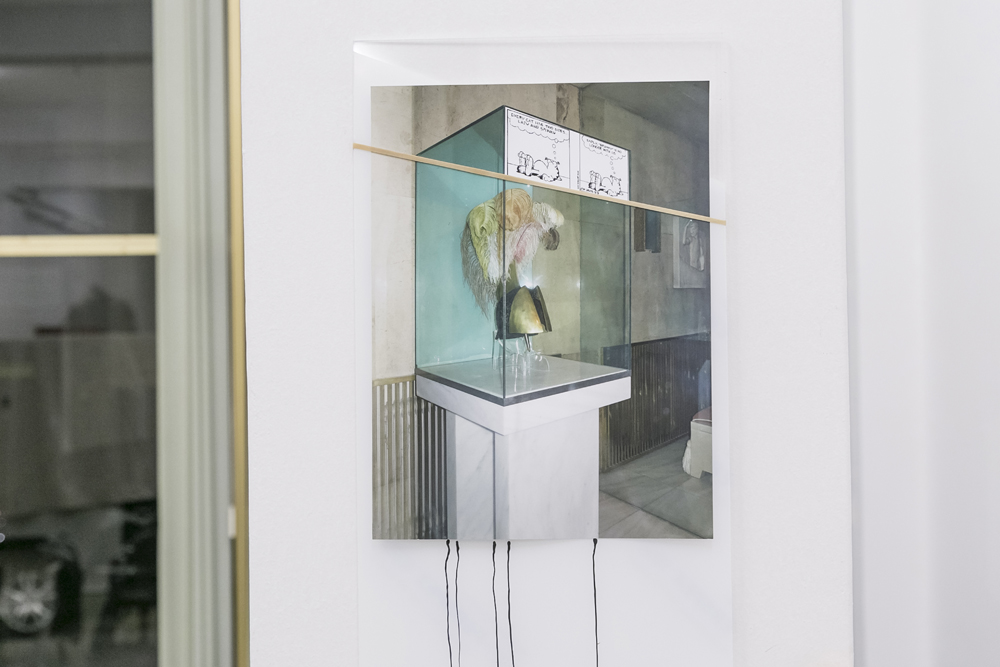 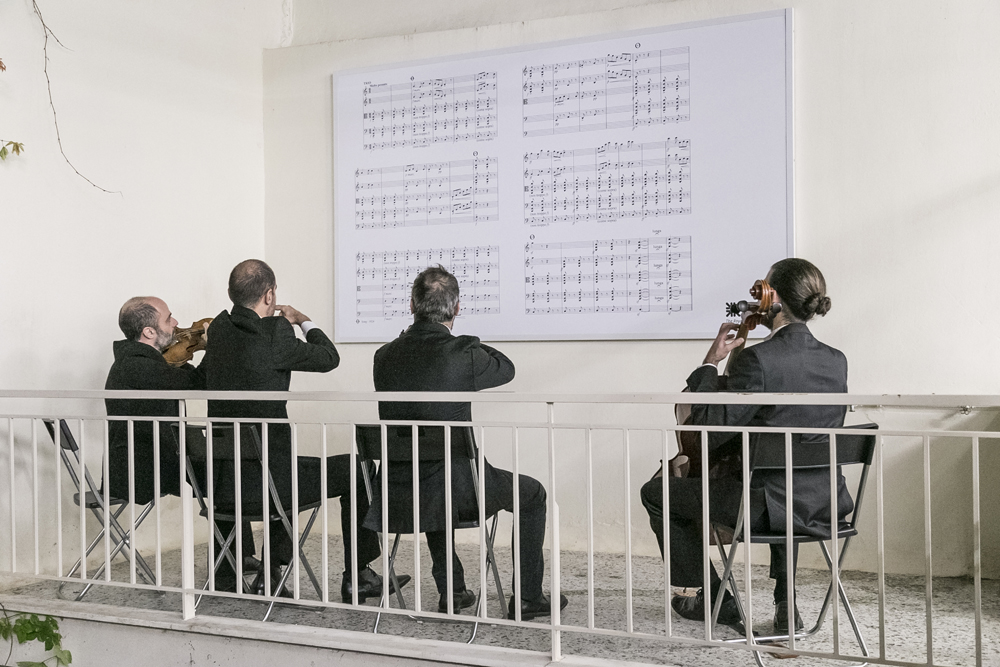 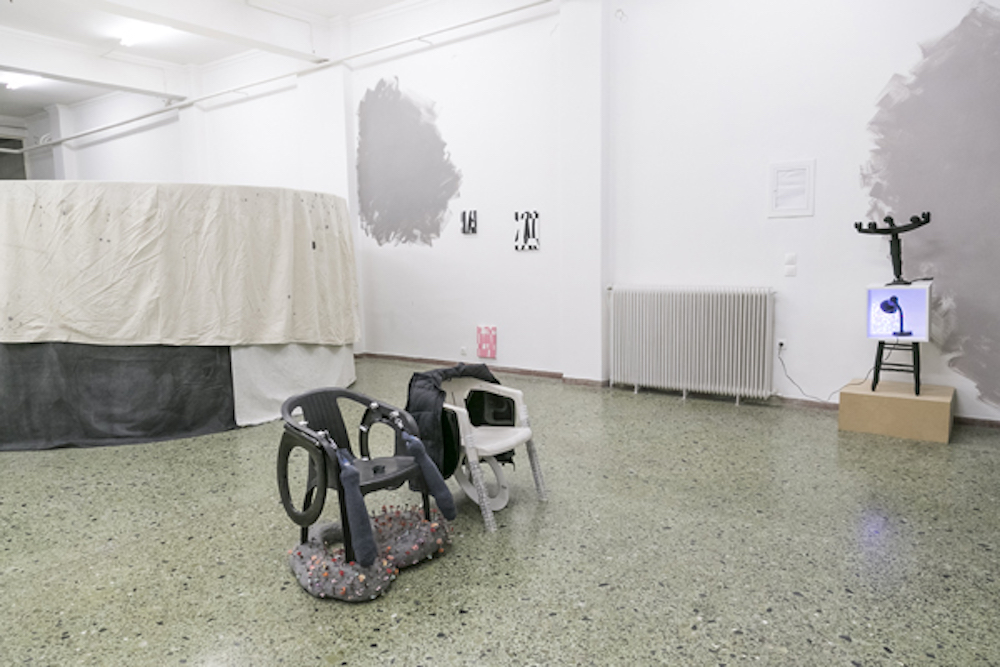 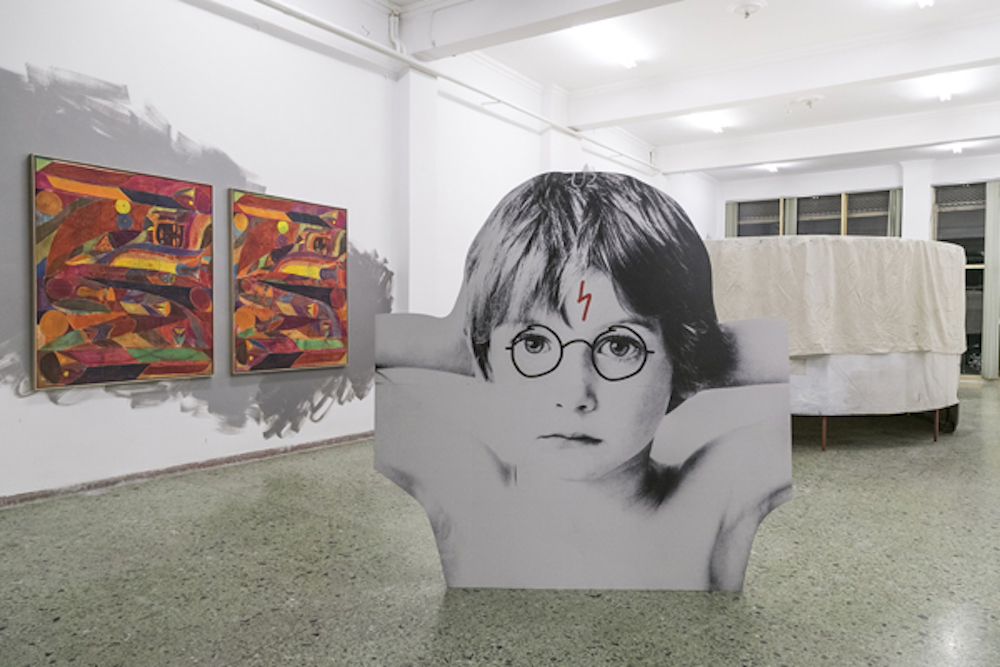 3) A thing that is has characteristics, ways of being.

5) ‘Panda Sex’ is composed mostly of black and white works – including paintings, sculptures, videos, photographs, performances, sounds and smells – with occasional passages of colour. (Panda bears, of course, are colorful in the hidden zones of their bodies: their tongues, their gums, their genitals).

6)  ‘Panda Sex’ is composed mostly of works that pay little attention to sexuality. (Panda bears have a notoriously brief breeding season, as fleeting as three days per year, making the ongoing survival of this species a conservational miracle. The current planetary population of wild pandas is estimated at 1,600)

7) ‘Panda Sex’ has no headline theme, no explicit thesis, no apparent claim to make about the shape of art, or of the world. All that seems to connect the works it brings together are their black and white livery, a few flashes of colour, and flickers, here and there, of sexual desire. It is a show that practices extreme curatorial restraint. (Panda bears, although able to metabolize a wide range of meats and vegetation, prefer to subsist on a diet that is 99% bamboo. In her 2013 essay Radical Bears in the Forest Delicious, the nature writer Amy Leach posits that ‘Pandas have their own wisdom, unaccountable and unamendable, whose roots shoot down deeper than we can penetrate, and if they mind anyone at all it is someone more elusive than man’).

8) ‘Panda Sex’ is concerned with how, not what, an exhibition might mean. It takes it as axiomatic that the work of art will always exceed its exhibition context. This is perhaps best contemplated while chewing on a mouthful of bamboo.

9) In 2008, Taiwan accepted a gift of two pandas, Tuan Tuan and Yuan Yuan, from the Chinese Government. Customs documents identified the pair not as Alluropoda melanoleuca, but as a ‘species of traditional herbal medicine’. Tuan Tuan and Yuan Yuan live on in Taipei zoo, and have produced a female cub. This gift, and perhaps its odd administrative gift tag, is an example of what is known as ‘Panda Diplomacy’.

10) ‘Panda Sex’ is a show of twelve artists from seven European nations, which takes place in Athens, Greece.

Read more about the works here.

Tom Morton is a curator, writer, and Contributing Editor of frieze magazine, based in Rochester, UK. His exhibitions include Mum & Dad Show (Cubitt Gallery London, 2007), How to Endure (1st Athens Biennial, 2007), British Art Show 7: In the Days of the Comet (Hayward Gallery London and touring, 2010-2011, co-curated with Lisa LeFeuvre), British British Polish Polish – Art from Europe’s Edges in the Late 90s and Today (CSW Ujazdowski Castle, Warsaw, 2013, co-curated with Marek Goździewski). In 2015, he will curate an exhibition at The Ballroom Marfa, Texas, focusing on tools and touch.

The exhibition is supported by The Henry Moore Foundation, the Danish Arts Foundation, the Mondriaan Fund, the Embassy of Luxembourg and the Swiss Arts Council Pro Helvetia