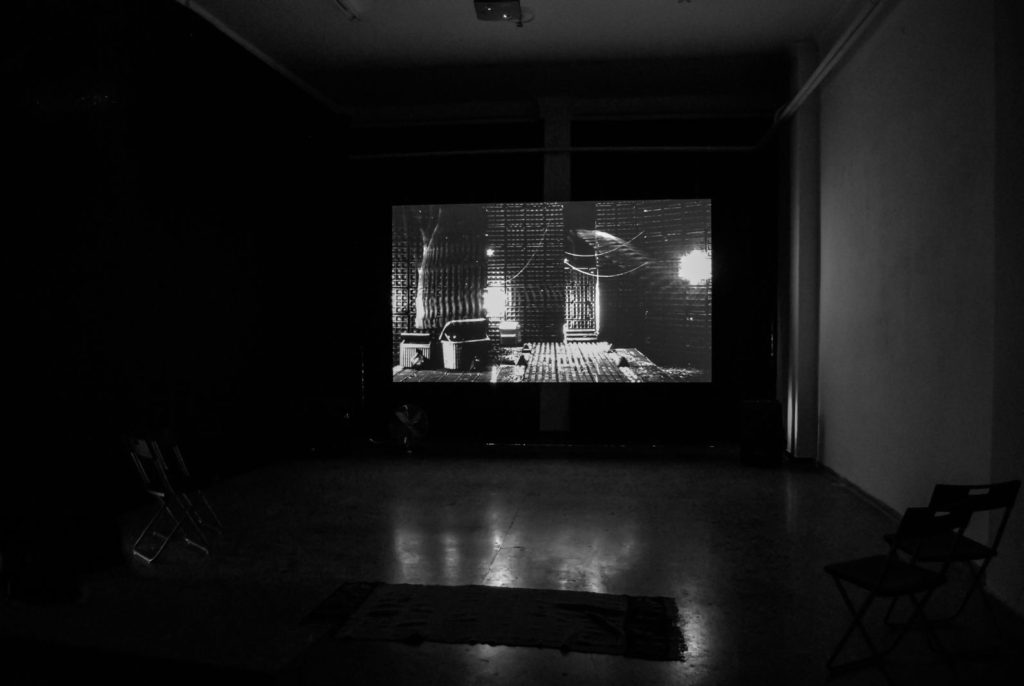 A Series of film screenings

State of Concept is pleased to present its first series of film screenings featuring works of international artists, entitled Of other places curated by Myrto Katsimicha.

The exhibition investigates the notion of space through the medium of video and explores alternate ways of constructing our spatial consciousness within a given setting.

This series of screenings came together as a reflection on Michel Foucault’s seminal piece ‘Of Other Spaces: Utopias and Heterotopias’ which was followed by a short study on key aspects about the theory of space. Considering the idea of space, not as a unified concept but rather as a set of heterogeneous elements, the selected films represent real and unreal places or fragments of space, that invite the viewer to search for the co-existing values that form their meaning. Each of the films presented here can be seen as an ‘heterotopia’. These are recognizable places – common places – that live by their very own qualities beyond time. Deviating from the ordering patterns that organize our being, we find ourselves immersed when simultaneously retaining a certain distance.

These other places – mental and physical – propose a different reading of the settings, which we are often familiar with and which constitute the variants of space. Our spatial tactics may vary, thus creating different perspectives. However, only when we adhere to space are we able to generate new images of the world that surrounds us. These common places invite us to further reflect on the way we construct our memory of the space, on the way we link to it and finally on the way we choose to inhabit it. We can then perhaps learn how to pass from one space to the other without ‘bumping ourselves’.

* In January 2015, Hans Op de Beeck was one of the artists of the inaugural exhibition of the Espace Louis Vuitton in Paris entitled ‘Le Fil Rouge’. Hito Steyerl is currently representing Germany in the 56th Venice Biennale until November 2015.

A Series of film screenings