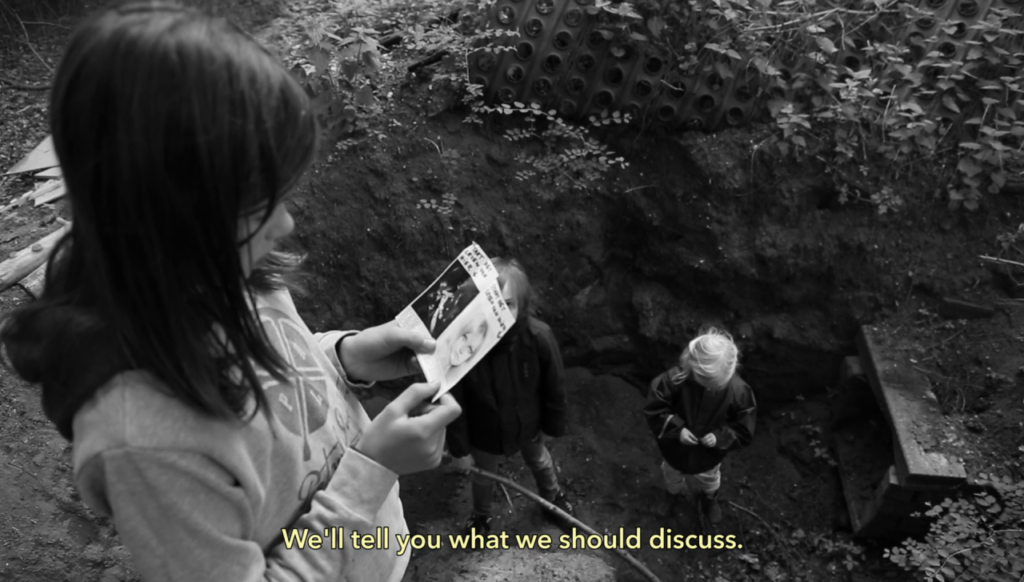 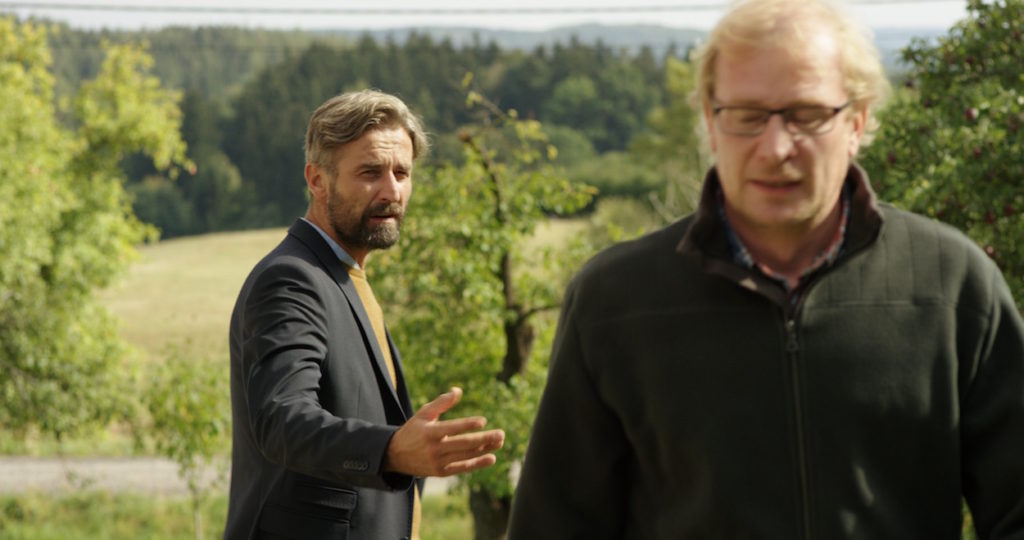 Notes on a European Language

State of Concept is pleased to present “Notes on a European Language” curated by iLiana Fokianaki. The group exhibition with Eva Kot’átková, Zbyněk Baladrán and Tomáš Svoboda, is the second installment of an exhibition chapter dedicated in current European crises, that started with Jonas Staal’s “After Europe” in June and will end with Alexander Tovborg’s “The rape of Europa” in November.

“Notes on a European Language” comments on violence and power relations through the visual language of film. The three Czech artists presented in this exhibition use different starting points to highlight through their work, one of Europe’s common contemporary languages: that of the propagandistic power of the image. The works aim to visually describe what now seems to be the doomed future of the ideal of “paneuropeanism” translated by a common language that no longer aims to unite but divide European states. In recent years, the voices that supported the “European ideal” have been if not quieter, certainly more ambiguous. What is promoted as a common European direction, is much less relating to the 90s idea of a united Europe that proposed a common agenda of equal rights, freedom of speech, multinationality and mutli-ethnical and multi-religious populations, but rather is a Europe consisting of countries that promote their own economic agendas, protect their interests and a Europe, that now tolerates – if not promotes in certain cases- rhetorics of hate, division and closed borders.

All three films in their own manner succeed in tapping on what was once a political myth of older totalitarian regimes: the use of propaganda via visual tools. Through their testimonies of the propagandistic traits of image, they suggest that these mechanisms of visual language, re-surface in contemporary Europe, validifying recent sociopolitical studies, which have emphasised that these practices are also found in the heart of our democratic societies.

On the night of the opening we invite you to a talk with artists Eva Kot’átková and Tomáš Svoboda and the curator Iliana Fokianaki. The talk is open to the public and will start at 7pm.

Zbyněk Baladrán (b. 1973, Prague) lives and works in Prague. He studied art history in the Philosophy Department of the Charles University and in the Studios for Visual Communication, Painting and New Media at the Academy of Fine Arts, both in Prague. Recent solo exhibitions include Socio-fiction, ICA, Sofia (2015); Contingent propositions, Gandy, Bratislava (2015); Diderots Dream, HuntKastner, Prague (2014); The Measures Taken, Kunstraum, Munich (2014). Selected group exhibitions include Museum (Science)Fictions, Centre Pompidou / Espace Prospectif, Paris (2016); A Hole in the Sea, Württembergischer Kunstverein, Stuttgart (2016); The Promise of Total Automation, Kunsthalle Wien, Vienna (2016); Ocean of Images, MoMA, New York (2015); The School of Kyiv, The School of Image and Evidence, Kyiv Biennial 2015, Kyiv (2015); Report on the Construction of the Spaceship Module, New Museum, New York (2014); Film as Sculpture, Wiels, Brussels (2013); The 7th Seoul International Media Art Bienniale, Seoul (2012). In 2014, he exhibited along with Petra Feriancová at the Pavilion of Czechoslovakia at the 55th Venice Biennale. He was a member of the curatorial team of Manifesta 8 in Murcia, Spain (2010). In 2001, he co-founded Display, a space for contemporary art, which in 2007 was transformed into Tranzitdisplay where he is responsible for the exhibitions program. He is represented by the Jocelyn Wolff Gallery (Paris), the Gandy Gallery (Bratislava) and Hunt Kastner (Prague).

Tomáš Svoboda (b. 1974, Prague) lives and works in Prague. He studied at the Academy of Fine Arts, Karlsruhe (1999) and the Academy of Fine Arts, Prague (2003). He is the co-founder and co-curator of Display, a space for contemporary art in Prague (2001) which in 2007 transformed into Tranzitdisplay. Recent solo exhibitions include Moving Image Department – 4th Chapter: The Rhetoric of Time, Revisited, National Gallery in Prague (2016); Here ends the film, Nevan Contempo, Prague (2015); Like a Movie, tranzitdisplay, Prague (2015); I’m not scared of movies any more, Jeleni Gallery, Prague (2013). He has participated in group exhibitions including among others Jiné vize CZ / Other visions CZ, Galerie AMU, Prague (2016); Goodbye Language, Atelier 35 Gallery, Bucharest (2015); Spaces of Narration, NoD Gallery, Prague (2014); Show Me (your Idols), Kreuzberg Pavillon, Berlin (2014); Additional Links, Kunsthalle am Hamburger Platz, Berlin (2013); The Islands of Resistance, Between the First and Second Modernity 1985 —2012, National Gallery, Prague (2012); Ř! The Czech National Identity in Contemporary Art, VSUP, Prague (2012).

The exhibition is produced in collaboration with Are | are-events.org and supported by the City of Prague, the State Cultural Fund and the Ministry of Culture of the Czech Republic. Special thanks to NEW Hotel, a member of Yes! Hotels Group located in the city center of Athens.