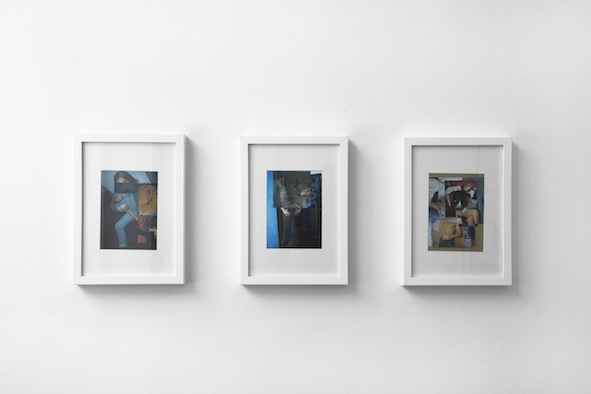 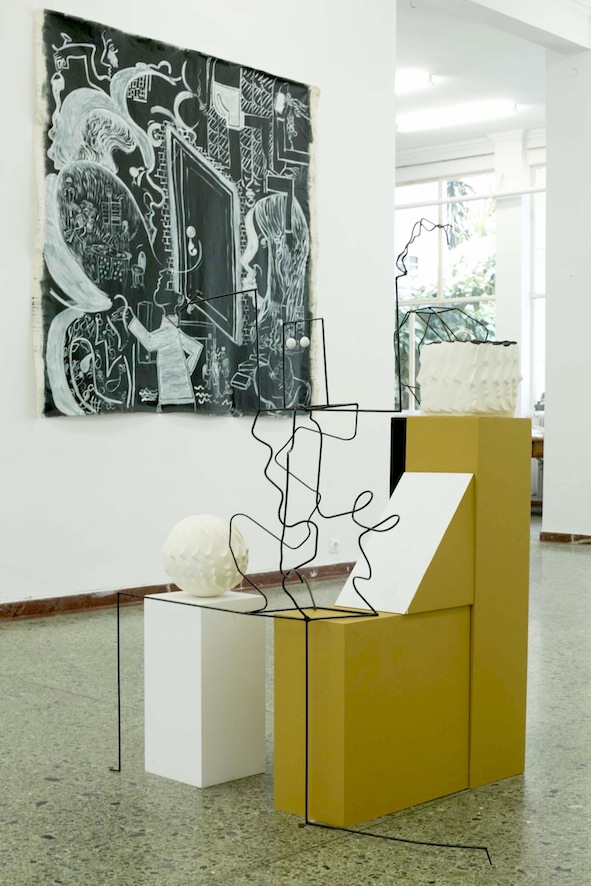 “…as if some giant cucumber had spread itself over all the roses and carnations in the garden and chocked them to death”, V.Woolf “A room of one’s own”, p.72., 2015, iron, paint, modeling material, fired white clay, wood, dimensions variable, installation view © State of Concept, 2015.

The title of the show is a vague memory from a friend of the artist; a phrase that stayed with Margarita Bofiliou for a long time, until she sourced it and found out that it derives from the classic Greek tragedy Perseus by Aeschylus. The symbol of power, Xerxes, is the infallible king who made the wrong decisions; he built bridges but paid a dear price since he returned defeated.

The works featured in the exhibition are an exploration of the way that symbols are manipulated and personified in contemporary culture, as well as the way power is “dressing” symbols and how symbols represent power.

In his seminal tragedy, Aeschylus is using the profile of the ones that lost in order to accentuate the winners, the Greeks. The artist is investigating this perspective, commenting on patriotism, the self-love of the Greek tradition as well as the notion of symbols within politics, society and its power relations. Bofiliou’s work uses symbols, social practices, experience and memory, primeval mysticism and contemporary inwardness as tools for her work. She investigates the way through which the socio-political system forms symbols that can include stereotypes, behaviours and roles to its benefit. The construction and elaboration of human and environmental nature, in conjunction to a personal experience, are also of interest to the artist.

You can read the artist’s text here.