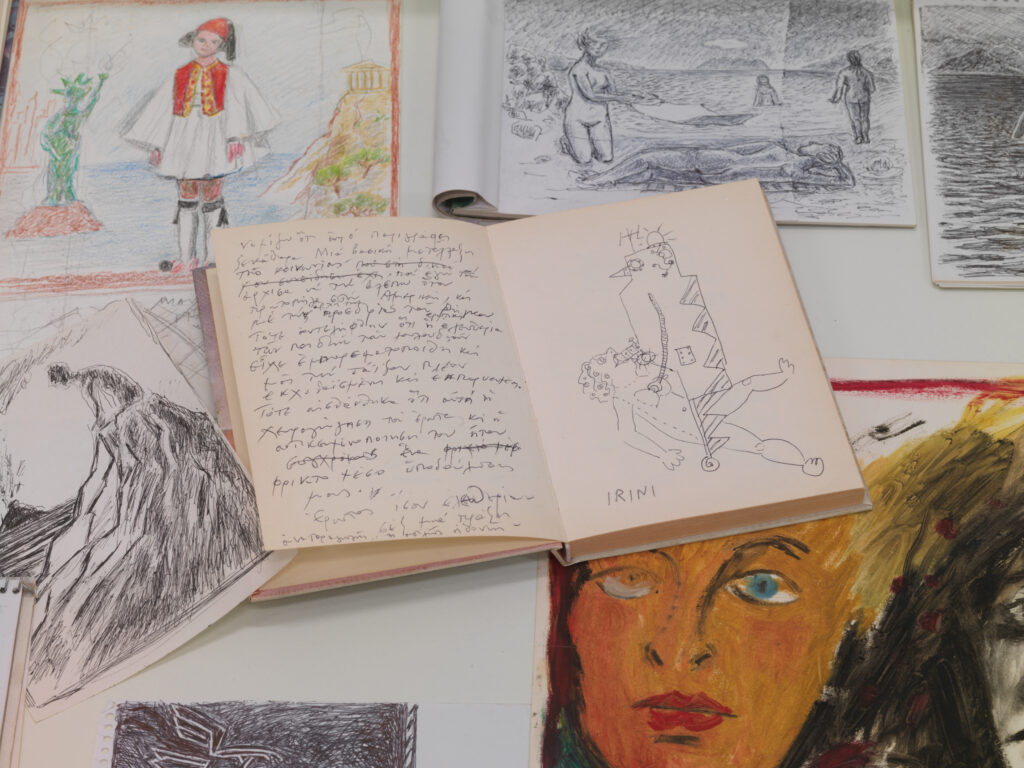 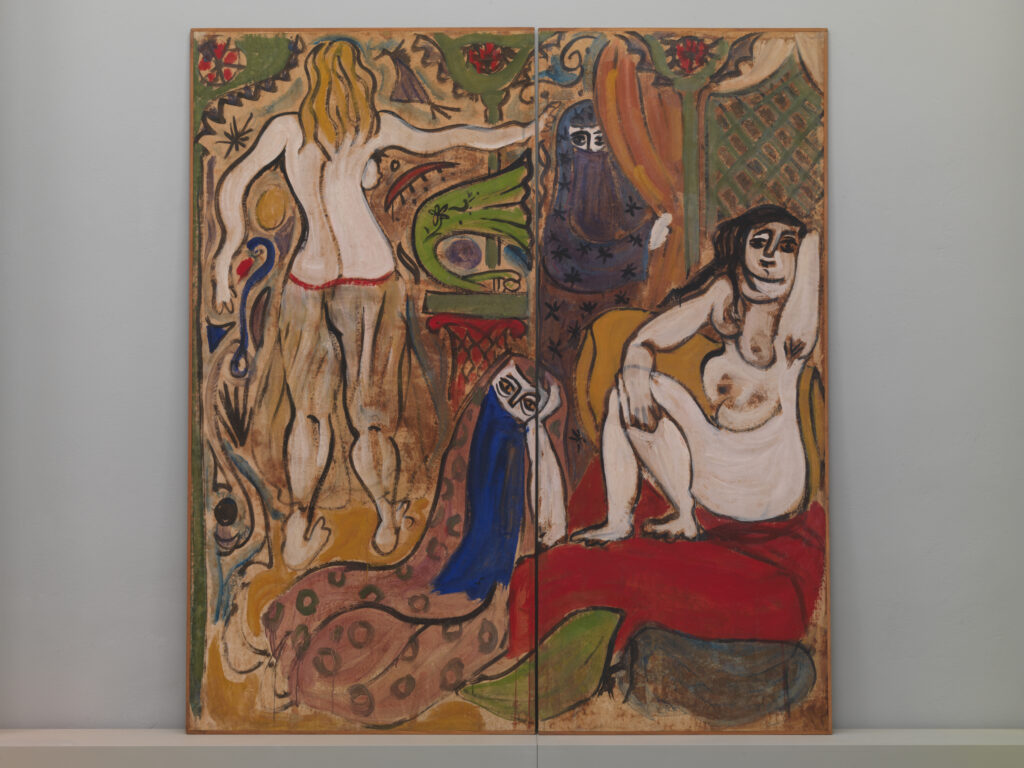 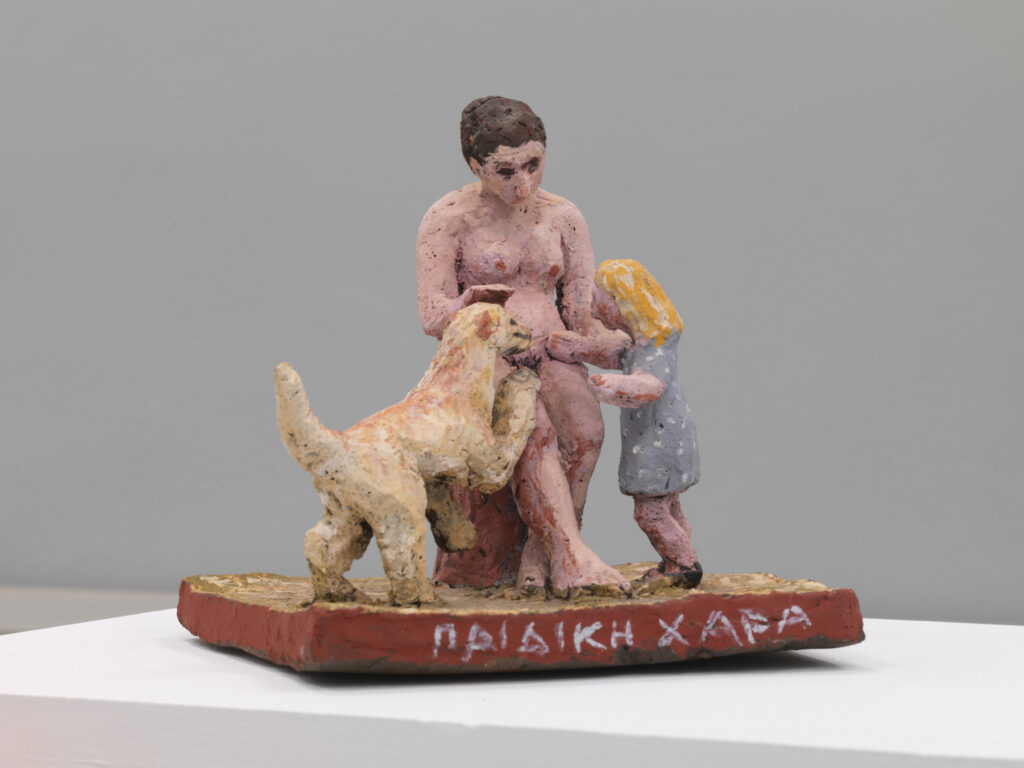 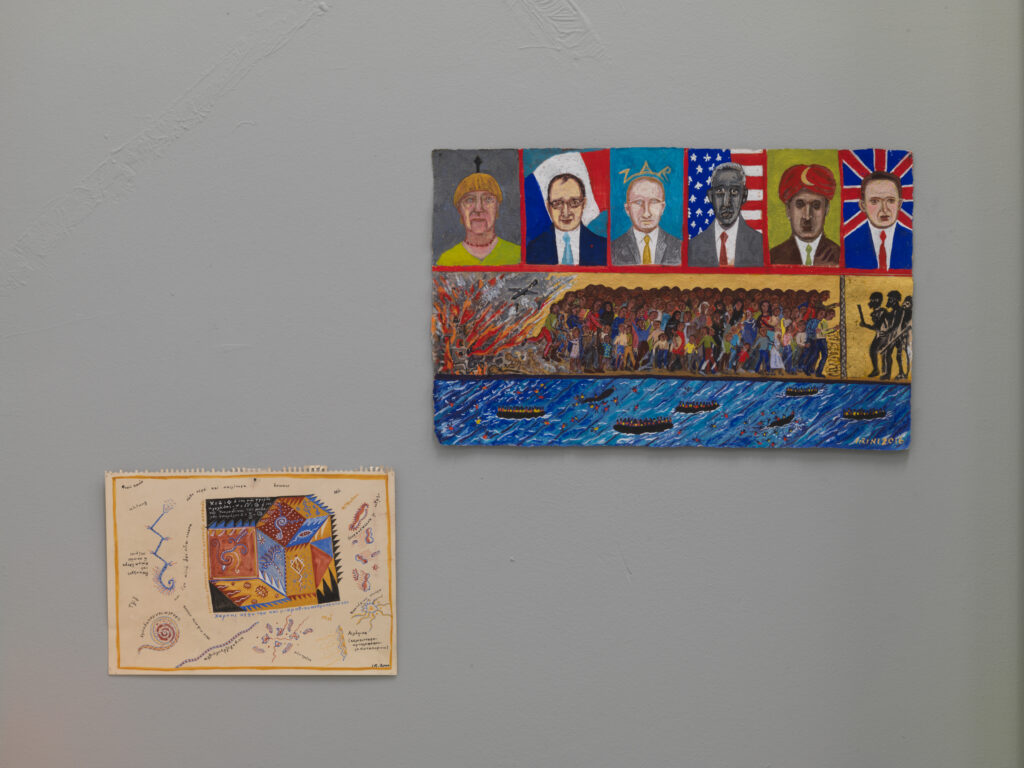 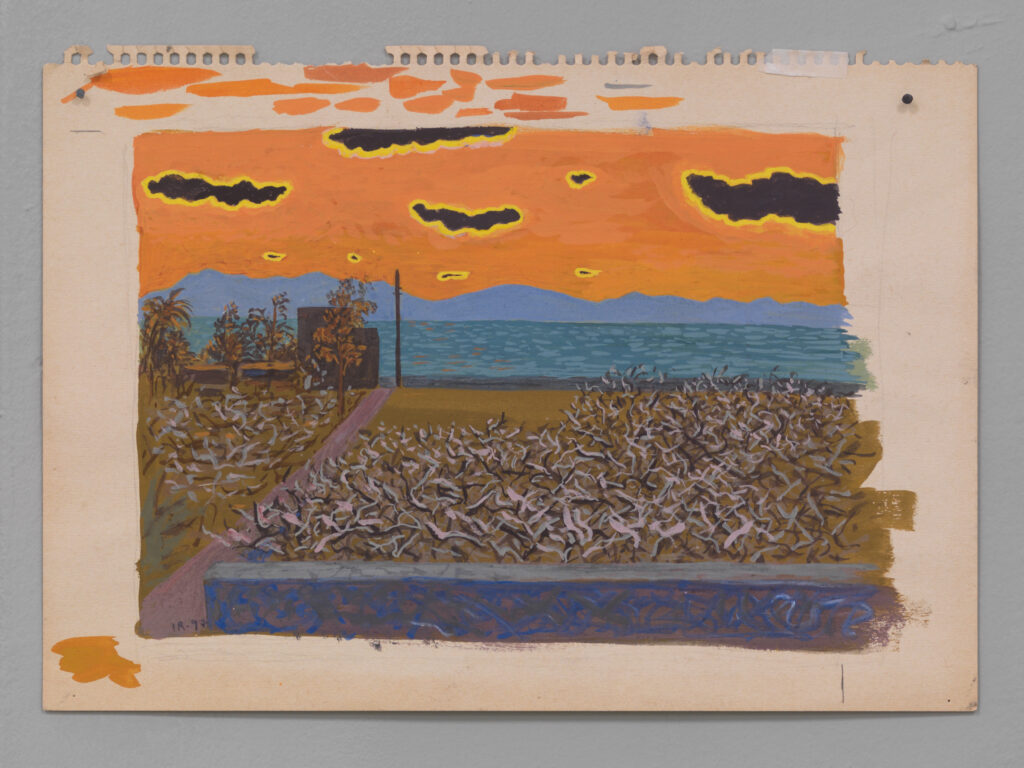 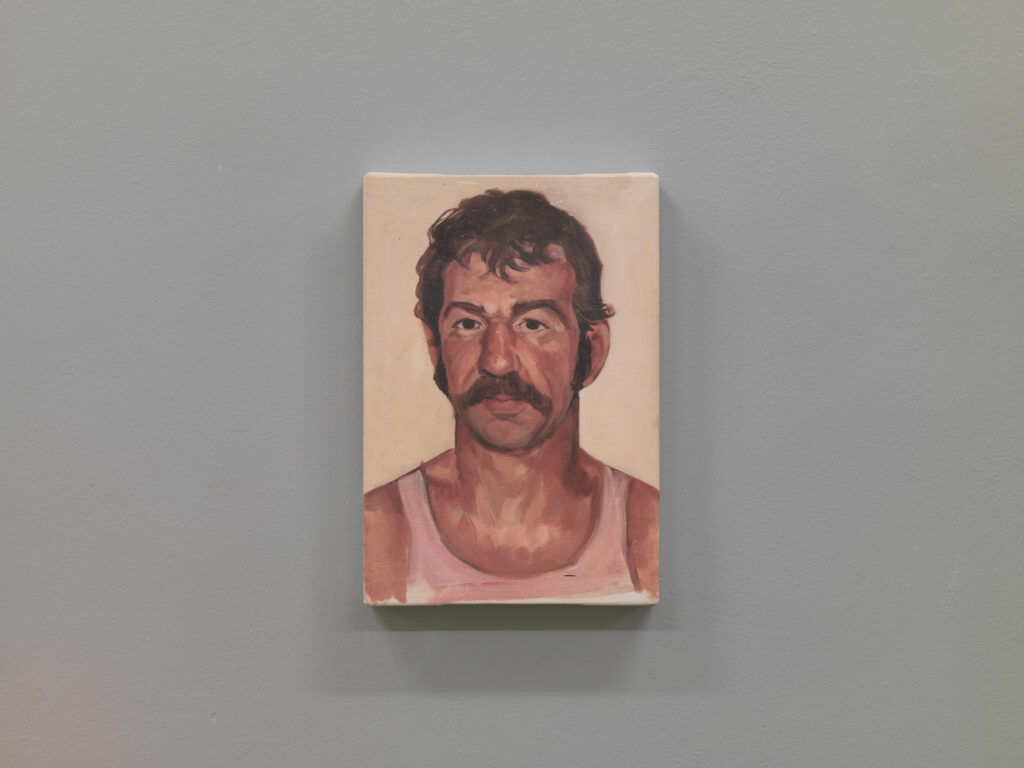 State of Concept Athens is happy to present a solo exhibition of Irini Vourloumis, entitled “Care-full Notes” and curated by iLiana Fokianaki.

The exhibition operates as an introduction to the second phase of the thematic chapter “The Bureau of Care” (which began in 2020) under the title “Coalition of the Care-full” and inaugurates collaborations with artists, curators and thinkers and will run until 2024.

The exhibition, which takes place a few months after the artist’s death, focuses on two main questions: can the role of the archive be a gesture of care, and who acts as the caretaker of the legacy of the work of art after the end of an artist’s life? The case of Irini Vourloumis’ work is perhaps the ideal locus to think through these questions.

The curator was introduced to Vourloumis’ work in 2020, inviting her niece, theorist Hypatia Vourloumis, to curate a day of discussions on feminism, where she framed the day with images from paintings by her aunt, Irini Vourloumis. This prompted Fokianaki to study the painter’s work further. However, the global pandemic and the sudden death of the painter, made their meeting impossible and turns this exhibition into a latent, delayed act of care towards her body of work. In collaboration with Vourloumis’ family, Fokianaki studied her entire archive situated in her workshop and home in Aegina island, attempting to assemble the pieces of a rare practice and artistic narrative.

The case of Vourloumis is a unique example of a practitioner who embarked on multiple means and ways of artistic expression: actor, set designer, jeweller, sculptor and painter. While much of her work remains unknown to the general public, the exhibition attempts to focus on the overall trajectory of Vourloumis’ cultural production, which includes a number of works that have never been presented. At the same time, it attempts to historically position the work of Vourloumis in a period that marks perhaps the first historically tangible moment of financial emancipation for Greek women artists becoming active participants in the art market of Greece.

Sculptures, small objects, snippets and drawings from hundreds of her notebooks, are presented along with her paintings and snapshots of her life.

Irini Vourloumis was born in Athens in June 1941. She attended painting classes at the Athens School of Fine Arts and the Ecole des Beaux Arts in Paris. In the 1960s she worked as an assistant to celebrated Greek artist Yannis Tsarouchis. Vourloumis mainly assisted in the scenography of productions for several theatrical plays and through their collaboration she was drawn to acting. She graduated from the Theater School of P. Katselis. During the 1970s she worked as an actress in theatre, film and television. In parallel with her acting career, she worked as a graphic designer for the infamous Greek advertising company KARABOT. In 1979 she moved to New York where she devoted herself to painting and miniature sculpture, and began to work on jewellery design. Exhibitions of her jewellery and paintings were held in Canada and the USA, during the period 1979-1985. At the same time she created designs for the Zolotas line. In the 90s she returned to Athens, painting and creating jewellery and other objects and from 1995 she lived permanently in Aegina until her death in 2021. She has exhibited in Athens Art Gallery, Gallery of Wearable Art New York, Vitti Gallery, New York Gallery Skoufa, Kouros Gallery New York, The Offices of Greek Tourism in Montreal, Labyrinth Gallery Athens, Astra Gallery Athens and at the Folklore Museum of Aegina.

The programme “Coalition of the Care-full” is supported by the European Cultural Foundation and is part of the project “European Pavilion”.