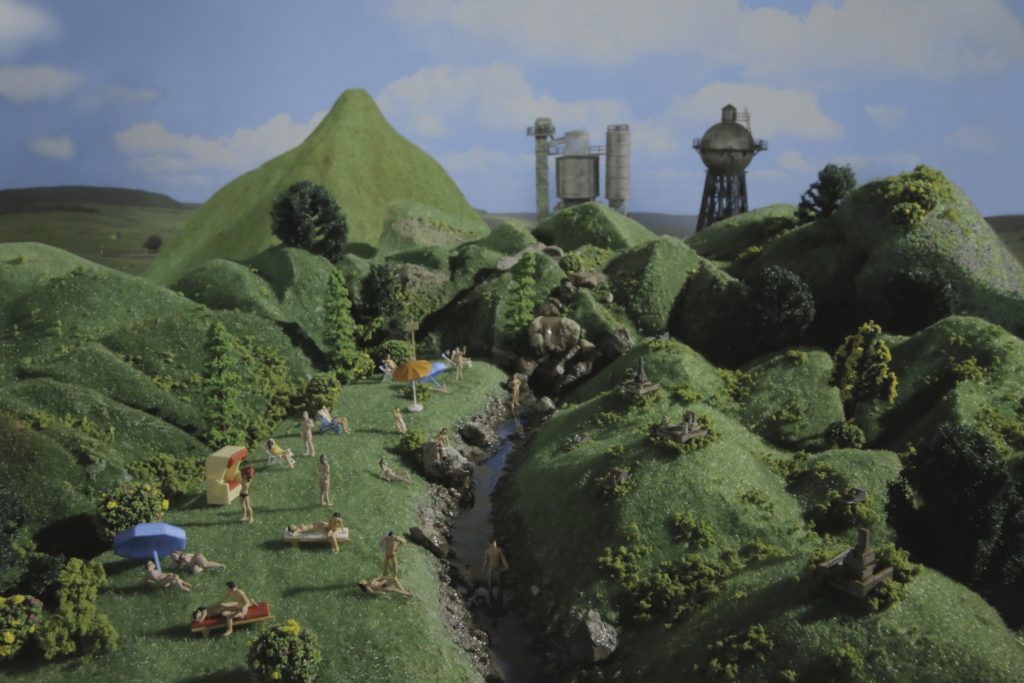 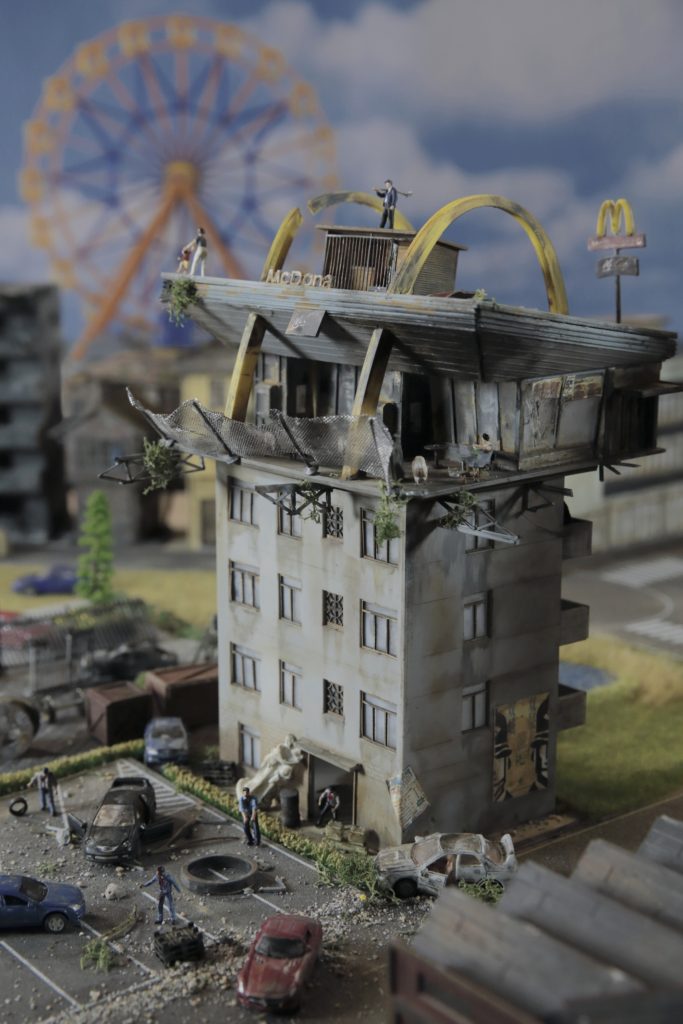 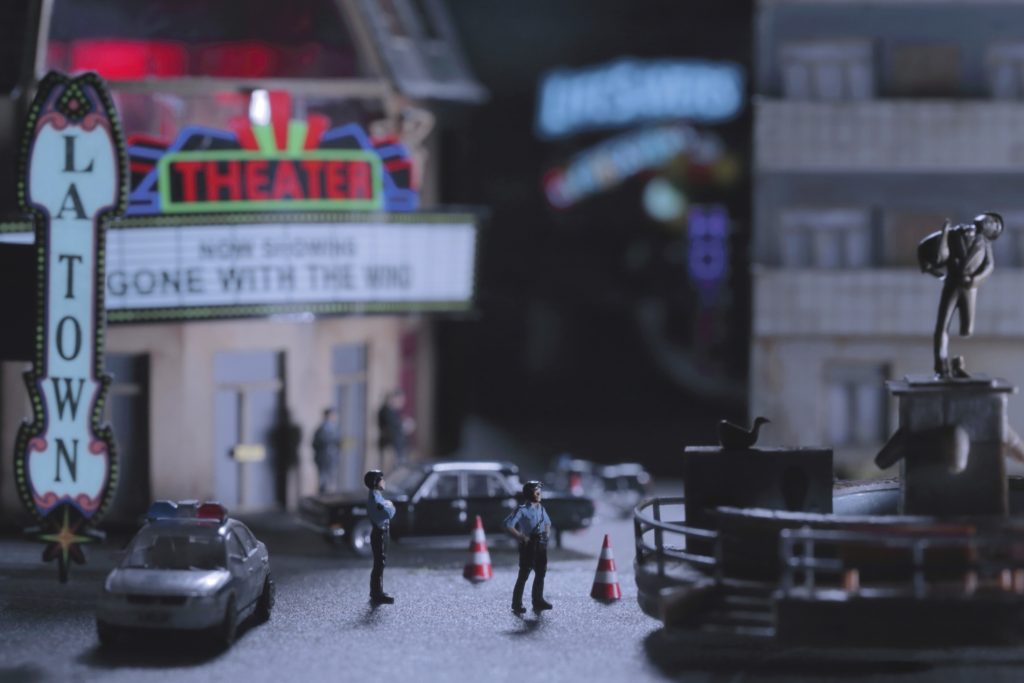 State of Concept is happy to present La Town by Cao Fei,  a film of the artist from 2014, until recently exhibited at the 56th Venice Biennale.

At a place called the “Night Museum”, open only after dusk, various artifacts about “darkness” are on display. There is the American horror film “30 Days of Night”, Chinese artist Chu Yun’s installation “Constellation”, and surprisingly, there is even the iPad app game for “The Godfather.” This exhibition is about La Town.

Everyone has heard the myth of La Town. The story first appeared in Europe, but after traveling through a space-time wormhole, reappeared in Asia and Southeast Asia. It was last seen near the ocean bordering the Eurasian tectonic plate, vanishing in its midst as if a mirage. La Town, that was struck by unknown disaster – where without sunlight, time froze. Polar night was all encompassing, so the few instances of white nights have been momentously recorded in the town’s history. Yet, through the drifting of time and space, various countries have rewritten La Town’s history, and details have been neglected. Now, the story of the small town’s past – love affairs, politics, life, demons and disasters – have all been sealed beneath the museum’s vitrines, the historical “specimens” becoming an authoritative but limited interpretation of this town’s history.

“Cao Fei’s La Town was a revelation in Venice, during its Biennial last May. Within the mayhem of the mega-exhibition, and the limited time everyone has to digest works, in quick viewings, short time visits and hurried glances, it made me stand still. It lasts 42 minutes. I saw all 42 minutes of it, ignoring the fact I had a whole Arsenale to see, ignoring the fact I was soon to catch a flight back to Athens. But this film was Athens. What makes La Town mesmerizing is the vast associations one can feel with this town. Through a disconnected -at first- aesthetic of the use of maquettes and miniatures, the artist crushes thresholds of universal truths, realities and preconceptions. La Town, could be every town, is every town, might be the future of every town. And it remains tragically still, full of despair and resignation but also infused with movement,  emotion, hope, reflection and determination. Very much like contemporary Athens.”