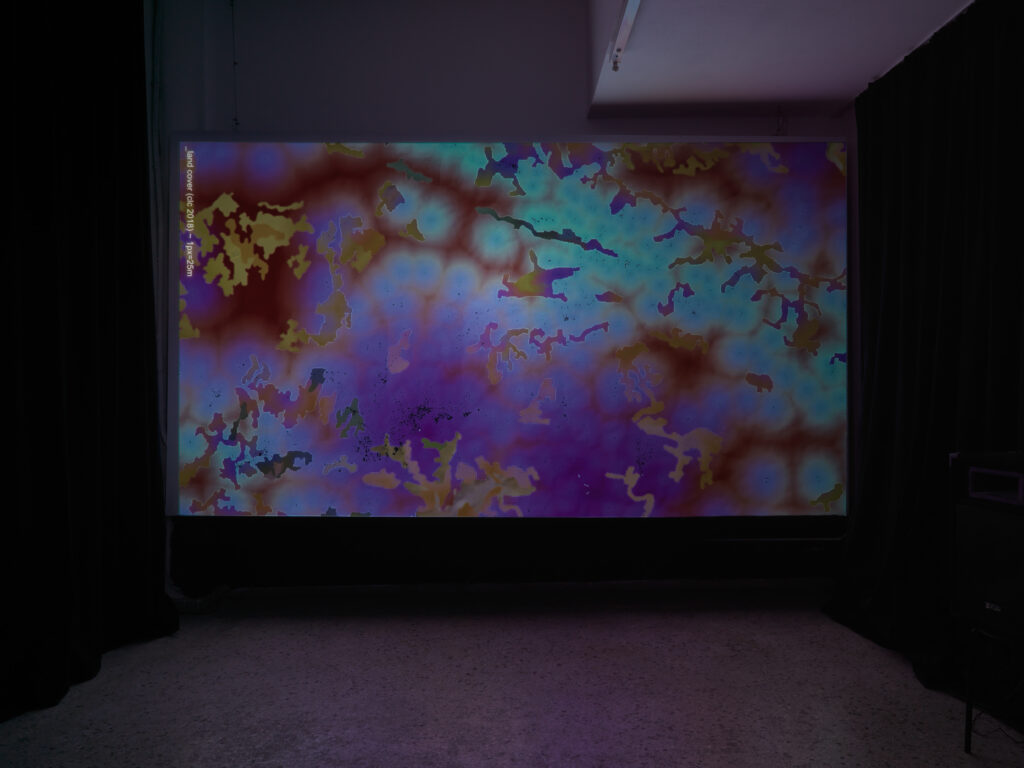 As part of the second episode of Waste/d Pavilion, this dialogue between artist Elsa Brès and art historian Kyveli Mavrokordopoulou is the second iteration of the Bona-Fide series of exhibitions dedicated to contribute to the promotion of young artists and critics/curators. Brès presents Notes for Les Sanglières, shot in the rural French region where she lives, which deals with wild boars as allies, inspired by the ideas of ecofeminism. In her text Mavrokordopoulou, a researcher on the subterranean imaginary in contemporary art, especially with regard to nuclear spaces, shares her thoughts on Brès work in relation to ecology, in the fundamental sense of the term as the interaction of organisms with each other and with their environment.

Notes for Les Sanglières is a short film about a longer film in the making. This preparatory sketch focuses on the boar, an animal that has enjoyed many media appearances as of late. Packs of boars are routinely depicted wandering in urban environments, from bustling cities to barren exclusion zones around sites of nuclear disasters: peeping in trash bins, looting abandoned homes, attacking people on beaches. The film probes the alliance between boars and humans, troubling narratives of human exceptionalism. To pursue this improbable collaboration, Brès works her way through different representations and significations of the wild boar, ranging from its current status as an unwanted domestic intruder to its painterly variation as a symbol of virility in hunting iconography. The film is about imagining our relationship to the natural world otherwise, deploying the wild boar not in its essence but in its uptake, in its potential to open our imaginations to other forms of socioecological relationalities.

Elsa Brès was born in 1985 and lives in Bréau, in the Cévennes. She graduated from Le Fresnoy – studio national d’arts contemporains in 2017 and from the Paris-Belleville School
of Architecture in 2012 – where she taught architecture and landscape theory.

Her films and installations focus on forces of resistance in contemporary landscapes, and blend researches, narratives and experimentations. Her projects are anchored in long time periods and in territories to which she is linked, in an approach that is increasingly open to collaborations.

Kyveli Mavrokordopoulou is an art historian and curator working at the intersection of art history and the environmental humanities, specializing in the relationship between art and science, with an emphasis on nuclear technologies. She defended her doctoral dissertation Dwelling, Extracting, Storing. Nuclear Imaginaries in Contemporary Art (1970-2020) in November 2021, at the École des Hautes Études en Sciences Sociales (EHESS, Paris), supported by an Onassis Foundation scholarship. She is an incoming postdoctoral fellow at the International Center for Advanced Studies in Philosophy, Sociology, and History of Science and Technology at RWTH Aachen University. Previously, she was a fellow at the Environmental Humanities Centre, VU University, Amsterdam (2019) and the Climate Commons Working Group, Carleton University, Ottawa (2018). She has curated projects and films screenings for institutions including Framer Framed, Sonic Acts and the 7th Moscow Biennial. Previously, she has been a guest lecturer at the Royal Academy of Art in The Hague, Sandberg Instituut in Amsterdam, Yale School of Art, Esä in Dunkirk, and Carleton University in Ottawa. In 2020-21 Mavrokordopoulou was an ARTWORKS curatorial fellow (SNF Fellowship program).