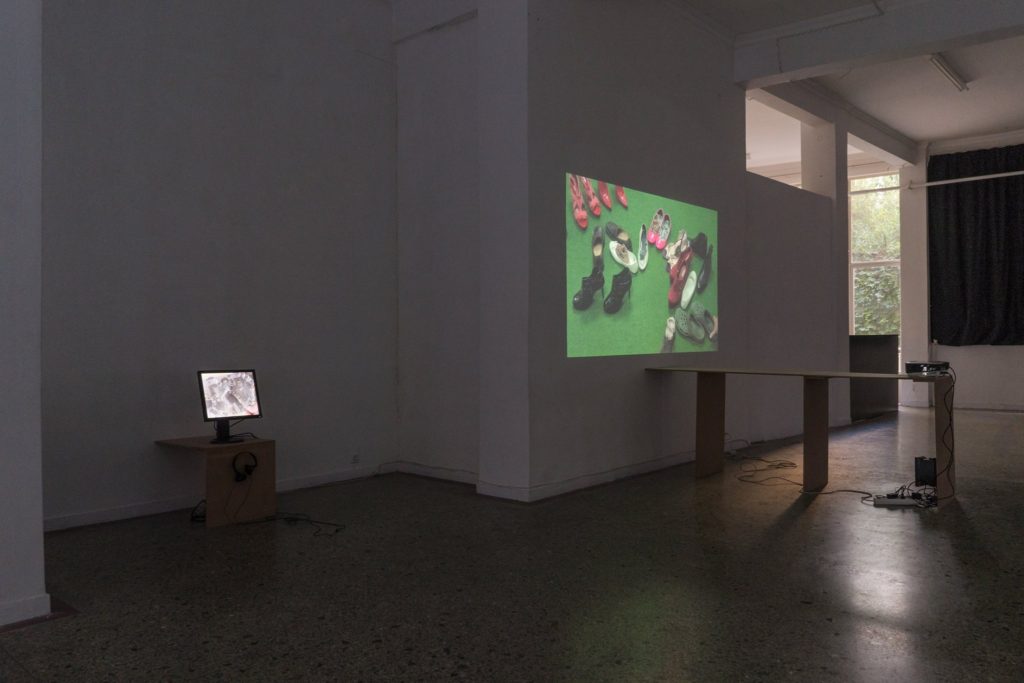 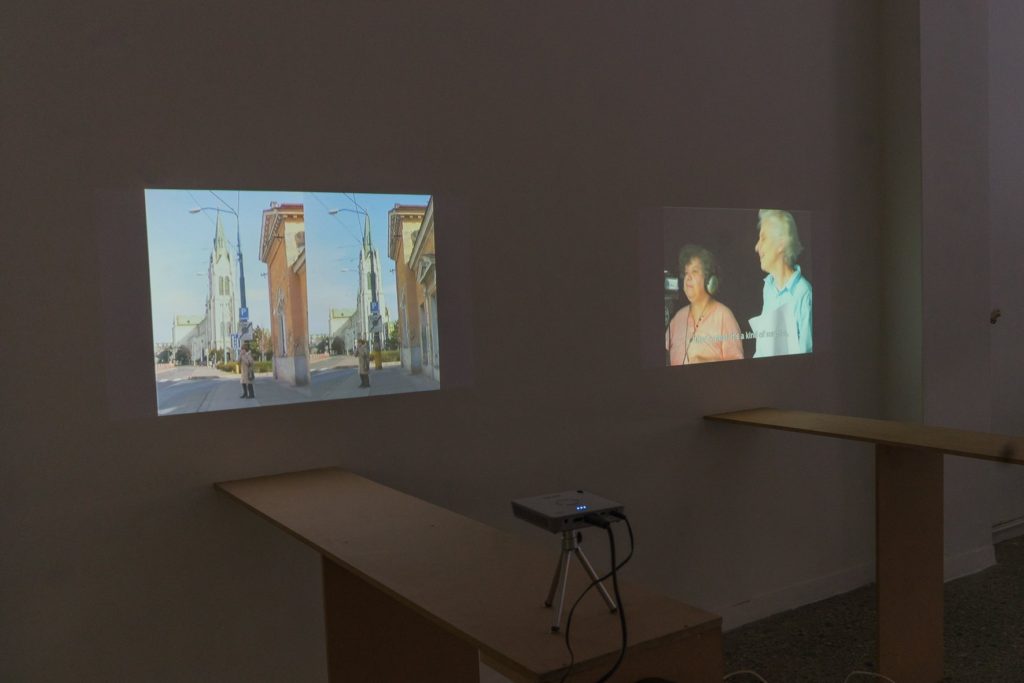 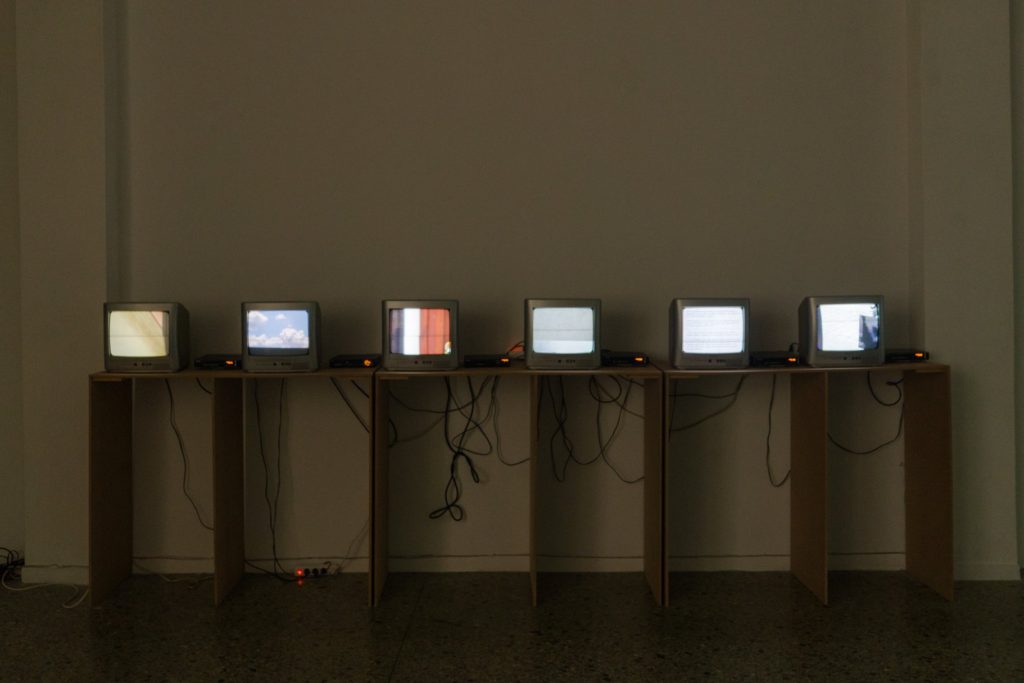 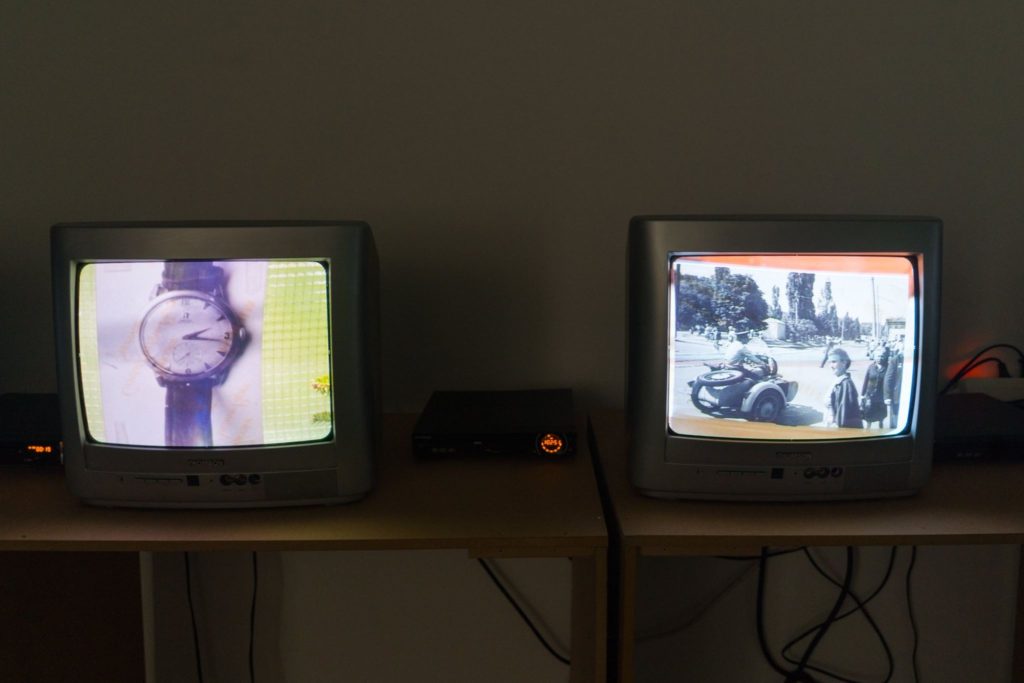 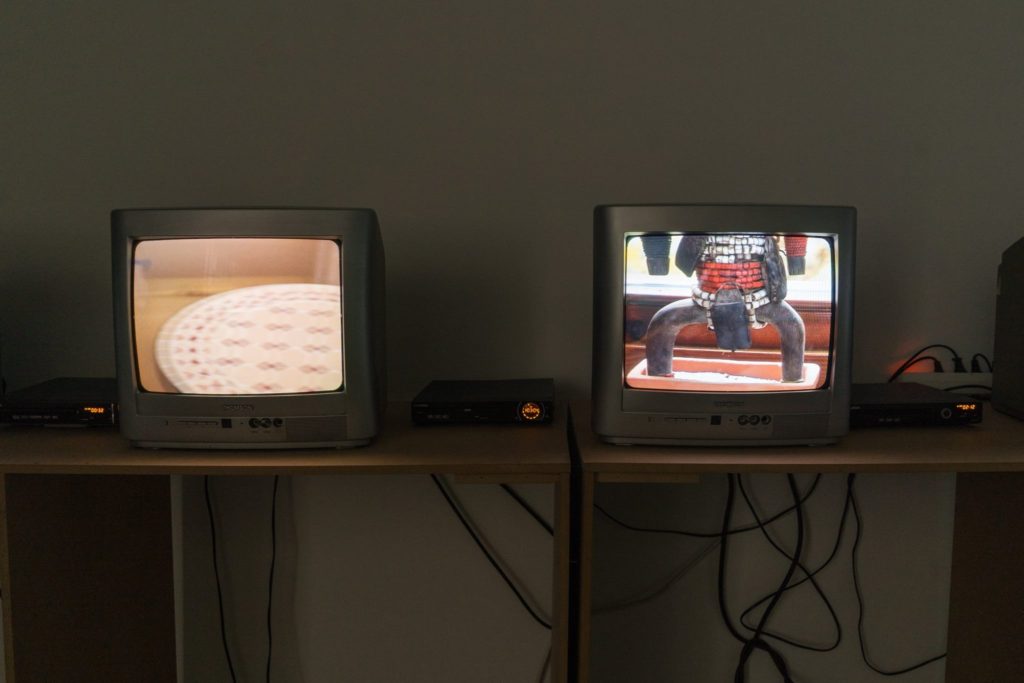 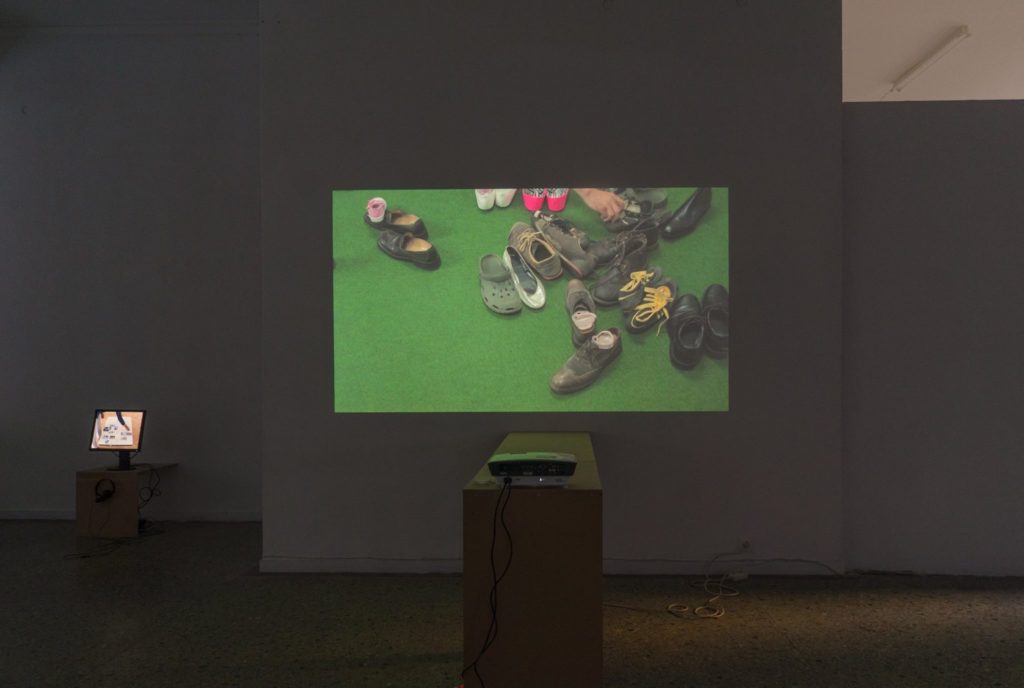 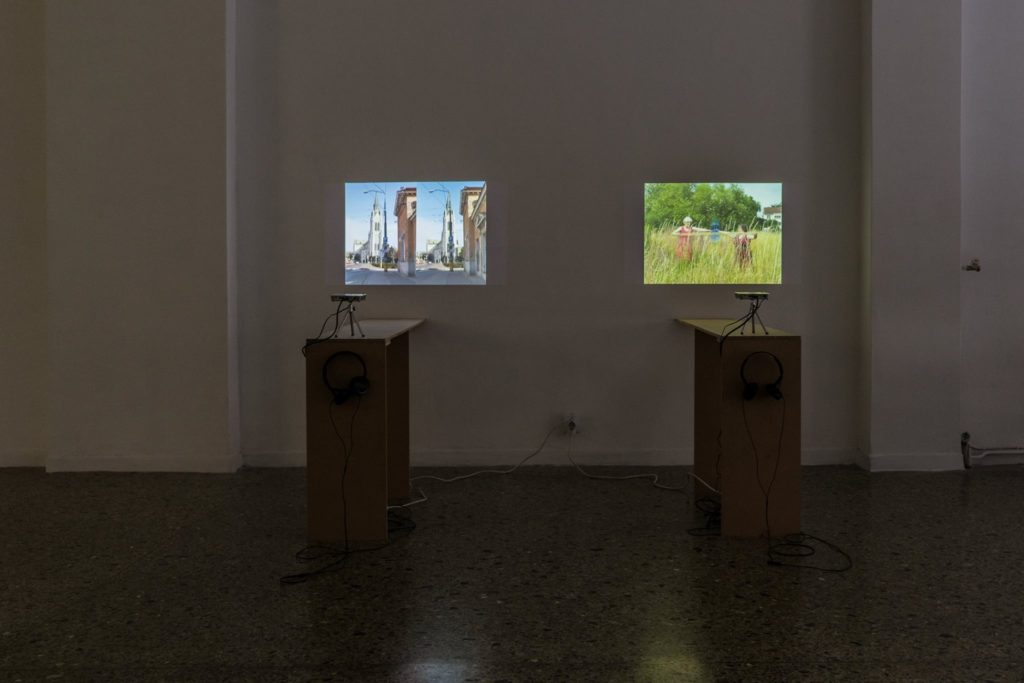 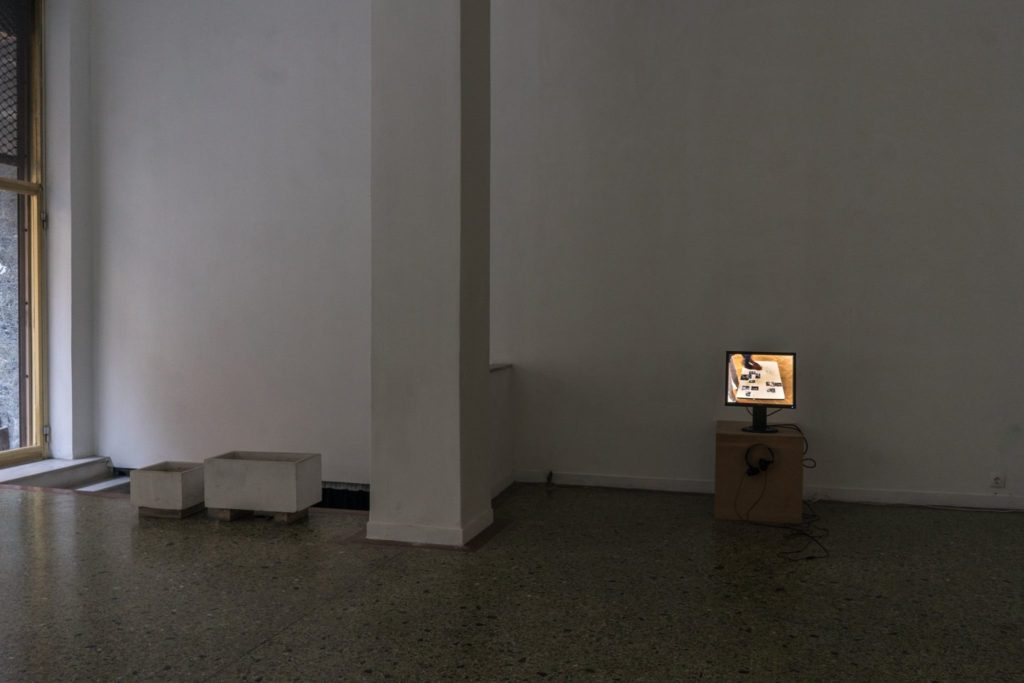 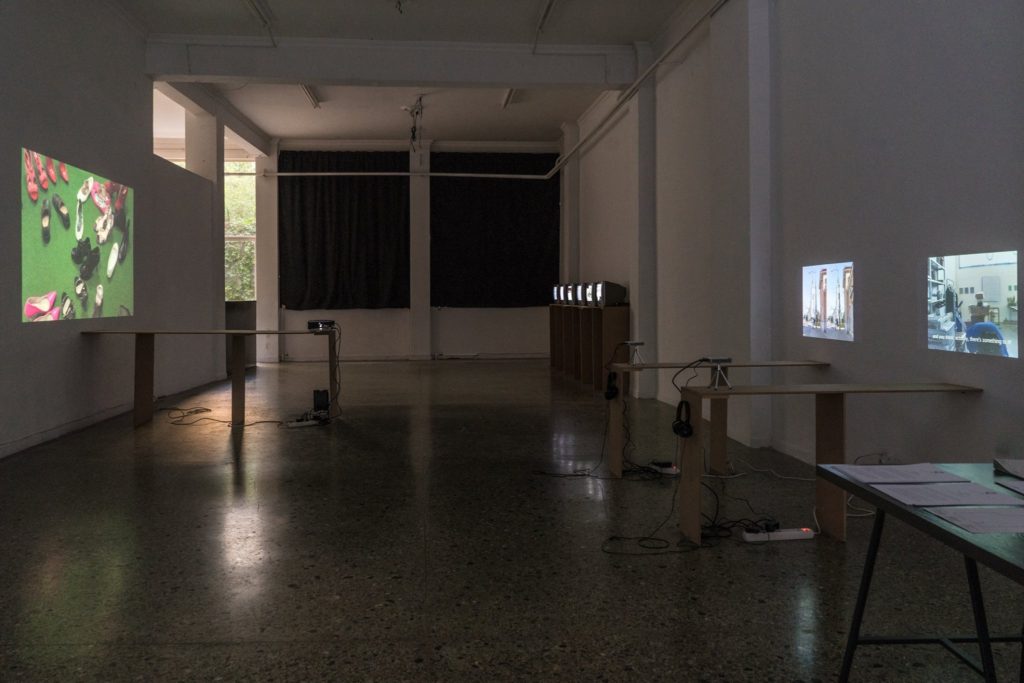 We are happy to announce the opening of the season on Friday, September 28th, with an exhibition of artist Anna Daučíková, one of the most outstanding feminist and queer artist of her generation. The exhibition will present selection of existing video works and a new film “In Their Shoes” (2018).

After her graduation at the Academy of Fine Arts in Bratislava in 1978 Daučíková emigrated to Moscow (then USSR) where she lived and worked until 1991. During this period she expanded her automatic painting practice and her interest in photography and writing, triggered by her encounter with feminist thought. The experience of life in 1980s Soviet union also later transferred itself into the therapeutical-testimony work “Thirty-three Situations” (2015), part of which will be presented in the exhibition. Returning to Bratislava in 1990s her artistic practice honed in the moving image and performance events, artist´s body and bodily action became her main concern in presenting her positioning in that time context. Discovery of video further extended the haptic and prosthetic, but also inherently political use of media.

Alongside her artistic work Daučíková was a co-founder and activist in several women NGOs and she became a spokesperson fo LGBT rights in Slovakia. This activist position can be also translated in the presented trilogy “Portrait of a Woman with Institution” (2011), that overcomes categories as self-portrait, documentary and costume or drag. Her academic career includes teaching at the Academy of Fine Arts and Design Bratislava and since 2012 at the Academy of Fine Arts in Prague.

Daučíková’s work has been a de-linear de-historical testament on other stories and other trajectories that have been side-tracked by the patriarchal, normalising societal structures. She carefully selects fragments of our mundane realities, repositioning them and giving them new narratives. Such as in Three Curtains (2014), another video in the exhibition, where expulsion and admission fluctuates between the bodily and the political.

This exhibition of Anna Daučíková, co-curated with Michal Novotný, is an incomplete attempt to summarise some of the most important topics in Daučíková’s work. The reversed emigration and stay in 1980s Russia, the determination to depart and remain in the position of “the other” and the re-reading of past and present, all intercross on the locale of the political body.

The exhibition is produced in collaboration with