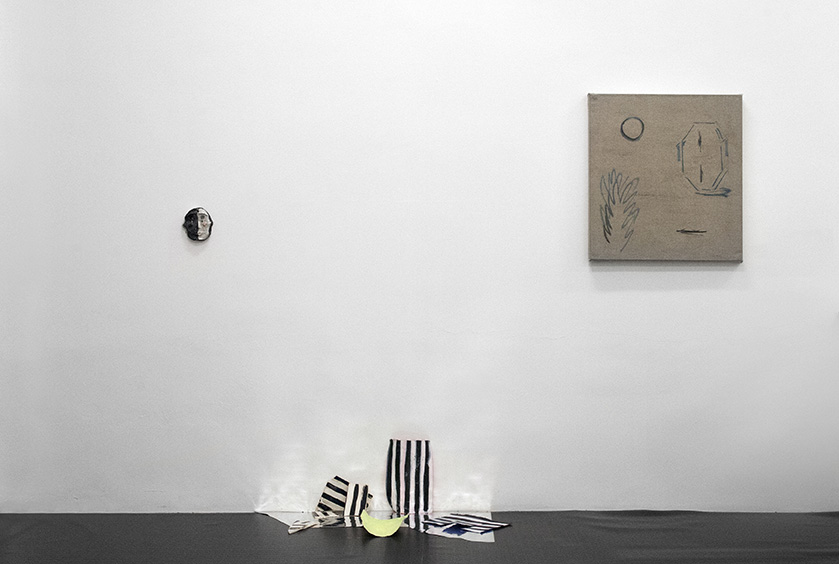 The title of the exhibition plays on ideas of language as a means to conceal, notions of the archaic, of the purposes and the fate of the artistic object and of domestic themes. In Diction Deco traditional techniques are introduced on a need-to-know basis, through a kind of lingering in the elementary state, and are orchestrated into non-committal balances. Landscape, text and geometric forms are merged and combined with objects whose remote significance lies in their fetishistic nature. Linen, clay, wood, wrapping paper support subtly structured connections and sequences, expressed via choreographed repetitions of details. Through playful and inventive associations of colour, form, texture and meaning the works resemble primitive renderings of emoticons, architectural details or public displays of affection.

With the Support of