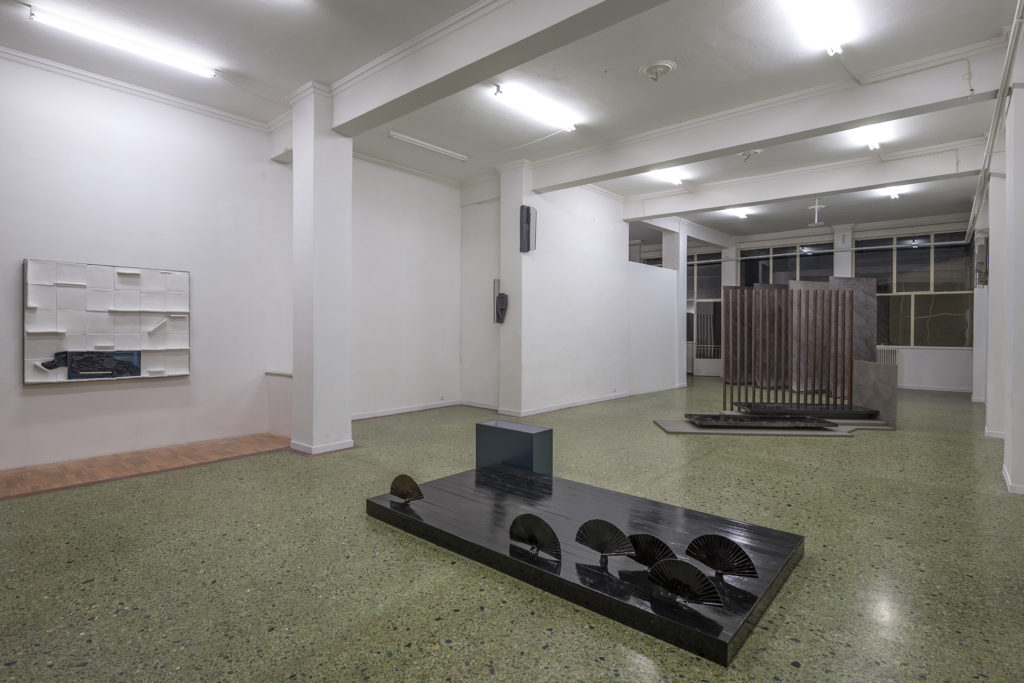 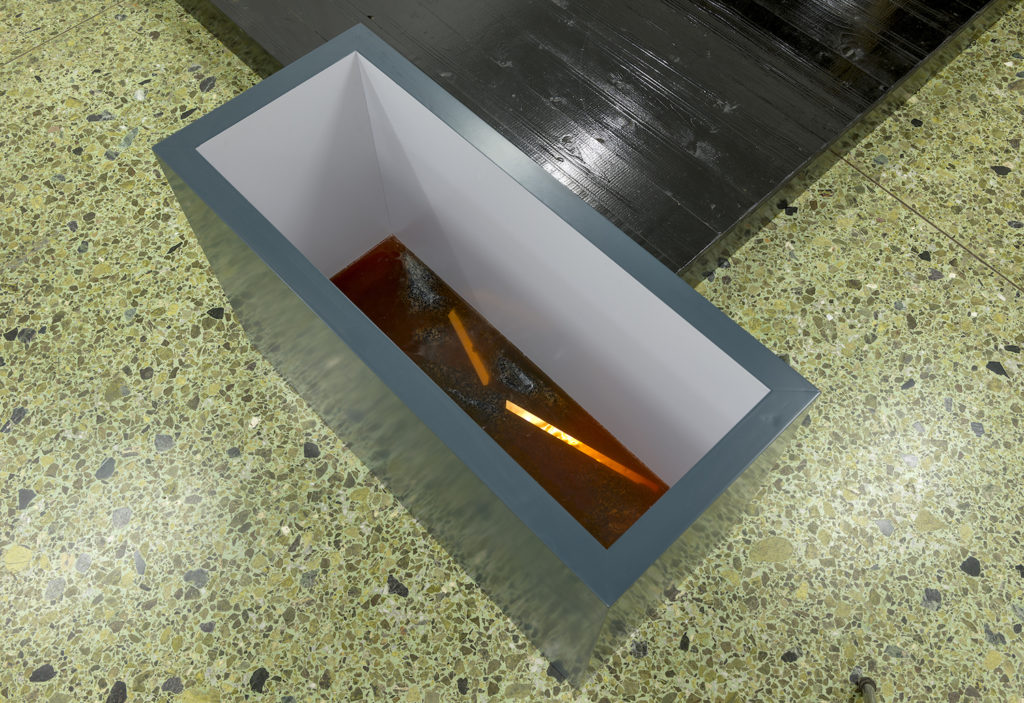 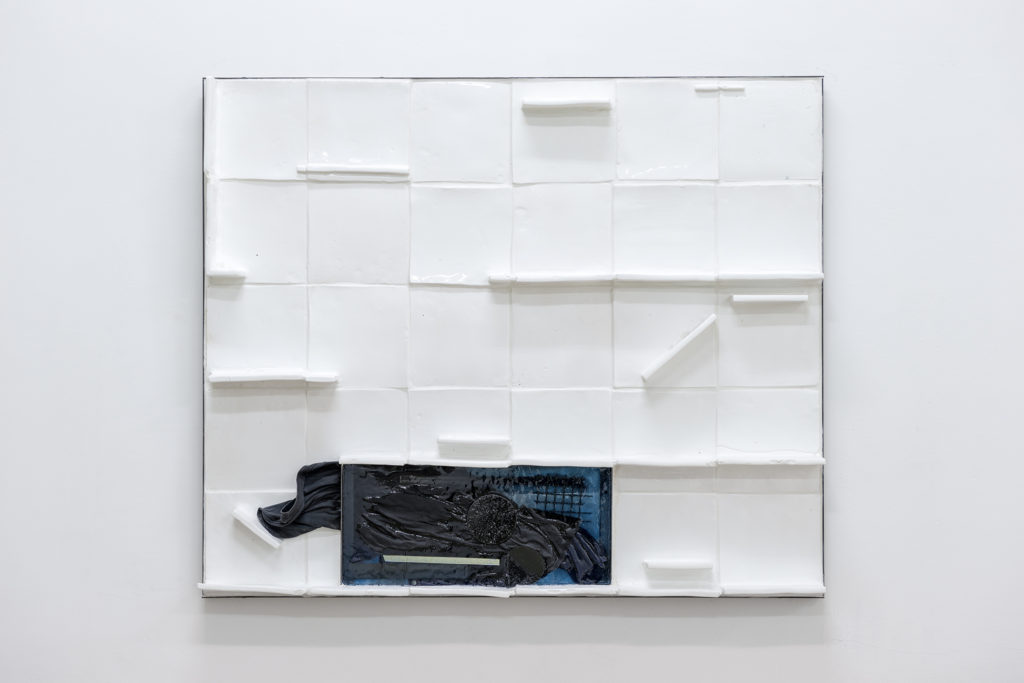 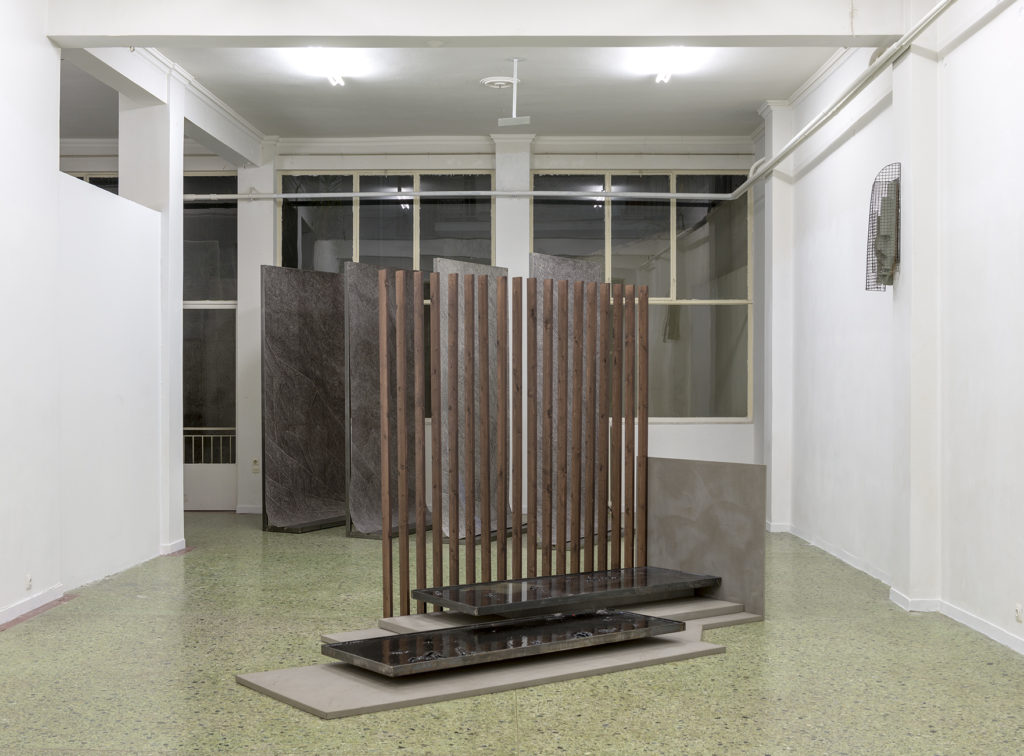 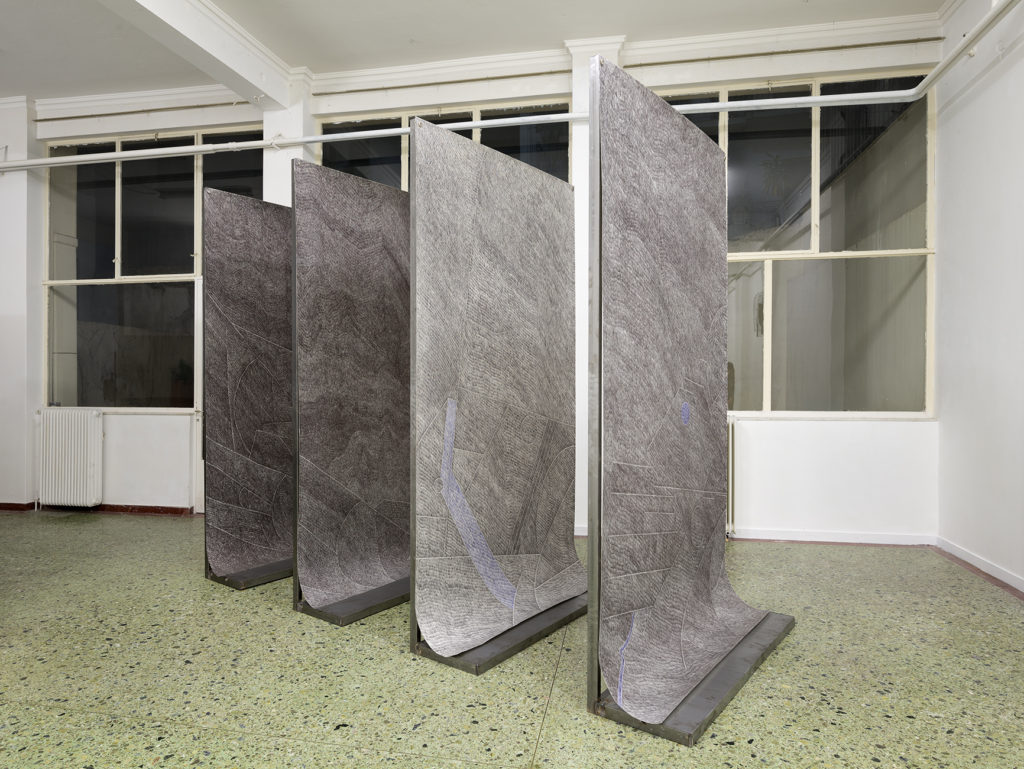 Blue-black layer over the White city

Alexandros Tzannis, one of the most interesting voices in the contemporary greek art landscape, will be presenting a new body of works that are in reference to, an inspiration from and an address to the city he was born in and lives: Athens.

Tzannis has been working for the last decade with sculpture and drawing, creating environments that challenge the frontiers of his life in the city. His artistic process involves collecting the forms of fragments of the city today and the found objects that create the assemblage of what is currently giving Athens its character or what has at times defined or altered it. All these elements are gathered partly in order for the artist to re-construct what he calls a stage, that wishes to articulate the mysteries of Athens, but also to evoke the feeling of living in a city that since its creation has witnessed severe transformations.

Athens remains architecturally a very specific and idisoyncratic location. The political, social and economic footprints of the last thirty years have played an important role in defining the architectural but also general environment of the Athenian landscape. The extensive building during the 50s and 60s, gave Athens a new name that of the “White City”, referenced in many international touristic campaigns of previous years.

Furthermore, the Athenian landscape offers an evident layering of ancient, modern and contemporary references that are patchworked together, creating an assymetric but rich backdrop for our daily lives. From the beautiful entrances of marble “polykatoikies” (blocks of flats) of the sixties, to the underground bars that remain in neighbourhoods that used to host middle-class dreams but are now the ones chosen by its new marginalised inhabitants, Athens offers a blue melancholic disposition to its dwellers and visitors. The melange of East and West, together with architectural constructions that begun as drafts but remain drafts together with solid finished buildings, are part of the scenery that interests the artist. His final product, is a stage, into which we invites us to participate as bodies, in order to become part of its tableau vivant.

In many of his sculptures Tzannis literally depicts these elements by using raw concrete and wood, in formations that one would find in construction sites. He is fascinated by the city’s silent mundane corners: the entrance steps of the blocks of flats that constitute its centre, the dirty in-betweens of yards and the hidden underground forgotten bars and their stages, that have kept their initial designs and architecture but also their clientele, that seems unphased by the passage of time.

Alexandros Tzannis was born in Athens in 1979. He studied in the Athens School of Fine Arts. His work combines figurative and abstract elements, idealistic and symbolic characteristics, decorative and allegorical connotations, whilst it references hieroglyphics and science fiction iconography. His work operates on one basic axon: that our contemporary historical situation demands archaeologies for the future and not prophesies of the past.

Blue-black layer over the White city