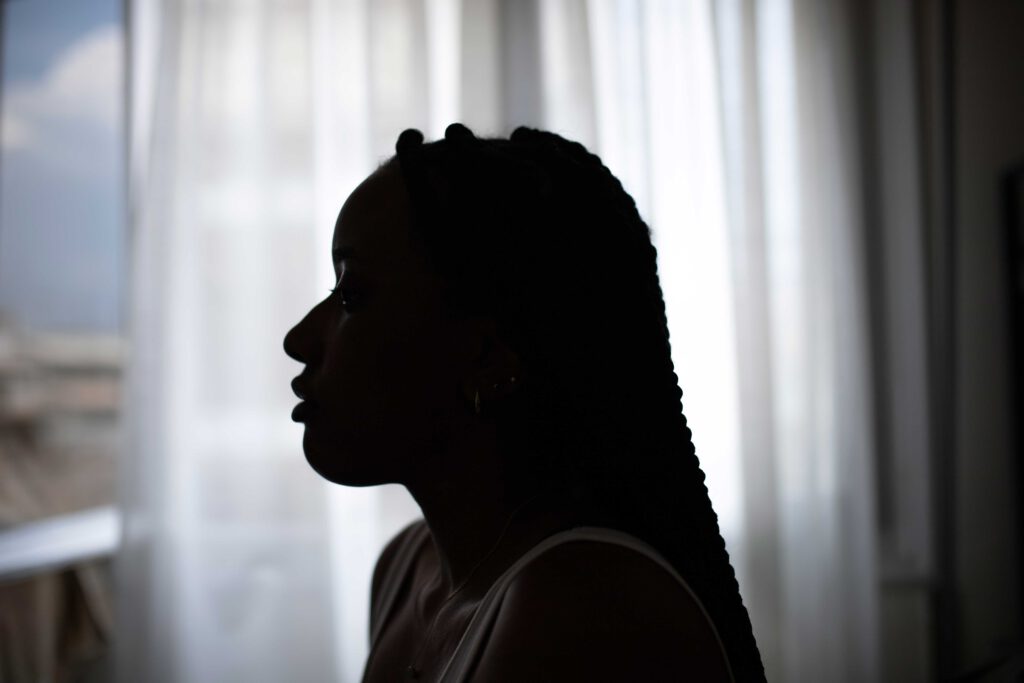 I am Afro Greek: Black portraiture in Greece

What does a nation mean, what constitutes a sense of belonging?

State of Concept is happy to open its new year programme with the presentation of a project by Adéọlá Naomi Adérè̩mí as part of the public programme of “Kapwani Kiwanga: Deposits” an exhibition that is on until the 12th of February.

Adérè̩mí has been researching in her work the role of language in self-determination and identity. This prompted her to embark on an inquiry in 2017 of the term AfroGreek, a newly discussed term that, belatedly, followed similar discussions on self-determination from other Afroeuropean communities. In 2018 and before the global pandemic, Adéọlá Naomi Adérè̩mí together with Jackie Abhulimen interviewed several Afrogreek citizens and denizens, discussing ideas of racism, identity, nation building and their views on the term itself, creating a film that State of Concept was honoured to support. It is with great pleasure that we present this film to the public, in a time where discriminatory speech, racism, and xenophobia are rising in Greek society, and after two years of a global pandemic, that have augmented in European and global level sentiments of nationalism.

Online screening 20th of January at 7 pm via our Facebook live stream, with a discussion with Jerome Kaluta, Jessica Anosike, and Adéọlá Naomi Adérè̩mí. Click here to join the event.

Please read below a note by the filmmaker Adéọlá Naomi Adérè̩mí on ‘I am Afro Greek: Black portraiture in Greece’:

This film explores the stories of our fellow citizens, a portrayal of Black Greeks, a story of AfroGreeks from the AfroGreeks themselves. In this film, AfroGreeks are taking ownership of their stories boldly and courageously as they invite you all into their lives and experiences. This film is produced and directed by Adéọlá Naomi Adérè̩mí MPH, FRSA.

Greece is thought to be among one of the EU countries with the highest percentage of Black people in its population. I said “thought” as we have no data on the official number of AfroGreeks in Greece because the European Union has opted out from collecting what they call racialised data contrary to in the United Kingdom, for instance.

However, this is not the only problem in Greece in reference to the recognition of its diverse populace. Greece is defined by racial inequalities that often times stem from anti-Black rhetoric. In order for our country to deal with this issue, Greece needs to address its multicultural reality and engage in a dialogue about race and racialisation with its AfroGreek citizens. But how can Greece achieve this?

First of all, we need to acknowledge there is a history of AfroGreeks in the country. The first known AfroGreeks settled in the northern part of Greece at the border with Turkey during the Ottoman period, said to be enslaved Africans from the Ottoman empire in what is today known as the small town of Avaton. Other historical traces of AfroGreeks have them settled in Greek islands such as Crete, during the same period (possibly due to the transatlantic slave passage) who are called Halikoutides.

These people were assimilated into these rural Greek communities but never represented in the general Greek discourse as citizens. However, in the 20th century, with the migration influx in Greece during the 1970s from sub-Saharan African countries, an increase of Greek people of African descent has been observed in Urban Greek spaces, whose parents were either part of the early Afrogreeks or part of the new migratory populations. These young emerging populations with migrant parents born and educated in Greece are estimated to be around 300,000 people. These second and third generations of people with African heritage are shaping and contributing to Greek society but are also marginalised, erased, or even challenged when it comes to their Greek identity in our society.

According to the racist violence recording network report in 2018, the racial discrimination in the context of citizenship has been highlighted by the UN Special Rapporteur on modern forms of racism, racial discrimination, xenophobia, and intolerance, and she concludes that for nationalism, in its broad sense, the nation is perceived in terms of blood ties and origin.

Black Greeks or AfroGreeks, despite that some now have citizenship, are still being seen as foreigners or even referred to as immigrants in the country of their birth and upbringing. Furthermore, an unknown number of Greek-born children of immigrants remain stateless if they cannot take their parent’s nationality at birth before the year 2008.

The majority of heterogeneous white Greeks do not accept or comprehend that AfroGreeks exist, except for some exceptional situations such as that of the Adetokunbo brothers, four athletes who have become professional basketball players in the NBA. The current Milwaukee Bucks NBA player Giannis Adetokounbo and his siblings are a famous but rare example of an Afro-Greek that has received citizenship, due to their exceptional athletic careers (citizenship granted after he was drafted by an NBA team).

There are thousands of AfroGreeks in Greek society that have had exceptional contributions to society but remain unrecognised.

This can change primarily by acknowledging the demographic diversity in all social spheres by addressing the lack of visibility and inclusion of Greeks of African descent in the dominant narrative of Greece.

Moreover, the exceptionalism that the state showed in cases such as the Adetokunbo brothers leads to more discrimination and exclusion with narratives from the nationalist parts of society for the “not famous enough” “not useful enough” discrimination, and racism for all other AfroGreeks in all facets of Greek society. How can we end this? What are the mechanisms that will lead to an informed, inclusive, fair, and racially just Greek society?

Adéọlá Naomi Adérè̩mí is a Nigerian-Greek raised in Niger, Nigeria, and Greece and is currently living between West Africa and Western Europe. She is a multilingual, multi-local, and multi-format creative, scholar, policy analyst, and healer. Her work and activism focus on the intersections of social justice, health, Black feminism, class, and race. She is a passionate advocate on issues concerning Gender-Based Violence, human trafficking, gender equality, women’s health, and equal representation for voices of women of African descent in the media.

Jessica Onyinyechi Anosike is 25 years old and she is from Nigeria, specifically from Imo State. She was born in Lagos Nigeria and moved to Athens Greece at the age of 4, which makes it 21 years in Greece. She studies journalism but currently works as an AFROfitness Instructor and dancer (she performs African traditional / African modern dance). Sometimes she works as a backup singer for an afro-jazz band and that’s not all, she’s into so many things such as presenting, acting, editing, video shooting. Before entering journalism school, she worked for 2 years as a presenter/ journalist at the Greek tv channel named Rise Tv. Her love for video, editing & presenting grew from that.

Jerome Kaluta, known to many by the name Gerasimos, was born and raised in Athens. He is a singer and actor and in the past years he has been living in between music stages, theatre stages and film sets. Through his art he wants to unite the world and meet people with each other, for this reason he created Afrogreco.

The film “I am Afro Greek: Black portraiture in Greece” was supported by State of Concept Athens.

The exhibition “Deposits” is supported by Institut Français.