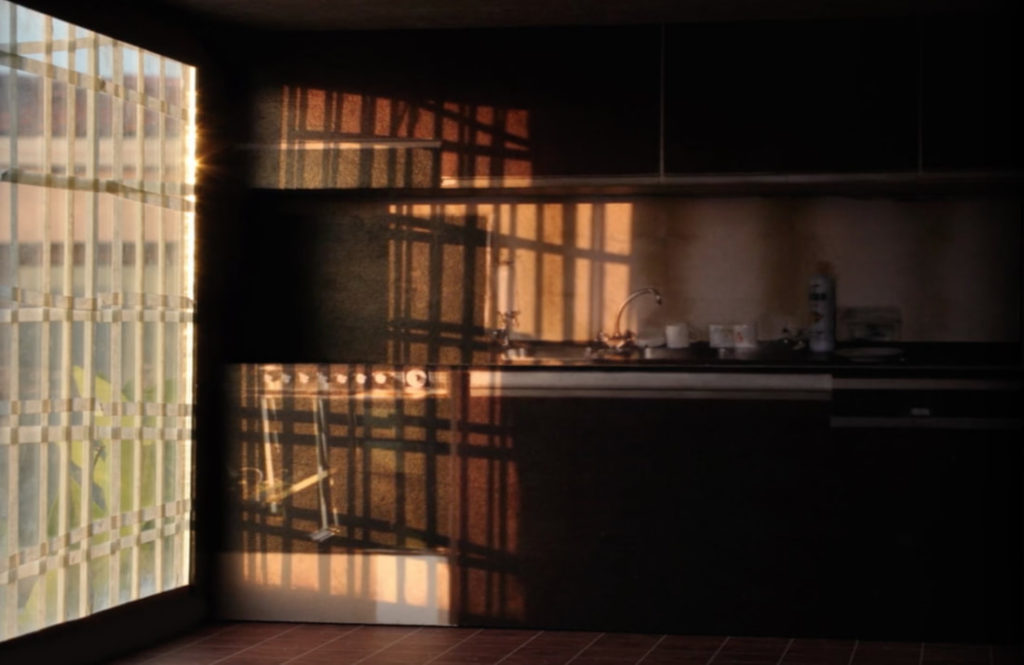 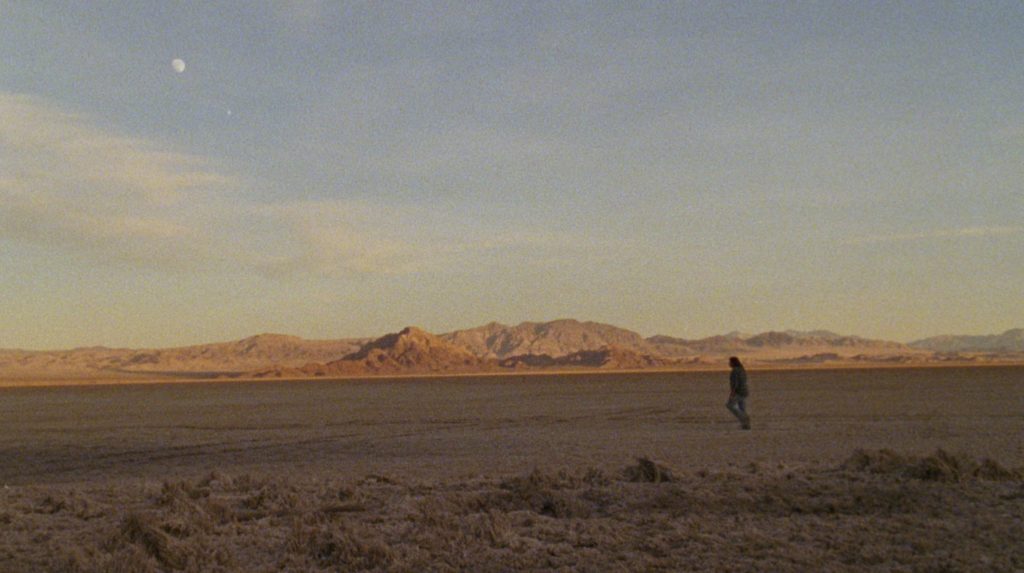 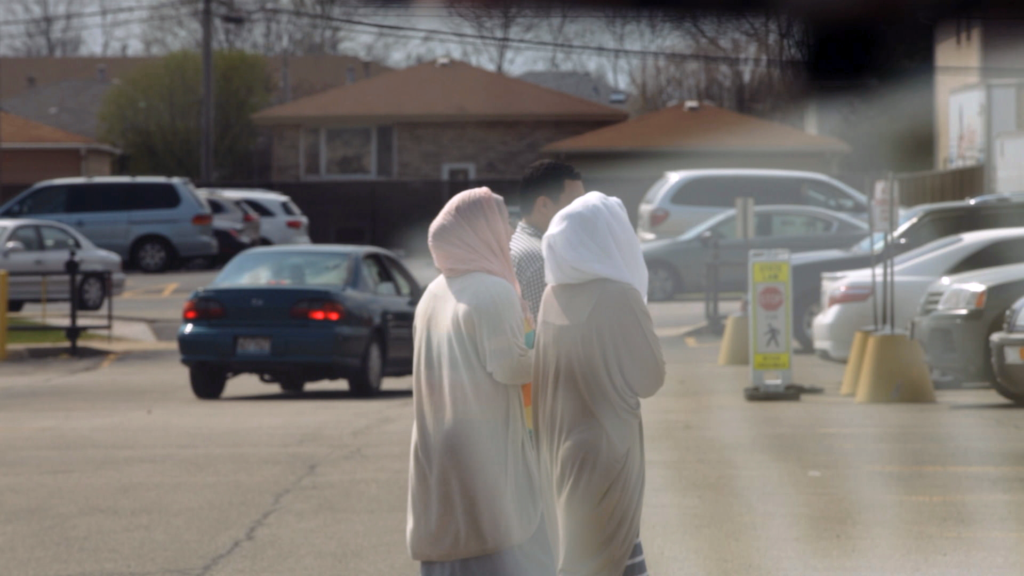 As the world is turning right, and xenophobic discourse is taking centre stage, stereotypes and racist rhetorics on different cultures, religions and their constituencies are again coming to the fore.

In Greece, these rhetorics have accentuated from 2014 onwards, when large numbers of persons that fled war, conflict and climate disaster, or were on a quest for better living conditions, arrived at its shores. What has been mainly known as the refugee crisis, is however a condition, that is not new. War,conflict and financial crises have been for eons creating new waves of refugees. The (current) global migrant crisis, is the most tangible manifestation of a trajectory that has been slowly building since colonialism.

The role of culture in creating new narratives that are based in concepts of equality, hospitality, solidarity and understanding, is now more urgent than ever. For this reason, State of Concept has decided to inaugurate a new programming chapter entitled “Xen(i)os” addressing the problematics between the binary of guest-host, in a world that is becoming all the more xenophobic. It is further addressing the histories of hospitality, care and hosting, in relationship to the multicultural policies that have defined the modern West. The title derives from the concept of “Xenios Zeus” the hospitable god Zeus, but also from the concept of “xenos” (l’etranger, the stranger). We will be looking at otherness from a feminist intersectional perspective, stemming from both the local and the global. As Greece is defined as a place of the “global south” we will be looking for South to South synergies that look into feminist forms of practice of hospitality, solidarity and care. One of the iterations of this trajectory is a new screening program entitled Arab Feminist Films.

Many artists and documentary filmmakers took the opportunity to tell the world about the social and political struggles that peoples of the Arab region have been enduring.  The Arab Feminist Films program is a tribute to  women from the Arab world.

The Arab Feminist Films – AFF is an initiative of State of Concept, which aims to become a festival staple event in the cultural scene of Athens.

The struggle for Muslim women’s emancipation is often portrayed stereotypically as a showdown between Western and Islamic values, but Arab feminism has existed for more than a century. And its unique history is shaped by, and inseparable from, assertions of national identity and the fight for liberation from colonialism. This groundbreaking documentary recounts Arab feminism’s largely unknown story, from its taboo-shattering birth in Egypt by feminist pioneers up through viral Internet campaigns by today’s tech-savvy young activists. Moving from Tunisia to Egypt, Algeria, Morocco, Lebanon and Saudi Arabia, filmmaker and author Feriel Ben Mahmoud tracks the progress of Arab women in their long march to assert their full rights and achieve empowerment. En route, Feminism Inshallah also considers the paradoxes of limited championship by conservative forces and regimes, as well as the setbacks imposed by Arab geopolitics and the rise of religious fundamentalism.

This short film is an exploration of the relationship between cinema and contemporary video and performance art. Marwa Arsanios takes Gillo Pontecorvo’s 1966 film, The Battle of Algiers and explores the representations of Algerian freedom fighter, Jamila Bouhired. From her role in the film, to her assimilation and promotion through Cairo’s Al-Hilal magazine, the performance attempts to look at the history of socialist projects (Egypt), anti-colonial wars (Algeria), and the way they have promoted and marginalized feminist projects.

In the Arab-American neighborhood outside of Chicago where director Assia Boundaoui grew up, most of her neighbors think they have been under surveillance for over a decade. While investigating their experiences, Assia uncovers tens of thousands of pages of FBI documents that prove her hometown was the subject of one of the largest counterterrorism investigations ever conducted in the U.S. before 9/11, code-named “Operation Vulgar Betrayal.” With unprecedented access, The Feeling of Being Watched weaves the personal and the political as it follows the filmmaker’s examination of why her community fell under blanket government surveillance. Assia struggles to disrupt the government secrecy shrouding what happened and takes the FBI to federal court to compel them to make the records they collected about her community public. In the process, she confronts long-hidden truths about the FBI’s relationship to her community. The Feeling of Being Watched follows Assia as she pieces together this secret FBI operation, while grappling with the effects of a lifetime of surveillance on herself and her family.

Radiance of Résistance tells the story of Janna Ayyad 9 years old, and Ahed Tamimi 14 years old that live under military occupation in Nabi Saleh, Palestine. Janna Ayyad has been called the youngest journalist in Palestine. Ahed won the Handala Courage Award from Turkey when she was 13 and met with Prime Minister Recep Tayyip Erdogan. This film will take an intimate look at their everyday lives and their importance as the new generation of Palestinian non-violent resistance.

Dreams of popular revolution, erased by civil war. A young girl martyred at a factory strike in Beirut in 1972 – her identity shrouded in mystery. A meditation on revolution, cinema and their possibilities, past and present.

A car with a loudspeaker on its roof is driving through southern Lebanon. The old man at the wheel is calling for people to join a demonstration to support their brothers and sisters who’ve occupied a tobacco company and are now being besieged by the army. His words come from the past, as he’s referring to events from 1973 – events that few remember today. Neither the protests made by the tobacco farmers from the south against the large landholders’ monopoly nor the strike for better working conditions by workers at a Beirut chocolate factory are anchored in the country’s collective memory. All recollection of this social movement was erased by the civil war and society has since been marked by deep sectarian divisions. Looking for both a lost era and strategies able to be applied to current struggles, the filmmaker sets out in search of clues. Starting from the death of a young woman killed during the strike, she asks questions of the activists of the time, archival photos, documentaries from the 1970s, her own person and the possibilities for militant action in film and society. The layering of these diverse materials allows the old man’s pleas to reverberate in the present day.

“Records from the Excited State” (2010-present), a chaptered work, is an ongoing study of “the rhythms of the site of leisure” along Egypt’s coastline. Since the 1970’s the government has pushed the development of local tourism encouraging the building of compounds along the North Coast. She uses many methods to mine the site: visits, walks, people, studies, traveling with birds…. “Chapter 3: Lost Referents of Some Attraction” (2012) revolving around five characters wandering on the edge of a narrative, anticipating employment into meaning along three scenes in landscape: a salt flat, a beach, and an empty plot consigned to a nuclear power plant in the future.

Imm Ali lives with her family in a village in South Lebanon, a few kilometers from the Israeli border. She sells women’s clothes in her house. In a final effort to expand her business, she installs a luminous sign, the first in the village. But a few hours later, the neon sign goes out.

Frontiers of Dreams and Fears tells the story of two Palestinian teenage refugee girls, Mona from Shatila camp in Lebanon and Manar from Dheisha camp in Palestine. Living in refugee camps miles apart, the two girls manage to communicate with each other despite the overwhelming barriers separatingthem. Shot in 2000 in the aftermath of the liberation of south Lebanon from Israeli occupation and the beginning of the second Palestinian Intifada, the film explores the intense connections formed between young refugees whose insights about displacement and occupation defy their age.

TAN (body in farsi) is an experimental documentary which confronts the relationship between the physical body and the social body of two generations observed in contemporary Iran. The first generation having participated in the Iran-Iraq war sacrificed their body to the service of their ideas, while the younger generation, on the contrary, lives in a cult of the body. The film illustrates this point through the meeting of Ismail, Alireza and Hadi. Throughout the film, the real life of the living models and the plastic universe of the artist’s drawings intertwine.

The film is entirely generated from a single archive photograph taken of the kitchen in the flat where her family lived, just before their migration in 1989, during the Lebanese civil war. From this archive photograph, 1,690 images were generated to make up the four minute and fifty second stop frame animation. Each image occupies a single moment within a day, narrated by a testimony which outlines the specific pressures that led to the family’s decision to emigrate.

Ouroboros is acclaimed visual artist Basma Alsharif’s first feature film. This experimental film is an homage to the Gaza Strip and to the possibility of hope based on the eternal return.The film follows a man through five different landscapes, upending mass-mediated representation of trauma. A journey outside of time, marking the end as the beginning, exploring the subject of the eternal return and how we move forward when all is lost. Basma Alsharif is a visual artist using moving and still images, sound, and language, to explore the anonymous individual in relation to political history and collective memory.

This film is a cry from the heart of the Medina of Casablanca for its inhabitants and their memory but, above all, for a more humanitarian world. At night, the Medina is embodied by the figure of a draped woman who rides through the alleys. Her mysterious voice comes out of the silence, speaking to the world she once welcomed with open arms; a world which has betrayed her through a stifling economic environment. Her testimony and that of its inhabitants will feed the narrative structure of the film in a poetic way, mixing magic and reality.

In her video Now Eat My Script (2014) the artist enquires about habits and languages of refugees and immigrants in their new countries. Al Solh engages with the moment where history and biography meet. She takes the transit of a sacrificed lamb in the trunk of her relative’s car as a starting point to reflect on the exchange of goods and food between her mother’s family in Syria and her family in Lebanon during periods of conflict. The movement between families becomes a way of questioning the possibility of communicating trauma.

The rituals of Persian warrior training, is seen in combination with the recitations of a young girl coming to terms with her impending womanhood. [ The film is shot and performed by the director, a woman, in two locations in Iran where women’s presence is prohibited: the “House of Strength” and a public men’s bath. ] Making a stage from two public spaces in Iran which women are prohibited from entering, Maryam Tafakory’s depiction of men and women coming of age draws parallels while commenting on this separation of the genders. The authority of tradition is metaphorically undermined by obstructed onscreen text, while a woman’s low hums and whispers remind us of the presence of the body in the enactment of rituals.

When the roots start to move and get lost