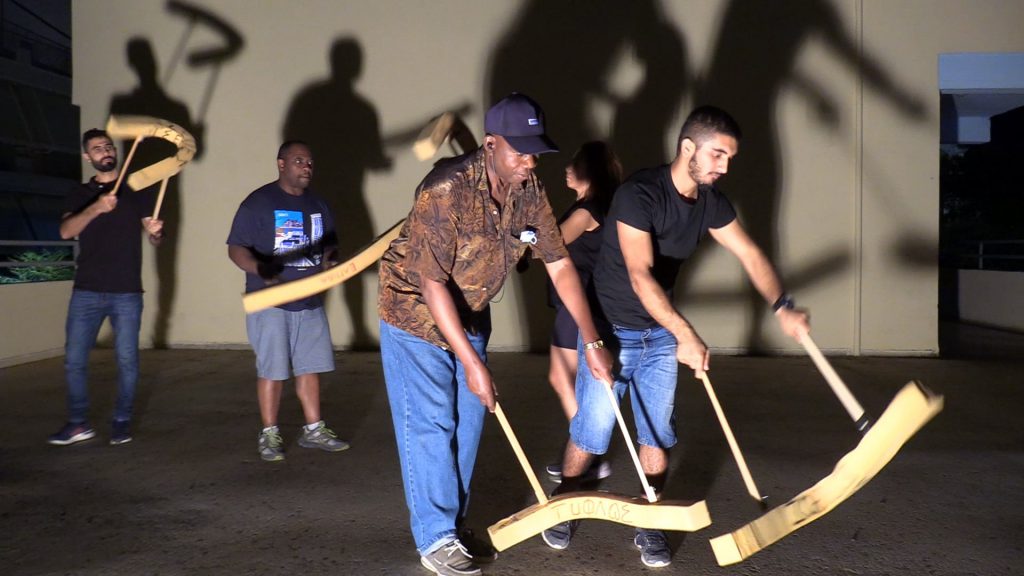 “About the Footprints, what we hide in the pockets and other shadows of hope”

Framer Framed and State of Concept in Athens would like to invite you to an online premiere of the film ‘About the footprints, what we hide in the pockets and other shadows of hope’ by activist Russian collective CHTO DELAT made as part of the public programme of their solo exhibition in Athens. The film will premiere simultaneously on the 9th of June at 20:00 (CEST) for the Netherlands and 21:00 (EEST) for Greece and St. Petersburg via Framer Framed’s YouTube channel.

The 84-minute film is the outcome of CHTO DELAT’s experimentation with integrating key texts by Zapatista spokesperson Subcomandante Marcos within the educational process of learning the Greek language. Along with a seminar delivered by architect Stavros Stavrides in the Open School for Migrants in Piraeus, in which he described the strong relations between the Zapatista movement and political activism in Greece, this process created a new paradigm of learning — somewhere in between real and imaginary concepts.*
The performance on which the film focuses integrates two narratives: the first based on texts written by the Zapatistas, where Durito (a fictional beetle character) metaphorically describes the core sociopolitical ideas of the movement. The second is based on the personal histories of Piraeus Open School participants, refugees who came to Greece from different places of the world. The students worked closely with Stathis Markopoulos, a puppet maker, director and puppet theatre professional (Ayusaya Puppet Theatre), who introduced them to the basic methods of shadow theatre. Their collaboration resulted in the production of a performance as a finissage to this project.